The Prettiest Boy of Them All 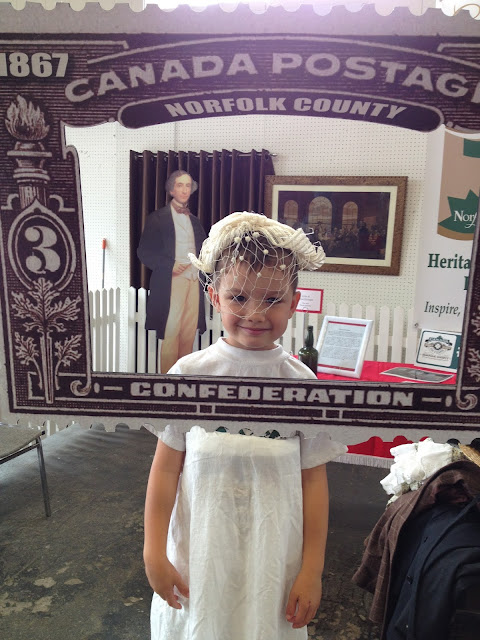 This is from October of 2017 at what I am going to use my observation skill to determine as a Norfolk County Fair. That may not be the exact name of this fair, but I don't have my handy human fact checker nearby, but I remember going and I think Everett won a watch in a raffle.

Anyway, you may notice Everett is in what may be an old timey wedding dress. I remember when he was really young that we went to a wedding and he told me after when he grew up that he couldn't wait to wear his own wedding dress. When he was two, he dressed up as a 'fairy princess' for Halloween and most of the people giving him candy thought he was a little girl.

I know there may be some parents still petrified of their young boys loving dresses or putting on nail polish or doing 'girl stuff'. I laugh at such worries and always allowed my son to embrace the pretty. Often when he was three years old, he would dress up in his 'fairy princess' costume and then proceed to play with giant trucks and dinosaurs. Now, he often pretends to be a pirate or a Jedi going on adventures to defeat the bad guys, but he still has no problem dressing up as a princess and trying on make-up. I think it is healthy for male to not freak out about having a 'feminine' side.

In Everett's case, it was dressing up and playing imagination. He never saw a dress or make-up as a regular part of his wardrobe, but rather just something he enjoyed when it was time to be 'pretty'. I like that he has always been comfortable with that and it was never something that scared me or made me nervous.

I am very proud of the little man he is growing up to be.