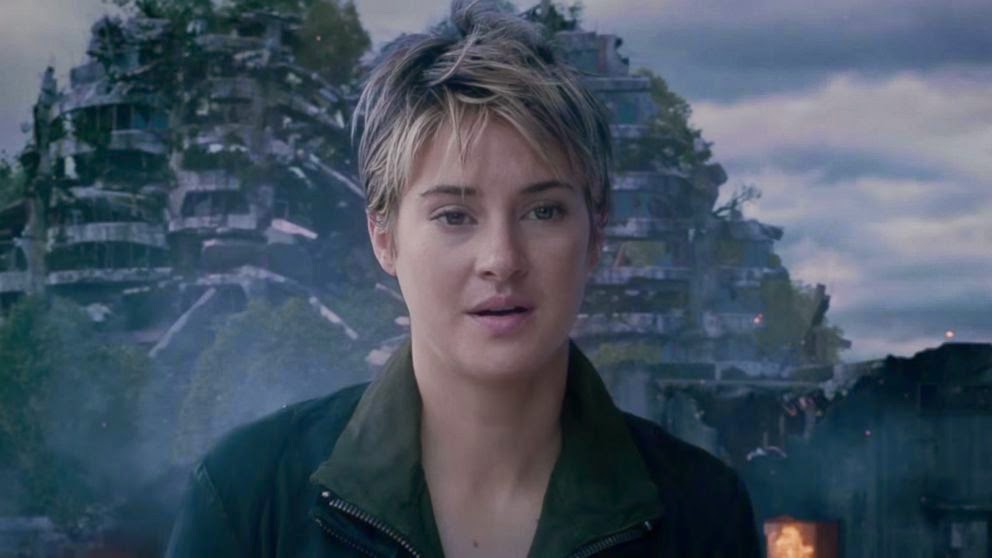 Scott looks at a weekend where the wide releases didn't meet the expectations the studios had for them. Though one picture fared far better and could be considered a decent success, while the other might be the signs of the death of an entire genre.

While it was not able to see a boost over the franchise starter Divergent, Insurgent (seeing a theme with the names?) still was able to have a healthy opening weekend and posted almost the exact same debut take as the first with $54 million. Lionsgate/Summit was not merely hoping for a similar success, but seemed to be banking on a sizeable increase in interest for the franchise. This can be evidenced by the fact that the budget for Insurgent was approximately thirty percent larger than the first film, as well as having an aggressive marketing campaign that highlighted action above everything else. Reaching for the growing franchise can be a bar that is set rather high. Even though The Hunger Games was a success for both audiences and critics, the sophomore attempt only brought an increase of four percent.

The studio was also offering Insurgent in IMAX and 3D, which Divergent did not have, to play off the more ‘epic’ vision of the film the marketing campaign held. In actuality, with the increased ticket prices associated with IMAX and 3D, the fact that this film had the same take as the first one indicates that there were less tickets sold overall. Where this movie really aims to make ground is overseas, where spectacle movies fare better. After its opening weekend, it is already becoming clear that the foreign markets are hungrier for this film. According to Box Office Mojo, Insurgent posted incredible gains over Divergent in France (increasing 71%), the UK (74%) and Brazil (106%).

Before the weekend began, I had a terrible feeling regarding the fate of Sean Penn’s action flick, The Gunman. The genre of older gents picking up guns is a fading sunset, and he arrived too late to the party. With next to no Twitter activity prior to release, The Gunman fell below most expectations and ended up with $5 million. This film should be a tombstone that reminds many others that peril is afoot when believing that it is easy to replicate the success of Taken.

With a rumoured production budget of $40 million, there seems to be no way possible that The Gunman will be able to salvage this situation. The film sits in thirty third spot for worst opening for films opening in over 2,500 theatres and joins the likes of other 2015 releases Blackhat, Mordecai, Unfinished Business, and Strange Magic in the top fifty.

The faith based film Do You Believe? was a very difficult one to predict. These types of movies don’t generally have the same indicators in the build-up. A lot of the success seems to do with the promotion from churches and that sort of word of mouth. Whatever the case, the same level of interest shown in last year’s films God’s Not Dead, Heaven’s For Real, and Son of God could not be found here. Do You Believe? opened to a soft $4 million dollars over 1,320 theatres. It may be the smallest total made from an opening film this week, but it does have the leg up on The Gunman for average money made per theatre, posting a modest $3,030 to Sean Penn’s $1,786.
Box Office Do You Believe? Insurgent Movies The Gunman