For Those Curious About 'Powder' Thanks to 'The Movie Breakdown'. . . 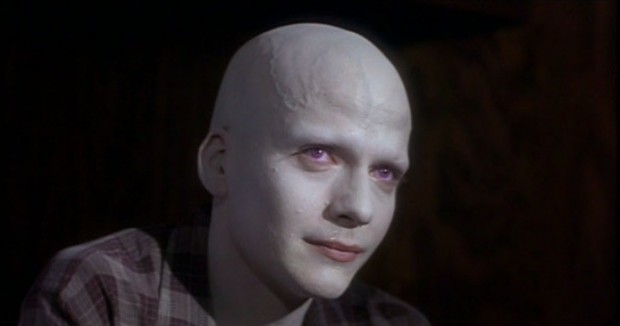 As is tradition, the end of The Movie Breakdown means we randomly shoehorn a reference to an older movie and this week Scott decided to bestow that honour on 1995's Powder. I am not even sure if Scott has ever seen Powder and he probably endorses it as much as he does Dr. Giggles and Down Periscope. I think I've seen it but I need to confess that the teen drama meets Beauty and the Beast mash-up isn't one of the 1990s era movies that have stuck to me. Maybe the mention of the movie has given you an itch for renting it on YouTube (where it is available) or iTunes (where maybe it is?), but you should know that Gene Siskel and Roger Ebert weren't fans. Apparently, a story about an albino boy birthed by lightning and can make spoons stick together lacks believable characters or a well-crafted message. I know, I am shocked as much as you.

If you want more reasons to skip Powder, the director was convicted in 1988 of child pornography and sexually assaulting a 12 year old boy on the set of one of his movies. You may question why a major studio would hire this guy to film a movie, especially one about teenagers, but welcome to Hollywood. He also went on to do Jeepers Creepers, so talent doesn't seem to be the reason for constant work.

Anyway, watching Siskel and Ebert trash Powder is likely more entertaining than the movie, so check that out instead.