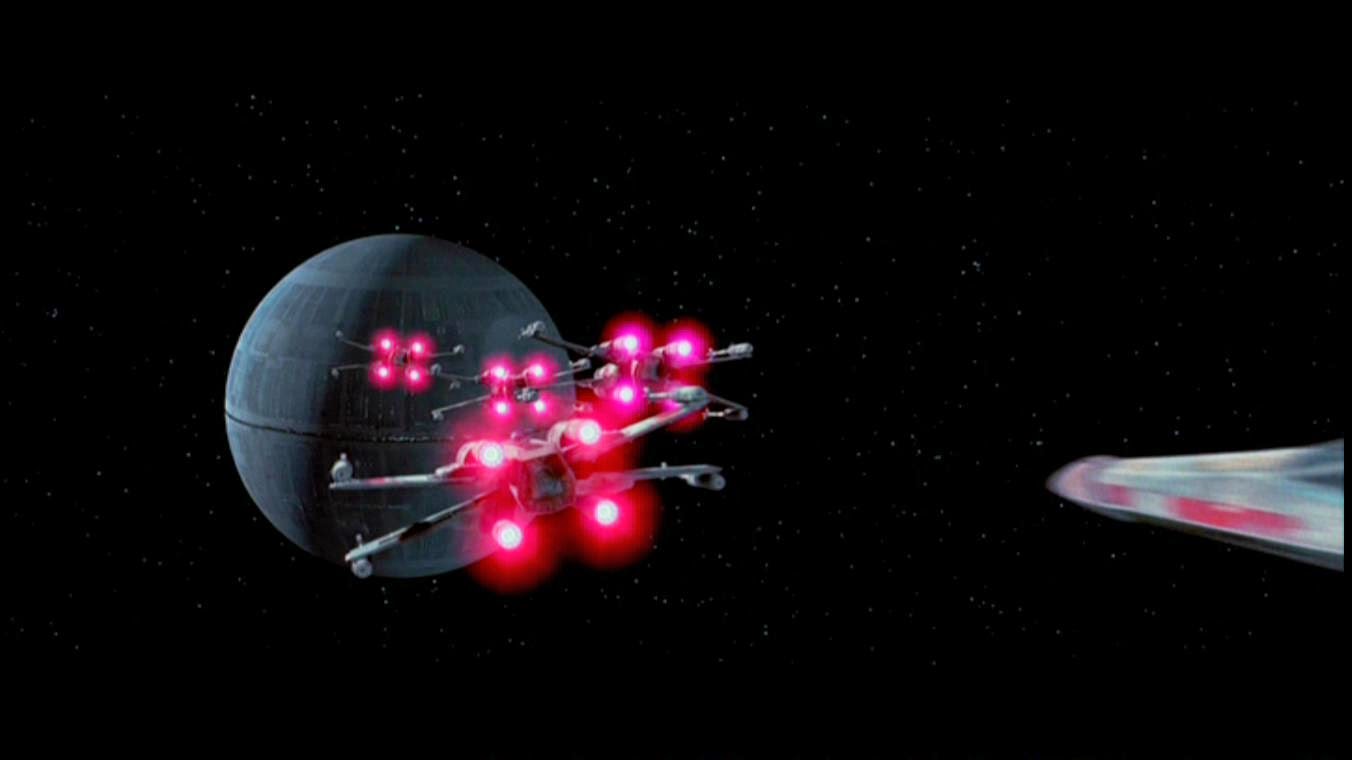 My ambitions of writing on here (more than) daily have been shot down into a fiery rumble this past week, but I have dug down deep to avoid spending a thousand plus words on an excuse disguised as a "State of the Blog Address." Especially since recent Star Wars news has tractor beamed me back here on the site and instilled me with the Force to write several articles on here this week, including several trailers, reviews, and think-pieces that should have been posted here last week.

At the moment, I must talk about news that broke yesterday at the Star Wars Celebration convention in Anaheim, because it is still real hot and feisty.

We finally know to not call them spin-offs or standalone pictures but rather they're "anthology films." It is about time we've got yet another studio buzzword that already had a perfectly suitable name but clearly needed to be "branded" so that every other single studio can parrot it. So, now we live in a wondrous age that every corporate bean counter tries to rally the paying customers with words like "cinematic universe", "reimagining", and finally, "anthology films." I can hardly hold my excitement for "anthology films" of Ghostbusters, Transformers, and Paul Blart: Mall Cop.

Okay, maybe there was something a bit more exciting than new corporate movie talk. Edwards also revealed the plot of next year's Star Wars movie, and it has done something that is rather rare, actually get me excited for a prequel.

I usually stand by the belief that if the story contained in a prequel was really worth telling then it would have been included in the original story and it was left out for a reason. Most prequel movies have largely confirmed that belief with the Star Wars prequels often standing up as the ultimate example for most (my hate isn't as strong but still feel it diminished rather than enhanced the canon while also made one of the coolest villains ever into a whiny dork). The only movie prequel (novels are much better at this) off the top of my head that I can really endorse as an absolute "must-watch" experience (though I openly admit I must be missing another or unaware it is a prequel) is Rupert Wyatt's 2011 Rise of the Planet of the Apes. In in that case, it was less an actual prequel and more an entire reworking and restart of the franchise that only loosely followed rules established by prior movies (the main one being fixing the silliness of Tim Burton's 2001 Planet of the Apes reboot by putting it back on Earth and making humans the cause of the uprising).

Rogue One's synopsis tells us the movie will be about a band of rebels going on a mission to steal the plans to the Death Star. And yes, it is that DEATH STAR, Edwards confirmed that the events will be taking place in-between Revenge of the Sith and the original Star Wars (that some persist on calling A New Hope). The stealing of the plans by the rebellion, which essentially kicks off the major events of the original trilogy, is probably the one unseen event that I've always wanted to witness. It was the rebels first known victory and likely one that took espionage and a daring heist that stars characters that remained unknown in movie canon. There clearly is a fast-paced story that contains a lot of possibility for complex characters and subplots.

The interesting thing is that Edwards claims the picture won't have clear-cut heroes and villains, which is drastically opposed to every previous Star Wars movie that really has never dealt with shades of grey (yes, Han Solo was a scoundrel but there was never any hiding he was one of the good guys), Edwards' comments also oppose the knowledge that the stolen plans were done by the rebels (clearly good guys) from the Empire (very definition of bad guys). How can you have blurred lines with those two groups clearly being what should be the focus of the movie.

The movie is being marketed as a rogue group going on a mission to steal the plans of the Death Star, which leads one to believe these are the event that happen right before the original Star Wars and is about the successful Rebel capturing of those plans. It isn't specifically stated that is the case, though. There is potential this could be a failed attempt at getting the plans. It also isn't necessarily the well-known rebel alliance that tries to get these plans but rather a rogue group with a potentially dastardly agenda for those plans (that is happening while the Civil War rages on). This would then darken the picture considerably with criminals going against the Empire. If it does turn out to be another rogue group that would also solve any need to have characters like a young Princess Leia present in the movie.

Even if this is supposed to be a very different, darker and more ambiguous Star Wars, I can't see the filmmakers ready to serve up a downer ending in a standalone picture where the Empire triumphs by protecting their plans. Plus everyone who is going to watch this particular movie is not only expecting but really wanting to see the Rebels steal the plans. Star Wars is always a crowd pleaser even if our favourite smuggler ends up frozen in carbonite or an appendage goes spiraling down a chasm.

My prediction is that this will be the movie about how the plans actually get stolen. It will also turn out that the Rebel Alliance may have to acquire some outside sources like some less than savory smugglers or bounty hunter to help them out. This may be where Lucasfilms wants to cast Ben Mendelson who is eternally destined to play slimy and untrustworthy folks and would make a fantastic ruthless gun-for-hire that helps out the Rebels for a price.

The picture is also being sold as a war story. I'm sure there will be some in-the-trenches action sequences that are used to provide atmosphere and create the stakes for the big heist. The opening scrolling words of the first movie also makes it clear the plans get stolen during the Rebels first victory that is achieve by a secret base going boom.  At one point I heard an Ocean's Eleven style movie but I'd assume it won't be as light or wacky or comedic, but rather much more action focused. It will likely jump between the first big battle victory to the spies and rogues uncovering the sought after prize.

The other exciting part of this movie is that Felicity Jones is currently being billed as the star. Based off that news and the trailers for The Force Awakens, we will have two straight Star Wars pictures with females in a major role that has them jumping into the action. There was also word bouncing about that we may have our first female fighter pilots in this movie. It is safe to assume Jones is going to have big part in the heist and may even be the leader of the group. All that is clear is she is part of Rebellion and has a strong chance to be the lead. A rather substantial make-up for Edwards' last picture that had the talented Elizabeth Olsen relegated to damsel in distress.

That pesky Star Wars once again has slashed down my pessimism. They've made me actually care about one of these spin-off movies (sorry, anthology), and actually, I'm almost as excited for this movie as I am for this December's big kick-off movie to the newest trilogy.
Felicity Jones Gareth Edwards Movies Musings News Star Wars Star Wars: Rogue One