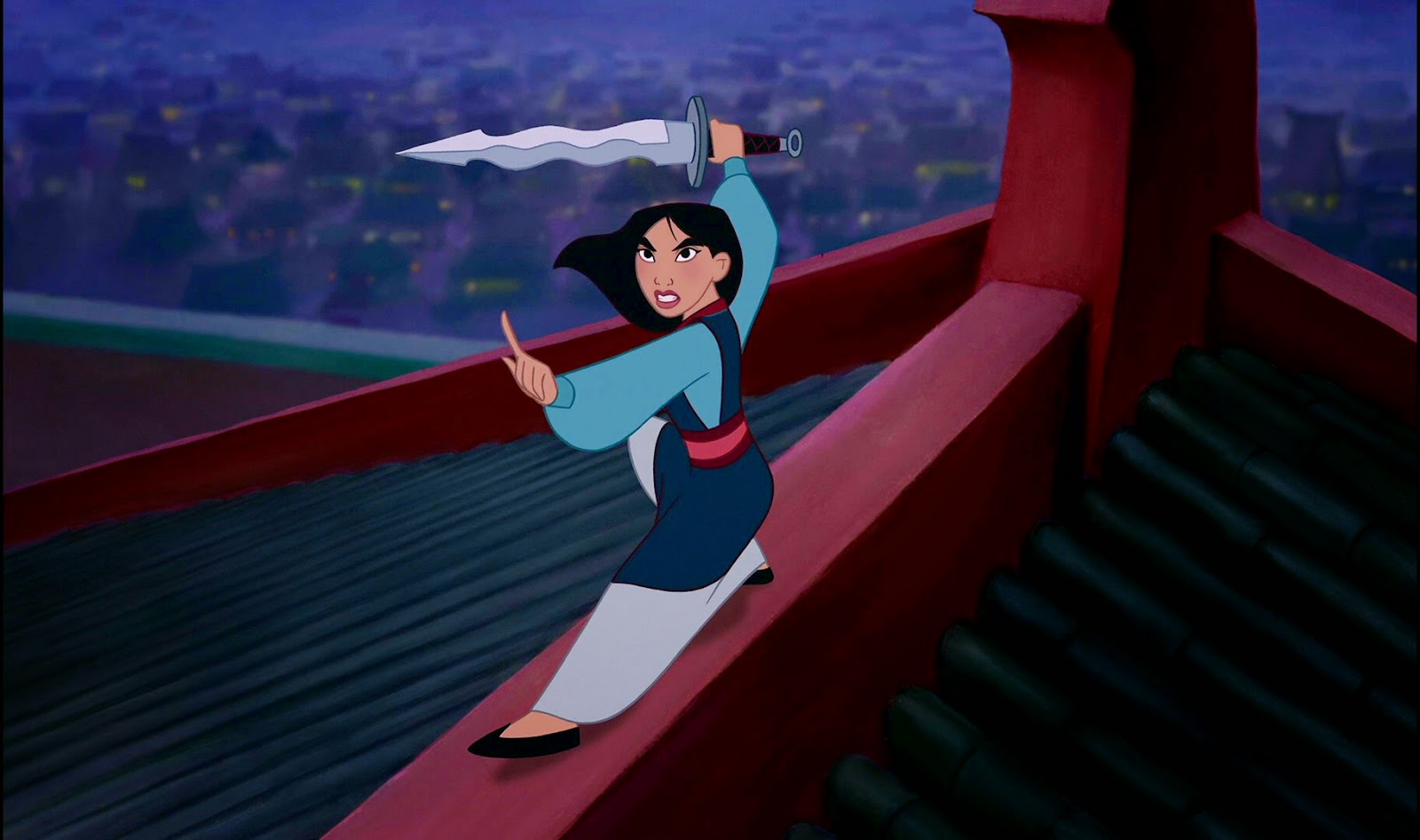 By 2030, I'm convinced that when you refer to a classic Disney feature that you'll instantly be asked, "Are you talking about the old and dated animated version or that hot and fresh live-action version?" Because the future will be populated with crusty curmudgeons who don't realize cartoons rules, but also that Disney will have created live-action adaptations of their entire animated library. To continue with that vision, Hollywood Report had announced that Disney will be making a live-action version of Mulan.

This just isn't a wishing star but a project has the dream moving forward as Disney bought the script from writing team Elizabeth Martin and Lauren Hynek, and also have the We're the Millers and The Hangover series producers, Chris Bender and J.C. Spink because they clearly have a great eye for stories geared at children and families.

A few years back a fad started of taking classic fairy tales and making them "darker" and "grittier." This of course is ignoring the fact that most of the original Grimm tales were actually quite dark with things like rape and severed body parts. On top of that, Snow White and the Huntsman and Jack the Giant Slayer seemed to have misinterpreted the words "dark" and "gritty" for "a more sanitized version of the original" and "smash in a couple Lord of the Rings battle sequences." A fad had begun and Disney realized they could play this game best since they'd already created animated versions of these stories and could just remake those versions with a bit more sword waving and CGIed monsters.

Disney's strategy has churned out big box office hits in Alice in Wonderland, Maleficent and Cinderella. The success means that it isn't really a shock that Mulan has just been announced, and in the coming years we can also expect adaptations of Jungle Book, Beauty and the Beast, Dumbo, and a sequel to Alice in Wonderland. Considering there are two pictures lined up that would seemingly demand talking animals, it doesn't look like anything from their library will scare them off from the live-action kick even if those two movies would presumable be heavily CGIed (unless they've got some incredible animal trainers on the payroll) with little actual live humans.

All the pictures released have strong female protagonist and underlying stories about female empowerment. Actually in the case of movies like Maleficent and Cinderella, have proven to studios that "female blockbusters" are becoming the bankable strategy as more and more teenage boys get wooed away by video games and females make up a huge amount of the cinema attendance.

Wonderland and Maleficent followed the traits of the "dark" fairy tale trend with shoehorned battle sequences and "edgier" scenes (which usually just means you have the squint because the entire scene is shot at night). In the case of Maleficent, the Angeline Jolie vehicle went the riskier route of making the lead the classic villain, though did it in a way of revealing she was actually the wronged hero. It was an actual reworking of the story that did try to set a bit more of a somber and adult tone that balanced that with being still geared towards families by having largely implied violence.

Cinderella stood out by staying pretty faithful to the animated classic except this time the mice don't talk and it isn't a musical. The costume designs and eye-popping sets still made it feel like pure fantasy and is easily the strongest of any of the "fairy tale" adaptation. While it is hard to really compare it to the classic, it did improve on it in some ways by making Cinderella a stronger and more confident character who is the one who really changes, influences, and improves the Prince rather than him rescuing her.

It will be interesting to see how faithful the next crop of adaptations will turn out. The Beauty and Beast at this point sounds like it will be a live-action version of the same movie with actors being cast for parts that already existed in the animated movie including the talking wardrobe (another case of live-action with heavy animation/CGI). Emma Watson has said a few things to make most assume that this version will even end up being a musical, which likely came about after hits like Frozen and Into the Woods have proven the genre doesn't deserve to be buried anymore.

Dumbo seems like an odd feature to turn into live-action considering the main characters are a baby elephant and talking ringmaster mouse. Tim Burton is great at incorporating a gothic and darker tone to pictures geared towards families. Dumbo has always been one of the gloomier and somber animate features, so it may allow Burton to better exploit some of the themes and ideas. Of course, it isn't like you can suddenly make a gritty drama with a movie about a flying elephant.

Mulan is actually one of the animated features that best opens itself up for a live-action remake. Even one that potentially can nail the always sought after PG-13 rating. The story based on the Chinese legend of Hua Mulan who was a young woman who disguised herself as a man so she could fight in the war has great potential to truly be an 'epic'. It could be a legitimate "female blockbuster" that could draw in many demographics (such as those pesky teenage boys) with massive action sequences and grand battles. It will also have characters and an underlying drama that will add complexity and an emotional core. Plus there is the added bonus for Disney that it is exactly the type of movie that could appeal to the most desired market, China.

Lucy last year proved that woman will come out to movies marketed as action pictures if it has a strong female lead. If anything, the last year has proven that there is a demand for complex and well-written female leads in big special effects spectacles. Mulan really has the potential to be that type of movie but also be more than the typical summer popcorn muncher.

Mulan is also the type of story that could potentially get away with the PG-13 movie and shed some of the "childish" aspects of the original. This would really allow it to come off as a legitimate big blockbuster that Disney can get a marketing team behind as the event film of the summer. Though the Mulan name automatically makes one think about the animated feature and that feature may deter some from taking a chance on it since it will seem childish. Or more to the point, PG-13 may hurt it if more just assume it has to be a children's picture.  A name change may be necessary or maybe I'm underestimating the strength of nostalgia.

Cinderella keeping the children story roots actually strengthened it. I was at a screening dominated by women older than me and everyone seemed to come out of it delighted. Pictures like Star Wars or Indiana Jones were epic-feeling movies and the highest grossing of their year without trying to shed the stigma of being a family movie.

There is also the chance that the audience wants a picture that is relatively loyal to the original. You could go darker and more action oriented, but deep down the audience may just want the tiny, cuddly dragon. There is a fine line between catering to the older fans and trying to draw in a new audience by creating something fresh and different out of the source material. Though pictures like Lone Ranger have shown Disney what can happen when you tread too far away from what has been established.

The long-term live-action adaptation plan has potential to be silly. I'm not sure if the world is demanding live-action versions of Lady and the Tramp or The Rescuers. Or how they would look much different than the original animated versions unless it is touching tales of people dressing up as animals. The Mulan choice is probably its strongest and has potential to even rival the original in scope, adventure and emotion.
Cinderella Maleficent Movies Mulan Musings News