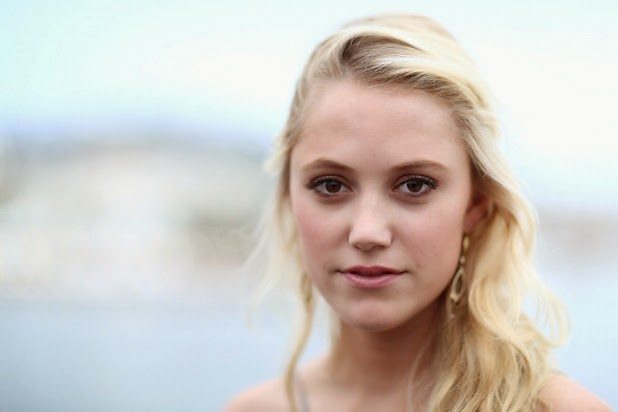 Any listeners of The Movie Breakdown know that I've been won over by Maika Monroe. Her incredibly nuanced performance in It Follows was a major reason for turning the picture into a horror masterpiece as she expertly conveyed both a quiet strength and vulnerability that made her something that is lacking in many modern horror pictures -- a protagonist we desperately want to see alive at the end. She really elevated the material in The Guest in yet another fantastic lead role. She currently is the queen of indy thrillers, but finally, she might have a chance to demonstrate her fantastic talents to a larger audience.

She also has done something that I thought was impossible. She has made he slightly interested in the sequel that no one has ever demanded, Independence Day 2 (though based on current trends, I'm sure the 2 will disappear soon and called something witty like Independence Day: Red, White and Boom), as it has been reported she has signed on to be one of the stars of the movie.  I've be dreading its impending summer 2016 arrival ever since it has been announced this is a real thing rather than a threat to make young children behave properly. This announcement doesn't mean a second chapter makes any more sense or Roland Emmerich will suddenly make a good movie. I do expect many fans out of nostalgia and the need to see things explode will flock out to the cinemas and that does mean Monroe will be seen by many more people. I'm all for talented actors getting more exposure and bargaining power.

Monroe is great because she clearly doesn't look down at genre fare. She has Oscar caliber performances in both The Guest and It Follows, but likely most from the Academy are only vaguely aware such movies exist. The point is she throws her all into movies that higher prestige actors would slum for a pay cheque. The point being that while Bill Pullman and Judd Hirsch may make it very obvious why they returned, Monroe will make the script and story that much more riveting by becoming a character that feels real. Or at least, that is what her past has proven (though she has worked with good scripts).

My only hesitation about her signing is what is the real definition of "starring in"? In the article announcing her signing on, it is also announced she is the "love interest" of the Liam Hemsworth character. A description like "love interest" promises as much depth as "Cheerleader # 3" or "Hotdog Stand Guy." I have fears we may be reliving last year's Godzilla where the best that was found for the super talented Elizabeth Olsen was fretting and running while she awaited her husband to save her. She was a glorified object, and "love interest" makes me fear the same fate for Monroe. Because clearly the character description for Hemsworth won't be "love interest for Monroe". I question how much of an actual star she will be in this movie, but I really hope to be wrong.

Or maybe I want to be right. I really don't want to see this. It is best I'm not given any reason to be excited. Let's ignore that last paragraph and continue pretending this movie is all a bad dream.
Independence Day 2 Maika Monroe Movies Musings News