Tomorrowland Trailer Lets the Imagination Soar (and not Just for Boys) 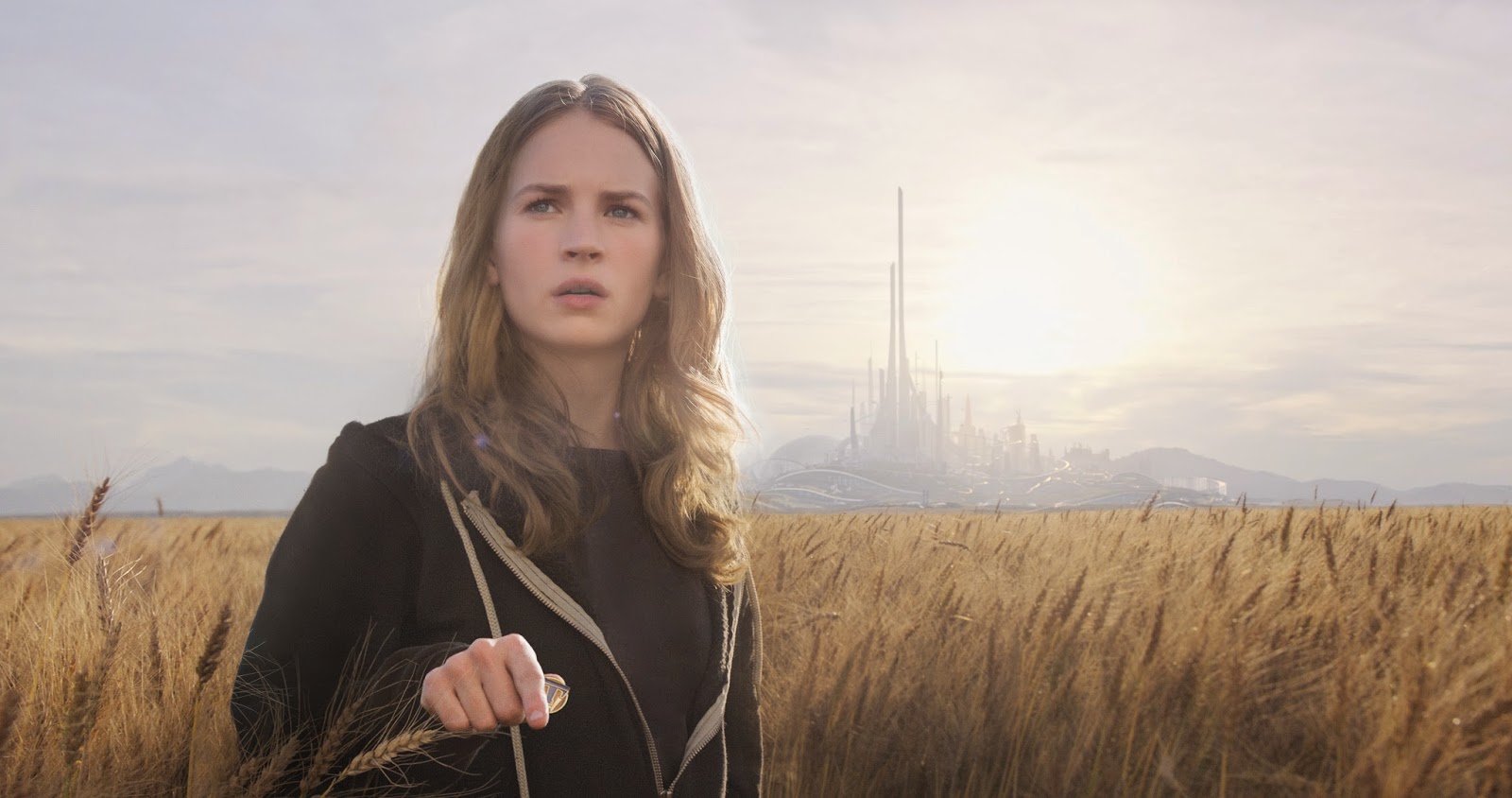 In the early 2000s, I'd probably have sworn off cinema forever if I was told that in the eternal search for the next franchise that Disney would start mining its theme park rides to the point we would have three different possible ride-based franchises. Of course, that would be before Pirates of the Caribbean proved to be a ridiculously fun movie (they only ever made one, right?) and the other two most recent attempts have superstar talented directors attached with Guillermo Del Toro slotted to redo The Haunted Mansion (ignore the Eddie Murphy version, everyone else has) and Brad Bird ready to unveil this May, Tomorrowland.

Brad Bird established himself as one of the hottest and most respected directors by creating instant classic animated features like The Iron Giant, The Incredibles, and Ratatouille. Then he shook everything up by showing he can do great action too with the critically acclaimed, Mission Impossible: Ghost Protocol. He was the name that many fans desperately wanted to be attached to Star Wars but passed on it so he could make this picture for Disney.

This is now the third trailer (okay, okay, fine one was a teaser) and while each one has showcased great set designs and spectacular special effects, the tone of the movie has effectively been quite different. The first was just pure mystery with Britt Robertson's coming across the button and being shocked when touching it transports her to a wheat field that has the view of some magnificent future city (almost like some kind of Tomorrowland). The second revealed important things like George Clooney and a grumpy House-like Hugh Laurie along with knowledge this magical land has had to stay a secret for some reason. The second seems filled with fantasy and hope and possibly dealing with big concept ideas and willing to splash in some real emotion for the summer tentpole season (a thing often absent).

Now, we have the trailer clearly designed to draw in the teenage boys with a long stream of action sequences. Not only action sequences but ones with robot soldiers and laser blasters and plenty of explosions. It was almost like it was begging you to not pass this movie off as something touchy and feeling but really it does want to kick ass.

But the action sequences are well done. It has opened up some interesting story tidbits. I'm curious to see who is behind sending out the robot officers designed to capture poor Robertson. Of course, what caused hermit Clooney to hide away and be so grouchy about a young woman coming to his door. Amongst the action, there are still things I want to find out. I can still see some grander attempts at dealing with social issues through fantastic fiction (actually something Bird did masterfully in The Iron Giant, which is a touching and deep tale that avoids didacticism).

There is definitely enough room for two family-oriented action space operas. I saw enough evidence in the past trailers to believe that this movie does have an ample amount of heart and wants to be more than high tech crashes and smashes. Bird has proven he can also choreograph and design engaging action sequences, and I'm glad a female talent like Robertson is allowed to play along (more importantly, be the central focus). He is also a director that cares about more and understands the best science fiction has always been about something. Even if you don't want to dig, this looks like a marvelous family friendly adventure.

As a kid I once made up a treasure map and then pretended to have found it in my math book. I convinced many of the kids in my class to follow the map during recess and try to find the ancient treasure hidden away in the playground. I was always drawn to the stories of the common and simple kid who gets plunged into an epic adventure like The Goonies or E.T. or Cloak & Dagger or Star Wars (though that kid has the advantage of already living in space so not the same). I still find something incredibly appealing about a story where the average person gets thrown into a magical world and goes on an epic quest, and I'm sure there are many kids that will have their imaginations run wild with modern movies that serve that up. I'm really excited that for a change it is now a girl that gets to go on this adventure and have a chance to be a hero.