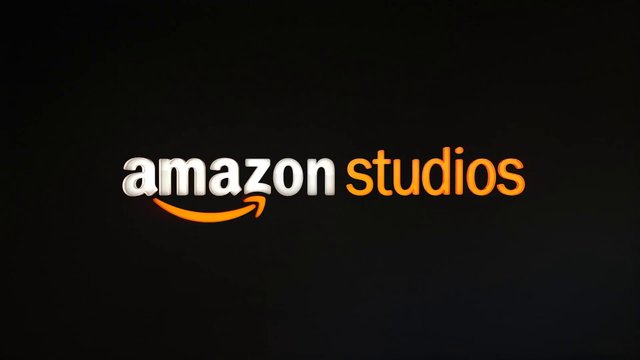 Amazon is continuing its push into the movie industry by purchasing the rights to distribute the Kevin Spacey and Michael Shannon starring Elvis & Nixon.  Both Amazon and Netflix have turned into the equivalent of mid-sized film studios by making aggressive purchases of potential award challengers and financing movies that the big studios no longer back outside of Oscar time.  If you ignore Netflix's four picture deal with Adam Sandler, the streaming services' upcoming slate of original movies will fall under mid-budget adult-focused fare that has largely been missing from the multiplexes now that every major studio is obsessed with their own version of The Avengers.

There is many reasons to get excited about the emergence of Amazon and Netflix as players in the movie industry, but the biggest is just the promise of some actual variety at the mainstream level. Likely most of their pictures aren't entering the multiplexes, but the streaming services are legitimate powerhouse in the entertainment business and their pictures will likely get more mainstream attention than if they were being distributed by a smaller group like A24 or Magnolia (great companies with solid movies but rarely do they have something that catches the masses attention).

It reminds me of the 1970s and 1980s when there were several smaller film studios like Cannon or Orion that specialized in mid to low budget pictures that still had the backing and finances for wide release. They weren't in the league of the big six and they didn't knock out the big summer event spectacles (though Orion birthed the original RoboCop) but they made popular movies that were able to reach all the cinemas with healthy TV advertising and trailers before the big budget tentpoles. They were smaller studios whose pictures that weren't doomed to the arthouses and videos like today.

Netflix and Amazon follows these studios' philosophy as they want to make commercial and popular features but give the filmmaker a large degree of creative control and assure the vision be fulfilled by not following the cookie cutter formula expected from most big budget movies. It is an exciting prospect to see some of the more creative filmmakers like Terry Gilliam, Cary Fukunaga, Jim Jarmusch and the Duplass brothers given a chance to make the movies their passionate about and have a budget to carry it out. Gilliam's deal with Amazon will finally make the long anticipated and never believed would happen passion project, The Man Who Killed Don Quixote, finally become a thing we can watch rather than just hear it be moaned about over how big studios are unwilling to finance it.

Those smaller studios that made wide release mid-budget pictures are no longer around for a reason. The movie culture changed and it was too hard to compete with the big guns and their pictures eventually just didn't earn enough to keep the companies alive. This is where I wonder if Netflix and Amazon trying to become legitimate film studios will become a short term bit of euphoria. The plans are great and great movies will come out of this but do they have a business model to actually sustain film production?

I'm still baffled how this new movie strategy is actually going to make them money. I know Amazon has plans to release their pictures in the cinemas and then after four to eight weeks put it up on their Amazon Prime streaming service. While Netflix is avoiding movie theatres by putting it straight up on their service. Both strategies may not end up being that different as the major movie theatres have proven to throw hissy fits when a distributor doesn't follow the traditional model of putting a movie in the theatre and then waiting three months before going on video. It may be a challenge for Amazon to get any kind of wide release, but with Netflix set on coinciding release dates, it will definitely kill any chance of their movies being screened in any theatre chain of significant size.

The reason this is a problem is that movies make back a budget on theatrical release and in a much smaller degree VOD. The theatrical release isn't going to be substantial unless major theatre chains suddenly feel the pressure to relent on their stringent release windows (which will only happen if they fear losing money by missing out on a big hit). Yet Netflix and Amazon are dropping millions and millions of dollars to buy movies and also have some rather expensive production deals in place. In the case of the Sandler deal it has been reported to be close to what he had with the big studios,which is around $60 million.

I'm baffled in how this is a profitable strategy for the streaming services. Do they think that the promise of a potential Oscar nominated Best Picture or brand new Sandler fart jokes or a new indy darling will trigger a massive jump in subscribers? I'm not sure with Prime but I know with Netflix that there aren't any visible sponsors or advertisers. As I mentioned, there will likely be minimal money recouped at the movie theatres. I'm not master of economy or business, but it seems to me that the only way these movies are going to make money and justify their higher price tag is increased subscriptions. Or maybe this is why Sandler has a deal in place, as he can mentor all filmmakers on how to cram a movie with product placements.

The foray into the movie business seems to be creatively driven. Netflix and Amazon want to give talented directors and writers a chance to make fresh and innovative movies. A chance to give opportunity for creative folks that aren't getting a chance at the big studio level, I love that and it will likely make great movies. I just don't know how long this party can last in the current movie environment.
Amazon Prime Movies Musings Netflix News