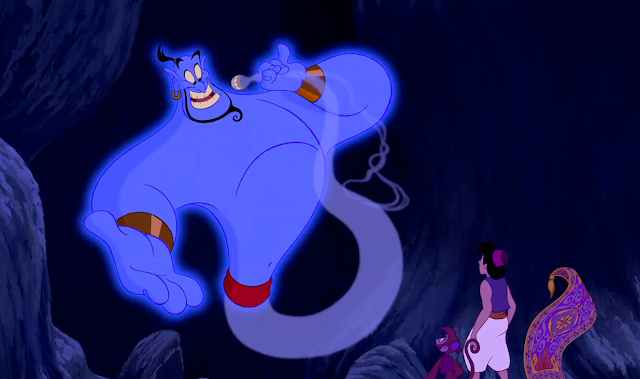 If Disney gets their way we'll end up with about 475 live-action adaptations from their past animated properties. We've already got the straight adaptations of their classic features with scheduled productions like Mulan, Beauty and the Beast, and Dumbo. The Night on Bald Mountain is Disney's foray into taking a scene and stretching it into a full-length live-action adaptation (at least it is from an anthology rather than making a full length movie from Todd and Copper playing tag and being best of friends). Since that just isn't enough in truly clogging up the cinemas with live-action remakes of movies that were perfectly fine without an update, we also got a rebooting or remaking or whatever of a character that we didn't even know existed with a story about the famous prince's little brother in Prince Charming.

If you're getting a less than thrilled tone from me, then I got a double dose of crushing joy with the news that not only do we have another live-action adaptation lined up but this time it is a prequel. You can sense the squeals of joy coming from my office as I learned not only do we get a great animated movie redone with CGI and live-action, but it isn't even that movie but rather all the boring stuff that was left out from the original movie for a reason. We now get an Aladdin prequel in the form of Genies according to Hollywood Reporter. This is apparently a story about how the lovable blue Genie (who sadly can't be played by Robin Williams, so what is the point since that character fully embodied the actor's personality) got trapped in the lamp. This is apparently an action comedy, because forced enslavement is such a gut buster. Is it a typo or are we going to get to see a whole slew of people thrown into an internment camp and forced to make other people's dream come true? I can just see the non-stop laughs coming.

To make this all the more groan worthy, this isn't even going to be a one-off. The plan is for this to be a launcher into the live-action version of Aladdin. I'm left wondering what is the point of the prequel if they're going to redo the original movie anyway? Well, I know the reason -- it is money. I want to cling to hope for there to be a creative and artistic reason.

Maybe I'll be eating my words. Maybe I'll be wrong about this, just like I was wrong about thinking a third Insidious (that also turned out to be a prequel) was an awful idea. I like being proven wrong. I really wish to be wrong here.
Aladdin Disney Movie Musings News Prequels Remakes