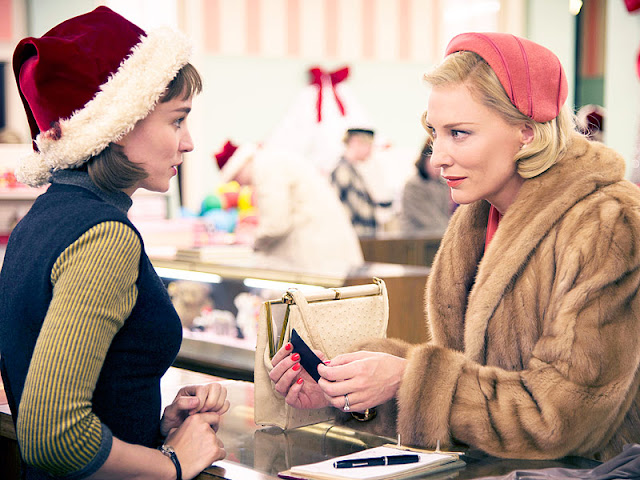 The LGBT community has been a central part of the news this year with Caitlyn Jenner and the huge Supreme Court ruling for same-sex marriage. Even though almost every movie released this year would have had to start filming long before those events, independent pictures like Jenny's Wedding, About Ray, and Stonewall are likely garnering more attention. If they prove to have box office success then it'll likely be the new adult-centric drama subject of choice for the next few years (along with pictures about rap groups).

I'm also pretty sure that this will be a "social issue" year at the Oscars with movies like The Danish Girl and Carol marked as heavy favourites to garner nominations and potential Best Picture shots. Carol has already screened at the Cannes Film Festival where it came out with a substantial amount of positive buzz and most Oscar pundits are betting it is a top thoroughbred in the race. It should be no surprise that both Rooney Mara and Cate Blanchett are also both considered sure things for actor nominations.

The political game is already being played as apparently the picture is actually about Mara's working class character and her budding romance with the married socialite, Carol. Since Blanchett is the more established name and already has a Best Actress win to her credit, Mara is being pegged for the Supporting Actress spot. That type of game playing can be tedious and reminds me of the August Osage County situation where Julia Roberts was the obvious lead of the picture but was campaigned as supporting due to Meryl Streep considered the stronger play.

Outside of Oscar ridiculousness, director Todd Hayne's film adaptation of the Patricia Highsmith novel, The Price of Salt, looks gorgeous and atmospheric and really captures the feel of the big city 1950s. I like the understated feel of the romance but also presents shots that reveal longing and happiness and sorrow. It looks like an emotional roller coaster and the performances are sure to be stunners. Hopefully, this turns into a well a deserved break-out for Mara who along with Carey Mulligan (set to star in Suffragette along with Streep) will hopefully have a huge fall when it comes to recognition for their amazing talents.