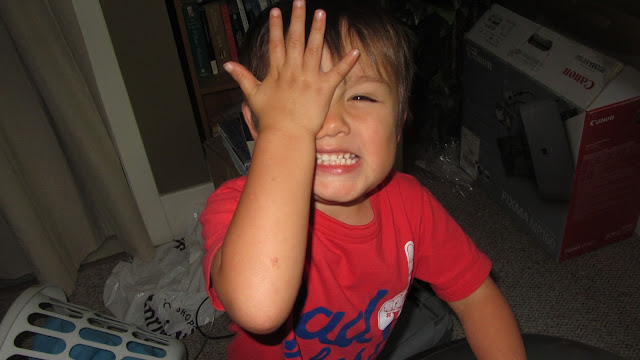 I talked about Everett's first adventure at the cinemas to see The Good Dinosaur during the Breakdown of Star Wars: The Force Awakens Spoiler Edition podcast, but I'm well aware not everyone listens to the show (though you should). I've been meaning to do a quick write-up of the monumental event, so a month later seems like the perfect time.

It was back in the spring that I promised Everett his first visit to the cinema would be The Good Dinosaur, which meant every other week he'd ask me if it was November. He would cheer and dance every time a trailer played on TV. The excitement was partly because he got to see the place his daddy goes to every week but also I promised him popcorn. We didn't end up seeing it in November because I didn't trust he could take the long wait that would be inevitable on opening weekend if we wanted good seats. I also knew if we waited for an emptier screening, I wouldn't have to worry as much about him being a disturbance.

Then I took a gamble that The Good Dinosaur would be a big enough hit to make it out of the Christmas holidays and discovered the last time we'd be able to screen it was Christmas Eve. So, it was a scramble to squeeze in the movie that I promised and then join in on my side of the family's Christmas festivities (and track down a few last minute gifts in-between that). 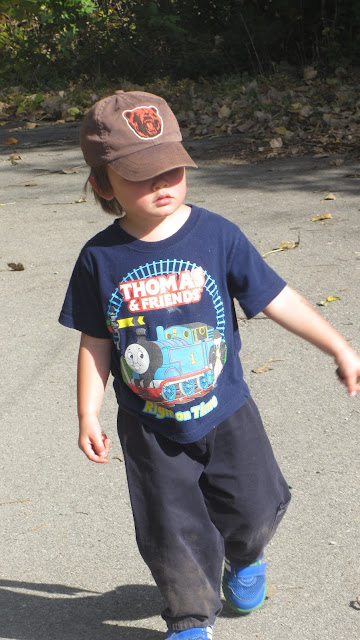 We arrived to the cinema with Everett's little mouth creating smoke with his rapid creation of dialogue. This is the sign that my little boy is thrilled about an upcoming event. I'm still not sure if he was more excited about seeing the movie or buying popcorn. Though he demonstrated great joy in exclaiming to the ticket taker that he was about to see his first movie in the theatre.

Then we entered the auditorium, and Everett's life changed just a bit. I told him it was a bigger screen then the TV at home, but I don't think he truly understood how much bigger. The moment we reached view of the screen, Everett suddenly froze. His mouth formed an 'O' and his eyes widened to dinner plates (or at least the type that could be used by an elf couple). He declared in a voice the whole building could hear, "Woah! It is so big!"

It was a very empty theatre, with just a few families scattered about. Of course, since I let Everett pick out the seats, he chose the very back where we had to shuffle past a few people to get to our spot. Why choose the countless empty rows when you can inconvenience a family buried in snacks and popcorn? Once we got seated, I had to go against something I've promised him on a daily basis. This was the one time that "I can always pause it, Everett" didn't apply for potty emergencies and so he had to head off to the bathroom now. He reassured me this was fine, because all that was on the screen right now was boring commercials. 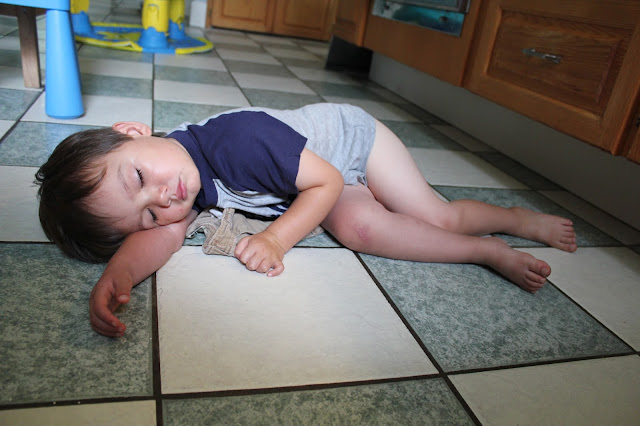 If you listen to Everett's podcast, you'll know that The Good Dinosaur was a hit, since it made his best of the year list two times. This was after he had seen a few more movies at home, so it wasn't even a case of it being the freshest in his mind. While watching him enjoy the movie, I felt the magic of a young child being able to see the story unfold on a giant screen and the sounds swirl all around him. As a person who believes the best way to experience a movie is always at the cinema (and the worst is always on a phone), I loved seeing Everett entranced by the magnificent images on the big screen.

A movie is still a long time for him to sit, even if he is a big age of four (or at this point, two days away from it). There was one point after an hour and ten minutes in, he asked what he could do now, but the option of sitting on my lap was enough to keep him happy right to the end. 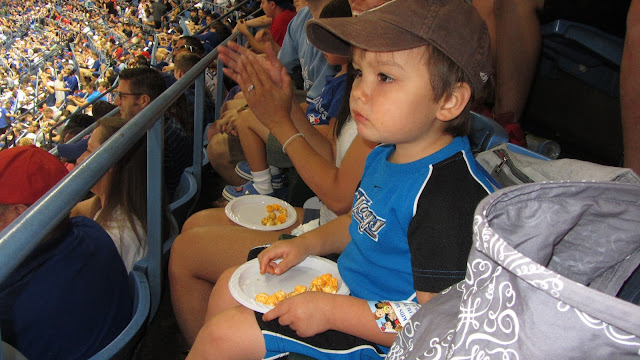 He definitely was engaged for the most part, even when there was no more popcorn to shovel (which he told grandma was the best part). In one scene there are t-rex ranchers that tell the hero, Arlo, to roar at the evil pterodactyls, and since the invitation was given, Everett let out a huge roar too. A little later Arlo's pal, Spot, was stolen, and Everett whispered in my ear, "It is okay daddy, Arlo will save the day."

I think the best sign that the afternoon was a success was when we were leaving and Everett asked when we were coming back to see Zootopia. And that will be the next theatre movie in the young film critic's career. 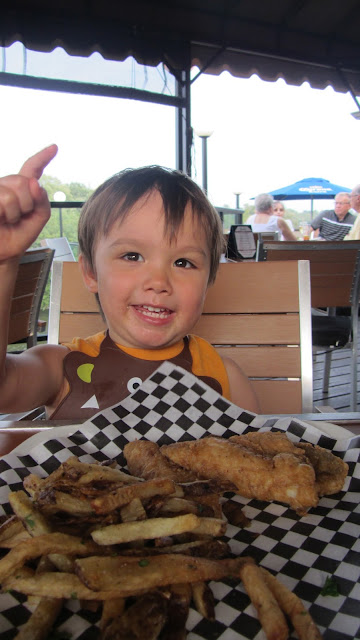