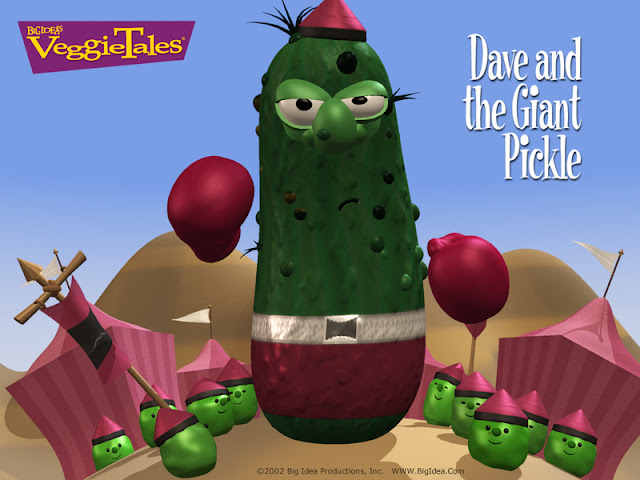 Everett returns this week with another "movie" review (everything he watches on TV is a movie just some are really short) for us. This time around it is an episode of Veggie Tales called 'Dave and the Giant Pickle.' Except don't expect the version you may have seen or the one all the kids were raving about back in the early 2000s. This seems to be an exclusive Special Edition with characters that I don't remember and additional subplots. I'm assuming it will be released for the public shortly after the hotly anticipated Park.