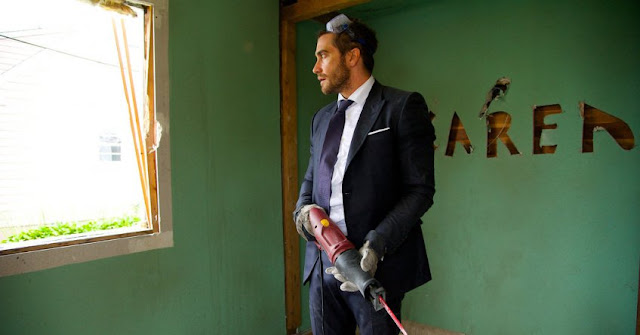 Jake Gyllenhaal is firmly planted in the "if he is in it, then I want to see it" category, That isn't to say every movie he has been in has been good, but his performances elevated fare like Southpaw and Prisoners and make great movies even greater in Nightcrawler and Brokeback Mountain. Much of my interest for Demolition comes from Gyllenhaal being able to play alongside the diverse Naomi Watts. For those that saw this on the festival circuit, they say Judah Lewis has a breakout worthy performance as the rebel kid that warms Gyllenhaal's heart. Jean-Marc Vallee has established himself as a director of Oscar season prestige picture with stuff like Dallas Buyers Club and Wild, which does makes me a little nervous this has been moved into the wasteland of April. I get a kick out of the opening sequences in the trailer with Gyllenhaal's character writing four complaint letters to a vending company. It gives me some hope of quirky and eccentric turns to compliment what feels like a typical "broken man gets a second chance to be happy thanks to a smart-mouthed boy and his mom" drama. This second trailer also has pretty much the same beats and reveals as the first, which either is huge kudos to the marketing team keeping some of the good stuff under wraps or this is really all we're going to get.