My Yearly Foray with Sports 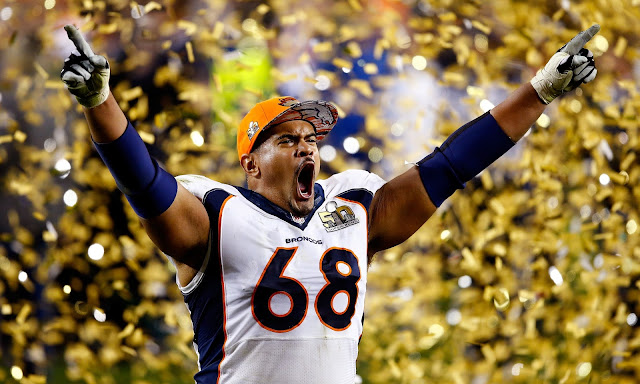 Sinking into the spectacle that is Super Bowl 50, then it hits me that this is the first start to finish football game that I've seen this season. Part of that can be blamed on the Chicago Bears being in an infamous "rebuilding phase" but the bigger reason is that I've just let watching sports slide into the category of "things I'd like to do but don't." This is a system shock for the guy who did his Grade 6 speech on the Toronto Blue Jays, had a subscription to three different sports magazines, played various in-depth sports simulations, had the complete brackets of the play-offs so I could record each team who advanced, and you know, spent time watching sports. My life is now in a spot where any free time that isn't focused on my family is spent on things that I can write about and be paid. I really miss actually knowing the names of current players or being able to tell you who won the Stanley Cup last year or not needing to listen to the commentators to know how the Denver Broncos and Carolina Panthers made it to the Super Bowl.

A few years ago, I almost landed a gig as a twice a week columnist for a fledgling sports web site that would have been my justification for catching lot of games on a regular basis. I even had my first few columns hammered out but was then informed by the editor that they'd need to alter the pay rate for my columns because funds dried up. This was where I informed them that we had a contract with a very specific rate and if that wasn't how we were playing this game then I was taking my ball and going home. So sadly, this has meant that football, hockey, basketball and baseball have been passed aside for scripted television and movies where I've established enough of a relationships with various editors that I can get paid to blabber my thoughts on those forms of entertainment. Super Bowl 50 may not have been the most exciting game in history, but it was enough to remind me that I sure would like to pay more visits to the old friend this year.
Blog Musings Sports Super Bowl 50 Writing