'The Shallows' May Be a Sleeper Hit 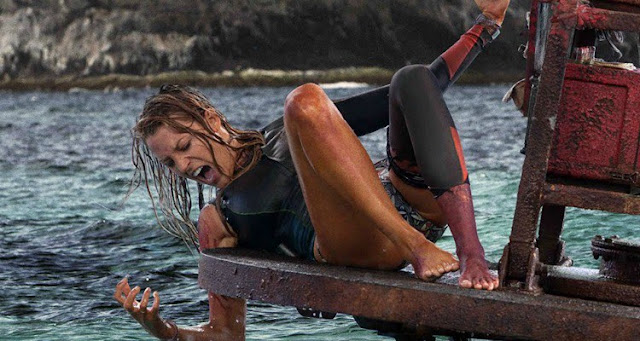 I never would have guessed "Blake Lively being terrorized by a shark" would be one of my most anticipated movies of the summer, yet here I am intrigued by The Shallows. Part of that is due to most of the upcoming big budget special effects spectacles not looking that appealing, but there is a rather big part that has to be credited to an excellent series of trailers. The first trailer did a good job of being unsettling and crafting the feeling of isolation as Lively tried to fend for herself while bleeding on a rock that was being circled by a shark. Then the next trailer was more over-the-top and promised some schlocky b-movie fun with a flare gun being shot out at the shark and a few wild kills. Now, we have this top notch trailer that hints at a movie with a pedigree that will explore the human spirit and the struggle with nature. Every trailer has promised some stylish directing and a solid performance from Lively who is one of those actors that seemed destined for greatness but hasn't quite nailed it. I'm not saying a silly shark movie will be her break out role but this could be the surprise hit of the summer and be a pretty fun time at the cinemas. Of course in a few years, I'll be cursing my current affection when this spawns six sequels about a surfer stuck on a rock being hunted by dangerous marine life such as an octopus and manatee.