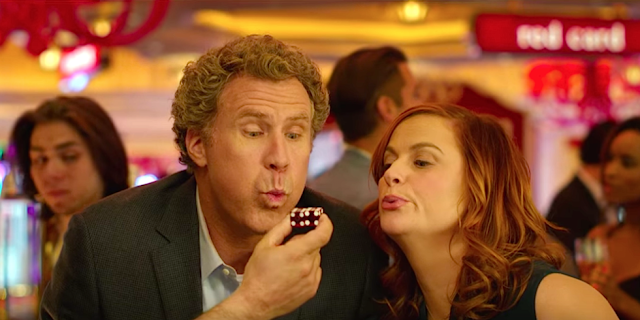 Mainstream comedy is in a bit of a rut the last few years. There has been a few sparks like Sisters, Keanu, and Neighbors, but more than often it is unfunny stories that try to overcompensate with 'shocking' raunchy jokes that are just reworked from the last comedy before it. Will Ferrell is one of those comedian stuck deep in the ditch by playing the same sweet, oblivious doofus that worked in Anchorman: The Legend of Ron Burgundy and Talladega Nights: The Ballad of Ricky Bobby but has now become tedious. The House reminds me of a previous Ferrell misfire, Get Hard, by having a seemingly edgy premise but resorting to easy gags rather than exploiting its potential for something new. It seems like the powers to be decided that white guy being suckered into prison training before going to jail or dullard family opens a casino in basement to pay for kid's college are comic gold on their own and there is no need to actually come up with some fresh jokes. Hopefully, Amy Poehler can bring some laughs to elevate it, because she is the one with the more recent critical hit.