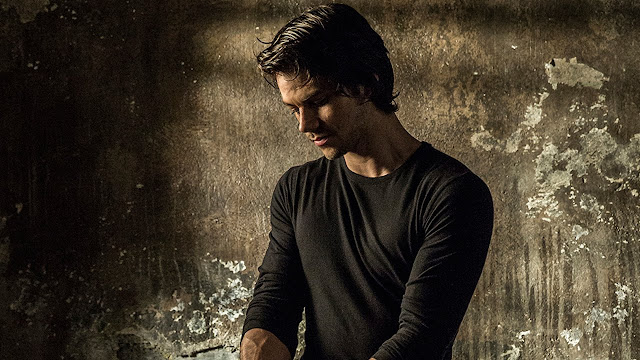 Lionsgate is hoping that your globe-trotting, kick-ass spy franchise hunger hasn't been satiated yet, as the already crammed genre that sort of exists to appease those who want a bit more adult geared action has a new entry in American Assassin. The movie is an adaptation of a popular Vincent Flynn novel that just happens to be part of 15 and going novel series about CIA black-ops recruit, Mitch Rapp (Flynn passed away in 2013 but author Kyle Mills is continuing the series). Obviously, the studio is hoping an already established fanbase will help launch this into a powerhouse franchise, but it is pretty clear by now that a popular book series isn't enough for a box office gold churning franchise. You need to have a movie that stands out and appeals to those that have never heard about the book while also keeping the loyal reader happy enough to shell out for a ticket too.

The first trailer doesn't really have anything that makes it stand out from your routine agent with an agenda off to make the bad guys pay type. I do like Dylan O'Brien getting another chance at a lead role, and he was perfectly fine in the uneven Maze Runner franchise (that one day will have a third movie that I can happily ignore). Michael Keaton is taking on the Kevin Costner type role of the wise and tough ass division head. Sanaa Lathan is always someone who I thought was far better than the material that she is in. Taylor Kitsch never became the star he was destined but stuff like The Grand Seduction and Lone Survivor proves he deserve better. Despite me rooting for the cast, there isn't anything here that looks like it is attempting to shake up a genre. Instead it leans heavy on tropes like the hero losing a loved one to terrorists, a father figure that he has to prove his worth, and lots of typical action sequences like jumping on the moving boat and kicking down that door.

Worst of all, this looks to be an origin story, which I really think studios just need to jettison off to space. But maybe the whole training and finding his way can be solved in 20 minutes, and there is a fresh story that is being hidden from this trailer. I expect Rapp to succeed in his mission and then stand on top of a tall building while narration tells us he is here to keep our world safe, then a stinger where Mads Mikkelsen kicks the President's puppy.