This Couple isn't as Romantic as Whitney Houston and Kevin Costner 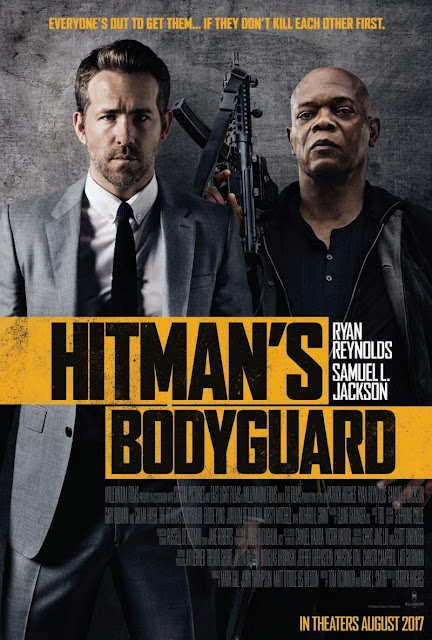 Maybe, just maybe, there is a movie that I now have some anticipation to see deep into the cinematic wasteland that is the middle of August. The Hitman's Bodyguard is set for an August 18th release, and up until five minutes ago, the most I knew was that Ryan Reynolds stars in it. Now, I know that Samuel L. Jackson stars in it too. The idea that there is a bodyguard to look after a hitman (as is promised in the title) is a pretty fun and absurd concept that at least plays well in the trailer. I also always dig when an "action hero" attempts some ridiculous stunt then find himself bouncing off scaffolding and falling into a dumpster. Jackson's crash reminds me of the pretty fun gag with Jason Statham in Spy, which is a pretty damn good movie to be compared. The action sequences look pretty horrendous and overly CGIed here, but my hope is that is part of the gag. My biggest cause for worry is that this is being directed by the same man that gave us Expendables 3 (Patrick Hughes), but everyone is allowed one dud.

I have to say that what really makes this trailer work and probably why I am willing to give everything else a pass, is the brilliance of using Whitney Houston's "I Will Always Love You." All we needed was a shot of Reynolds carrying Jackson in his arms during a downpour.