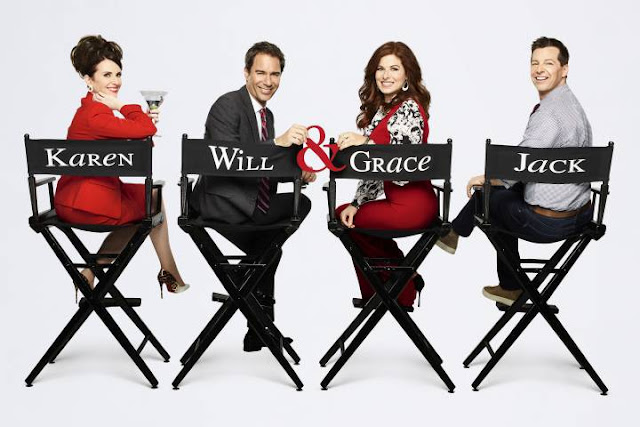 This week the TV networks reveal their new shows that will be premiered this fall. NBC kicked things off first. A network that with lucrative sports deals and the break-out hit This Is Us has returned as a prominent network again. Now, they are hoping to have another smash hit to keep them on top of the mountain.

The 'true crime' genre has been incredibly popular the last few years. FX had a huge critical hit with last year's The People v. O.J. Simpson: American Crime Story. It was pretty clear a network would want to try to gobble up some of that success with their own series about a real life court case. The infamous case of Lyle and Eric Menendez murdering their parents in their Beverly Hills home was an event that became a national obsession in 1989 with it complicated and dark story. It is definitely a case that would be for some gripping TV and it has been removed by a few decades that it will be a fresh story for some viewers. It makes a lot of sense for NBC to increase its draw potential by using one of it most recognizable brands, Law & Order, to help draw attention. My only concern is that dark material like this tends to be better suited for a cable channel, because I don't think the O.J series would have been anywhere as compelling if it wasn't on FX where it was allowed for much creative leeway. This does have lots of potential, and there are no signs of 'true crime' fading yet.


Okay, so that trailer was basically a Reader's Digest version of the series premiere. I don't really get the trend every year of using a trailer that essentially spoils the first episode. Though that may be partly because at this point they only have the pilot taped, so they can't just patched together clips of the first few episode. These trailers also are designed to entice sponsors more than they are to sell viewers, so they want to give as much sizzle as they can and really make it clear what the series is about. Anyway, as for this trailer, it is cool to see Ann Heche back. This is apparently about an elite undercover special op military team, but it kind of looks like a thousand other episodic TV dramas I have seen on networks for decades.

I don't think I ever watched a full episode of Will & Grace, but I recognize it was a cultural phenomenon during its time and has its devoted fans. I liked that instead of just being a collection of clips of future episodes that this trailer used some creativity and has a pretty fun little musical number. It sets a nice light and energetic tone for the series, and the actors seems to be excited to be back in their old roles.
Law & Order True Crime: The Menendez Murders NBC Review Shows Television The Brave Trailer Will & Grace