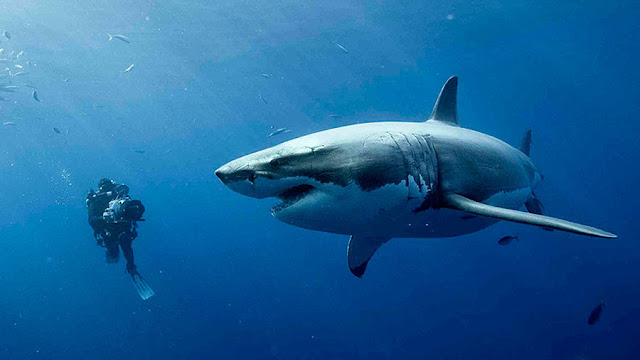 You know the power of a movie when over 40 years later the fear it instilled continues to simmer and it still has movies clearly inspired by it. Jaws turned sharks into monsters and even to this day they will play a nasty villain. I would have thought that evidence showing sharks aren't the man eaters we once feared would have slowed down the fear. Yet the legacy of Jaws remains, which is why we got The Shallows last year. The Shallows was a movie that shifted away from trying to be dramatic and instead revel into the B-Movie roots of animal attack horror that was largely inspired by Jaws success. The Shallows proved that sharks can still bring people out to the movies and is why we now have 47 Meters Down. It doesn't look as exciting as last year's Blake Lively starrer and the new trailer is full of frenetic cuts, but I am ready for another shark attack. I'm happy for a smaller and claustrophobic low-budget thriller that can be the palate cleanser to the summer of special effects spectacle. Though I hope this is a trend that is about to end, because lady swims away from shark can only be exciting for so long.