There is More to Mainstream Cinema Than Big Franchises 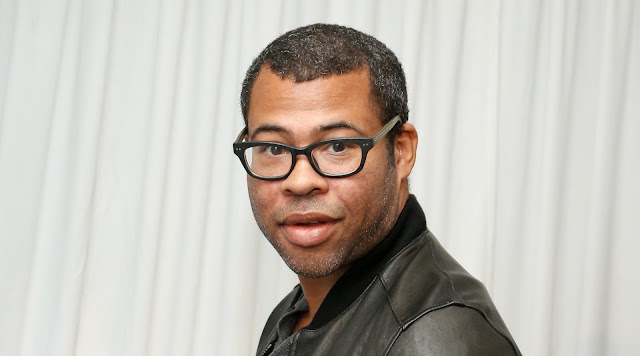 As the cloud of big budget franchise pictures seems to encompass the entire landscape of big studio pictures, there are strong glimmers of light in the form of original movies that are breaking through. In a recent interview, Jordan Peele offered some of that sunshine when he revealed the main reason he turned down Warner Brother's offer for him to helm a big budget (and likely franchise launching) remake of Akira was due to him wanting to make his own original movies for now. That is exactly what he is doing, as his next project is another "social thriller" that he will be doing for Universal and Blumhouse again.

It is really awesome to see filmmakers who pass up the chance to do a massive budget picture so that they can have creative control to make more personal works. Peele's first effort, Get Out, was not only a huge critical darling but it made a shocking $214 million on a budget of $4.5 million. On top of that, there has been constant talk that Get Out will be a strong contender at the end of the year for a Best Picture nomination. No matter what happens, this means the movie will be remaining in the conversation for most of the year. All of this is great, because it means studios will have more faith in Peele and give him more freedom in the movies he wants to make. He both wrote and directed Get Out, and it was a massive success, so it is a formula that at least Universal will remain comfortable.

Peele isn't the only one who currently has strong control over their own movies. Quentin Tarantino has written and directed most of his movies (he did a screenplay of True Romance, which Tony Scott directed). You know if a movie has been directed by Tarantino you will be getting his style, dialogue and voice. M. Night Shyamalan has also written the script for almost everything he has directed. He has returned to his spot as a golden boy after the amazing success of Split. He is now allowed to play in the big studio sand box again and making exactly the movies he wants. Damien Chazelle also found great success in Whiplash and La La Land, which are both movies he wrote and directed. Since both did well in the box office and got nominated for Best Picture, studios will continue to trust him to make the movies that inspire and drive him.

These director being able to follow their vision is great news during a time that it often feels like the studios are creating the movies while the directors are just a pawn. We aren't ever going to return to the 1970s where New Wave directors were able to make whatever they want and often crafted irreverent and counter-culture works. But the success of movies like Deadpool and Logan, which are mainstream movies with very distinct voices, are a victory for those tired of an over-used mainstream formula.

It is great to see directors that are driven by the ability to create and tell their stories. It looks like for the next few years that even though we will needs to endure a stream of franchises and factory constructed movies, we are also going to get mainstream, wide-release pictures that have a strong and distinct vision. I had feared that director driven stories were going to be forced into the independent filmmaking scene but thanks to places like Blumhouse, we at least can get fresh stories in the realm of genre filmmaking.
Get Out Jordan Peele Movies Musings News