This Site May Start to Suck 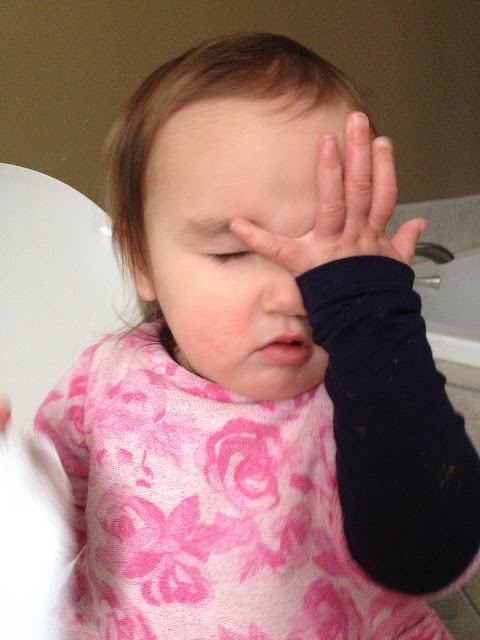 My blog and podcast follower numbers are at their highest. This obviously gives me satisfaction, and more importantly, gives me motivation to work harder and produce better content. It also in theory means that I've been doing something right, because there has to be a reason people keep dropping by on a daily basis. The numbers still aren't big sponsor ready (though the current state of the Internet has made advertising far less lucrative) and after my two pitches towards Patreon, it has become obvious my readership/listenership isn't strong enough to be motivated to "donate" to my writing and recordings. The numbers are growing at a decent enough rate that I have a speckle of optimism that the site can grow and potentially lead to being a small part of my income (or just be what it has always been, a door to clients and writing for bigger sites that pay).

While I have been happy with the work Scott and I do with the podcast, I largely feel a cloud of downpouring and electric shame over my blog. I confess most weeks that I feel the podcast can be deeper and tighter, but I am usually happy with the end product after recording. The blog has mostly frustrated me, even though I have complete control over its content and output rate. This is part of the reason that for the last two or three years, I keep posting pieces that declare a fresh and better start for the blog. In my odd and compulsive mind, my site can't start churning out greatness until I make a declaration that all things are anew.

Of course, those posts really don't mean anything, and they mean even less if I just rewrite them every few months after weeks of posts of trailers, occasional reviews, and podcast promotion. The main reason for the "restarts" is because I want this site to be more than those things above. I keep telling myself I want it to resemble the articles that were posted on here in 2010 to 2012, but more professional and a stronger pop culture focus (with some occasional chronicles of my parenting adventures). I want it to have several pieces a day that range from hot takes on news, reviews of movies and television, variety of creative writing bits, humorous or thoughtful observations of my life, and be a place that provide some movie news along with deeper analysis pieces.

Except the more that I want to pile on here, the more it is one lone writer who also looks after kids during the day and has writing for other clients trying to be a one-stop shop site. Right there is kind of the problem, I am not the fastest of writers to begin with, but even with that hitch, that is way too much for any non-cyborg like being to tackle.

It all gets worse because I am constantly hampered by the most productivity prohibitive form of perfectionism. This site could function quite well with a few 500ish word movie reviews a week, a few short pieces on news or movies, and a weekly larger thinkpiece. Part of the problem is my brain is a machine that pops out idea after idea at a rate that is far faster than my fingers can type and creates an itinerary that is far too much to ever finish in a week. This means I've often been taunted by pieces that I don't have time to give focus. It all is made worse when along with those taunts is a dark and insidious voice that says what I am currently writing or what I am planning to write isn't good enough or not the least bit interesting to anyone. Even if blog numbers or the occasional comments that I get contradict all that.

The worst thing about the voice is that it has meant that several reviews or thinkpieces that I've written will never to read by anyone because not only did I leave them unfinished, but eventually I deleted them with no way to recover them. This is something that has happened far too often, and is the epitome of foolishness for someone who feels that he never has enough time to get to all the projects and work.

This blog is missing way, way, way too many written movie reviews from the past few years. Though at least in that case, most of them have been covered by the podcast. At times, I wonder if that is the best way to focus on my movie reviews. Though my gut and my mind won't stop nagging how important it is to have a written version and to try to go in avenues that are different than the ones explored by the podcast. The site is also missing tributes to celebrities like Carrie Fisher, George A. Romero, John G. Avildsen, Roddy Piper and Shirley Temple. It is missing pieces that have been bouncing around in my head regarding the modern (ridiculous and unhealthy) battle between conservatives and liberals, the dangers of hiding behind "fake news", how Everett's new events are more anxious for me than him, and only about fifty other ideas as well.

No matter how much people like my site or how great a single piece may turn out, I am nagged and dogged by the fact there should be way more and it should be way better. The easy solution is to quiet that nagging by writing one or two or ten of those pieces. It does get slightly harder when the brain doesn't help by adding in ten more each day. It gets even harder when the inner screams are tearing my work apart and making me fearful of exposing myself as a hack.

My point is I apologize. Apologize because I let those foolish voices win too often. I have it in my head that every piece needs to be ambitious and perfect and come hand delivered from heaven. My reviews need insight and analysis that no other writer was able to uncover. While my brain gives podcasts a pass and I have convinced myself trailer are piffling affairs that can posted swiftly before the echoes start up in my head, everything else gets hampered by my need for the composition of words to be award winners. Of course, that nasty voice forgets to mention you can't win literary awards with no words written and sites without daily content can't earn sponsors.

If my writing is to continue and I am going to meet each day despite the wall bouncing anxiety and the crippling self-doubt, then I have to accept that the voices aren't going anywhere any time soon. Instead of fearing them, I listen to them, I say "sure, you're right", and then write anyway. I accept what I just wrote was a steaming pile of awful and then subject all my readers to it anyway, The caveat being then I tell myself that I will try harder tomorrow and I will write better the next time. Then when that steaming pile of awful is posted, I tell myself there is tomorrow, and after that day there is tomorrow again. While I am at it, I will complete those disastrous novels and send out those putrid short stories, and I will get my rejections. Because maybe, just maybe, I will fool a publisher into liking my work, and everyone's taste turns out to slide towards the wretched, and my writing stumbles upon some success.

The bigger deal, is that if I keep on writing then the ideas clogging my head with get some release. If I write despite the voices screaming it is no good, maybe one day I will have written enough that one day that voice will say, "Okay, this was alright, maybe I'll give you a pass." Or I'll just laughing at that voice the same way that I do when Danika tries to convince me it was the dog that poured her cereal on her head. I have been around long enough to realize some voices are just straight-up wrong.

So, for the hundredth time, I promise this blog will have more content, but I will worry about the "better" for later.
Blog My Life Writing