I Miss My Dog More Than Friends and Family: A Thing You Are Not Supposed to Admit Out Loud 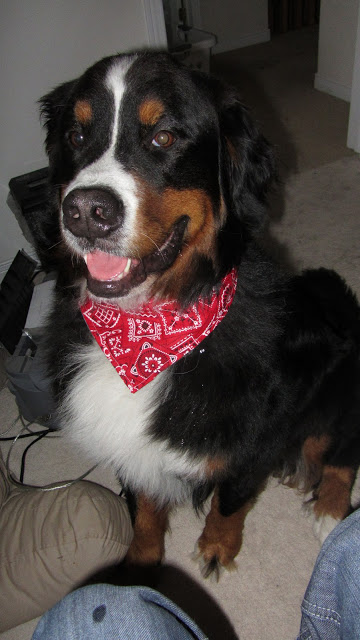 My beloved dog, Summit, passed away in the middle of November, and as we now dig into December, I'm still suffering from a giant paw shaped hole in my heart. I really miss Summit and the house still feels very empty. I have learned how much my days revolved around Summit, where the day feels incomplete without our daily morning and evening walks or taking him out through the day for his business or having him come over for pets while I'm trying to get work done. Every day since his passing, I feel like a dark cloud of sadness is constantly raining upon me and the depression that threatens to haunt me throughout my life has barged down the door.

This isn't the first time that I've had to deal with death as I've lost grandparents, aunts and uncles, a brother (stillborn), a father-in-law, and friends, but this is the only one that beats me down with daily sadness and brings me to tears. This is one where the hurt doesn't go away easy. I feel like a different person ever since he died.

The above statement will probably trigger three type of responses from people. One will have people offended and annoyed that I would put the death of the dog above the passing of wonderful family and friends (who they may still miss dearly). A second will have those who secretly agree with me but would not dare to vocalize it. Then there will be the third, a small group that will openly agree and be able to relate to their own tough experience of losing a family pet.

I love my grandma and I had a decent relationship with my father-in-law. Both of their deaths did hit me hard and caused the tears to flow. I really wish my kids were able to meet both, but they passed away before my kids were born. After the funeral and being able to have closure, I never had another moment where energy sapping sadness struck my heart and soul. I had my moment and have been able to not allow the sad event affect my days.

In my younger years, I remember visiting my grandma often and even spending a week every summer at her house. I have fond memories of those times. As I entered my teen years, I mowed my grandma's lawn each week and still saw her at family gatherings. As I moved away from Brantford and then eventually returned, family gatherings during Christmas and few other sporadic times was all I saw of my grandma. I often kept feeling guilty that I should visit her more, but the reality was, I'd go months not seeing her or thinking about her too much.

I would say my relationship with my father-in-law was as good as I could hope for a man who was very introverted. I do have some fond memories of him and I respect the devotion he showed to his family. While I saw him a decent amount when I went to visit Emily while we were dating, once I married Emily then the interactions with her dad probably cut down to about once a month at the most. The point is that for both my father-in-law and my grandmother, I did not see them daily nor were they a major part of my routine. I love them and I miss them, but not in the same way that I feel about my dog. Yes, my very non-human dog, Summit.

I work from home, and I have for most of my marriage, which means that every single day I spent many, many, many hours with Summit by my side. I was his designated dog walker and the person that most often fed him. I was there for his most important experiences. If I was spending a day at home then it was a day spent with Summit. 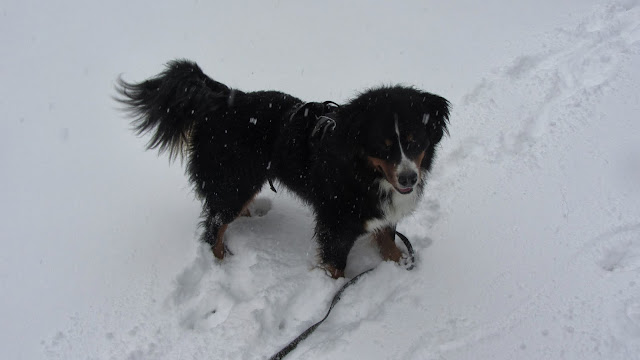 I've mentioned many times that I struggle with both anxiety and depression. It is hard having those feelings when I know that I shouldn't, especially when I have a loving wife and amazing children. There are times that those emotions can be a bummer to my family. But Summit always accepted me, no matter if I was happy or in the gutter. He sat beside me or snuggled up against me no matter how I felt. It can be hard talking about my emotions, especially if I feel like I am just repeating what I've felt for several weeks straight. On those walks with Summit, I could say all the things that I had been feeling for months, and he did not care. He just listened, looked up at me, and was clearly enjoying time with me. In my darkest moments, I remember Summit coming up to me and letting me hug him and cry into him. He was a dog, but he was my greatest encouragement and support.

As these last few weeks have made me really sad and made me miss that always loving dog, it is tough not having him to hug or cheer me up. It is tough not having those nightly walks with someone who would listen and lean against if I seemed down. For those reason, I miss him more than I've ever missed any other person who I've loved.

I've felt kind of guilty over missing a dog so much more than other people in my life. But I have realized that it doesn't mean that I value him more or feel like the other loved ones were less significant to my life. It is just the true and raw emotions and feelings that I have, and are things that I can't control. He had been a major party of my days these past 8 years, and I probably have been with him almost as much as I have been with Emily during our marriage (during the dark days that I hide away from people, probably with him far more).

As we approach the end of the year, I have now accepted that I will be missing and feeling sad about Summit well into 2018. There may be a part of me that always will think about him. But what I am trying to do is keep the memories positive and cherish my time with him rather than to continue to mourn. He was 95 pounds of furry joy, and so, emotions of happiness are what I should cling on to each day

It also is a reminder how important it is for me to remain open and close to Emily. Even during this time where my energy is vanquished and I hate myself, I need to embrace, love, and revel in my family. I need to treasure each moment with my children, and throw myself into their excitement and joy. There is a lot of wonder and magic left in my life, and most of that comes from my children and wife. I need to keep on loving them, just like Summit did every day of his life. 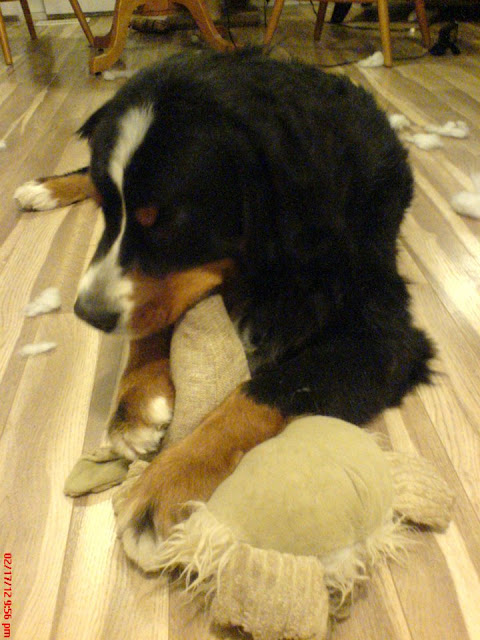