RIP '80s All Over' Podcast - An Ambitious, Innovative and Great Movie Review Show 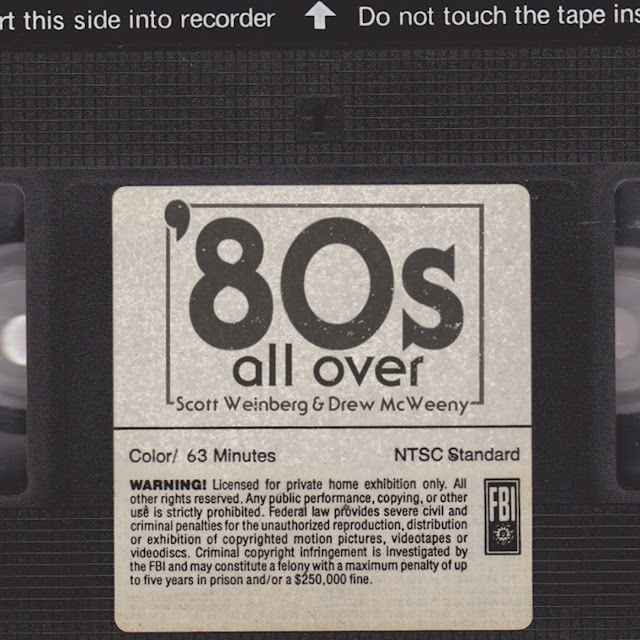 I think, that I've promoted the 80s All Over podcast on this site and I know I referenced it a few times on The Movie Breakdown podcast. The podcast was hosted by film critics Scott Weinberg and Drew McWeeny and they were reviewing every major theatrical release of the decade that was the 1980s one month at a time. The first episode was January 1980 and then every two weeks they would explore the next month, and they had reached April 1985 until they had to take an eighty-day hiatus to work some things out.

Before those eighty days were up, they announced the end of 80s All Over.

As a huge fan of the show, this was a real bummer to read. I also realize that reviewing every major release of an entire decade is an incredibly ambitious and near impossible project. I am pretty sure they reviewed close to thirty movies on some episodes. That is a lot of movies to track down and watch over two weeks. Scott and I find it a lot to review as many movies as we do for our show and we tend to max out at five a week. I get how it eventually just became too much to sustain.

The amount of work to do 80s All Over was a full-time job, except for them it was only a side gig. They did have a Patreon for the podcast, but it never was enough to justify the massive work load. Both Drew and Scott had other jobs. and from what I surmise, it was mostly writing movie reviews and other movie related articles supported by their other Patreons (Scott's is here and this is Drew's). Both guys have written for various outlets and have been writing professionally for decades. They are very insightful and entertaining, and they are definitely worth supporting.

As for 80s All Over, the site is still up, and my guess, is that they intend for it to stay up even if they aren't going to produce any new episodes. It is sad that it will never make it to the end of the decade, but the episodes that they created were informative, entertaining, funny, sincere and enriching. It opened me up to a bunch of movies that I either never heard about or have forgotten. It was also a great stroll down memory lane and gave me the warmth of nostalgia, as I was a kid that decade and saw many of the movies they mentioned at the theatre. They even talk about Yor the Hunter from he Future, which I still vividly remember seeing at a theatre with my dad, even though it is quite awful (he is a caveman who must dodge laser beams).

If you never listened to an episode and you enjoy The Movie Breakdown, then this is something you would really enjoy. Please check it out, as you have half a decade worth of movie reviews you can enjoy before it is all over. My intention is to re-listen to each episode.

It was comfort food. It was something very special. It is something I will really miss. I want to thank Drew and Scott (and their producer Bobby) for all the hard work and one of the best podcasts that I ever had the pleasure of listening to.

Thank you 80s All Over, you truly were something special.
80s All Over Movies Pimpage Podcast