The Breakdown of 'The SpongeBob Movie: Sponge on the Run', 'Unhinged', 'Project Power' and 'Banana Split' 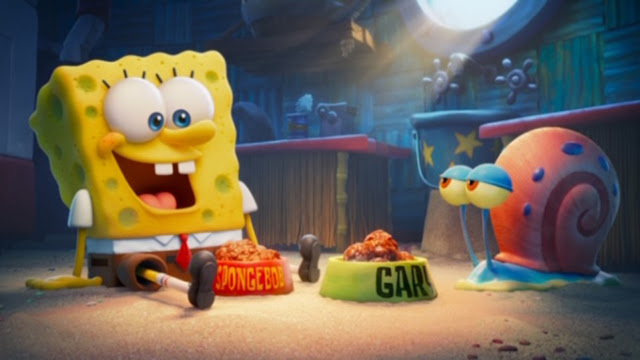 The movie theatres are opening up again in Ontario, so that means that for the first time since March that we are reviewing some theatrical releases. This includes an animated adventure that isn't coming to the United States until next year but is the big new release in Canada in The SpongeBob Movie: Sponge on the Run. The other theatrical release is the Russel Crowe starring thriller, Unhinged. We also review two 2020 movies that are streaming on Netflix including the Jamie Foxx starring twist on the superhero genre mixed with police procedural in Project Power and a different take on the romantic teen comedy with Banana Split. Plus, we look at talented female directors like Olivia Wilde and Nia DaCosta being hired to helm big tentpoles and discuss if this is true change in Hollywood or just a fad.

As always, it was a great time recording the episode and we are so thankful for your weekly support. We hope you love the show as much as we do, and if you do, please help us out by spreading the word on social media to other movie fans.