The Breakdown of 'Bill & Ted Face the Music', 'The Pink Panther', 'Over the Moon' and 'Evil Eye' 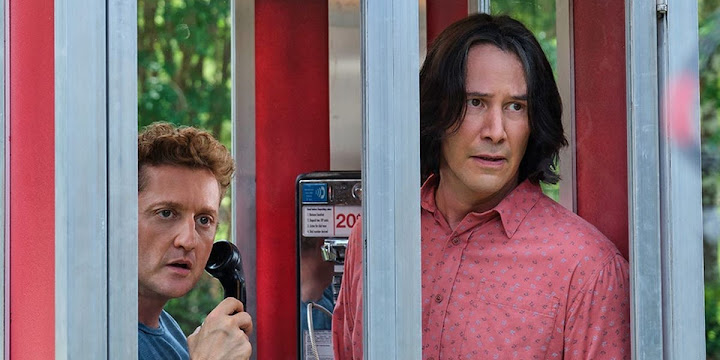 This week we've got four piping hot movie reviews for you. We're reviewing a sequel that took almost three decades to get here in the time travelling comedy. Bill and Ted Face the Music. Then it is the movie that kicked off a series that launched an iconic comedic character in The Pink Panther. There is also a sweeping animated adventure that explore some mythology behind a popular Chinese holiday in Over the Moon. Then we top it off with a horror thriller called Evil Eye. After that we look at some of the major events that will continue to change how movies are released.
As always, we had a blast recording the episode, and we really hope you love it too. If you do, please help us out by spreading the word on social media so other movie fans can discover us.
Reminder that you can subscribe either to The Movie Breakdown feed (a subscription link is at the top right hand of this site), or subscribe on sites like Spotify, Stitcher, Google Podcasts, CastBox, Amazon Music and Apple Podcast.
The Movies' Four-Star Rating
Bill and Ted Face the Music **½ (CS) & *** (SM)
Over the Moon **½ (CS & SM)
The Pink Panther ***½ (CS & SM)
Evil Eye * (CS & SM)
Bill and Ted Face the Music Blake Edwards Cineplex Evil Eye HBO Max Keanu Reeves Movies Over the Moon Peter Sellers Podcast Review The Movie Breakdown The Pink Panther Universal Wonder Woman 1984