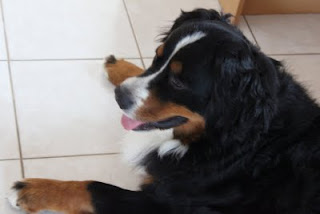 He didn't quite understand why Vancouver would want to 'throw' Game 3, but he did see how it wasn't the most crucial game to win. Now, Summit is wondering if being shut out in Game 4 is the next step in Vancouver's master plan to the win the Cup. Though Summit doesn't see how allowing the series to be tied up is a solid strategy for series victory. He's also wondering if that "Canadian Curse" is such a myth after all.

Plus he's wondering where Crosby is, because its about time for a good cat dragging.
Media Musings Pets Pictures Sports Television