Oscar Movie Platform Issues: Time for a Change in How Oscar Nominated Movies Get Screened Before the Academy Awards 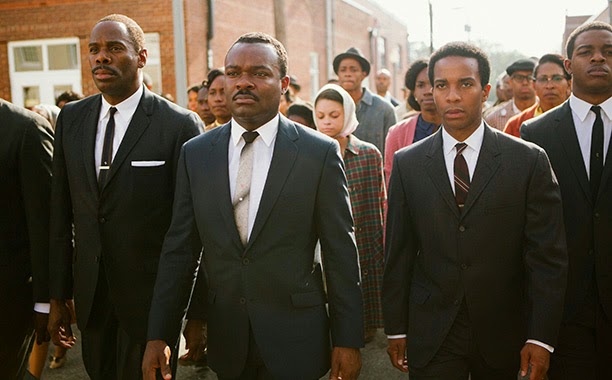 Scott has some interesting thoughts on the lack of availability of Oscar nominated movies for many before the Academy Awards. He explains why he thinks it is time for some major changes in the current distribution model for these movies.

This weekend the red carpet is rolled out for which to be trampled underfoot by some of the biggest names in Hollywood, the select few to be leaving victors, but the majority sadly departing without the coveted hardware. The eyes of many interested parties turn to the broadcast or their twitter feed to find out exactly who is walking away with the gold, and it signifies a time of general interest in movies.

So many Oscar hopefuls delay their release date until later in the year so as to be fresh in the minds of Academy voters, a strategy that generally pays off with few films from earlier in the year getting acknowledgement at the awards. This year we actually got two earlier releases being remembered through the voting in Boyhood and The Grand Budapest Hotel.

I used to believe that another reason for having later theatrical releases was that getting an Oscar nomination meant a sure-fire increase in box office performance. It is an easy assumption that getting the much wanted critical attention would get folks off of the couch and into theatres to see what the buzz is about.

This year, only three of the movies that had a run prior to the nominations (American Sniper expanded to wide release after the nominations were announced) saw an increase in their per theatre incomes. Selma, which expanded only the week before the nominations, increased only 1.8% while The Theory of Everything and Birdman saw better increases with 7.7% and 12.4% respectively.

After looking into the numbers from last year’s nominees for best picture, I saw a bit more of the puzzle. Some films saw a large increase (American Hustle at 30.7%, Nebraska at 23.1%, and Captain Phillips at 260%.  It should be noted that the large percentage increase for Captain Phillips was represented from it growing from $250 per theatre to $902 per theatre). Other films actually showed a sizeable depreciation in their per theatre average. Her dropped 22.5%, Gravity fell (no pun intended) 24.7%, and eventual winner 12 Years a Slave decreased 22.8% per theatre.

This is not absolutely scientific of me. While the per theatre averages may drop, they could coincide with a substantial increase in the number of theatres screening the films and may end up seeing an overall increase in weekly box office performance. I am concerning myself with the averages because it is a gauge of sustained interest by the general population.

So, my theory and belief in awards buzz increasing the capital of a film in theatres is pretty much debunked. This does not say, however, that there is not an increase in desire for people to see the nominated films. According to the website irdeto.com (a company in the business of piracy protection), there is a marked increase in illegal downloads of films after they are nominated for major awards. Some of the biggest increases in downloads are seen with Selma (1033%), American Sniper (230%) and Birdman (192%) since they were nominated. They have also been kind enough to provide a great infographic of downloading trends around the globe.

It does not take long for these films to become available online. Just one day after the nominees were announced, 95% of the contenders (outside of documentary and foreign language categories) could be found for download. In a number of cases, the source material for these pirated copies were the screening discs sent out to voting members of the Academy.

What is not seen in the theatre numbers is represented in these online statistics, and that is that people do want to see the nominated films, but that does not necessarily translate into them paying for it at the box office. Part of the problem is that a number of movies up for contention never make it to wide release and are vacant from many different markets. Another problem, and the bigger one, is that people’s viewing habits and desires don’t line up with the standard distribution model.

When there is interest in a digital commodity that is unavailable through legitimate means, people seem to be apt to searching their own ways to view what they want to see. I have a hard time passing it off merely as ‘people pirate solely because they don’t want to pay.’ In the case of The Interview, which had a day and date digital release, the audiences showed that people are willing to pay money for something that is also available for illegal download. It is not the best example because of many factors surrounding the yo-yoing of Sony in the lead up to its release, but it shines a light into the mentality of the public. People (not all) who want to watch something that is legitimately available will pay for it.

The Interview incident showed the biggest cog in the wheel and one of the largest problems in the scenario. Theatres do not want to screen a film that will also be shown on other platforms. Typically, studios have to wait ninety days after opening weekend to expand to rentals and sales, and theatre chains do not want that model to change. When it comes to Oscar contenders, movies that are generally released later in the year and are not past that ninety day window when nominations come out (or even when the awards are done and over with) do not have the option to properly capitalize on the increased interest that the buzz has brought to their movies.

A lot of times these films from smaller studios and created on limited budgets, and the time to strike the iron is in mid-January. That is when the largest potential appears to be as they ride off of the attention that the nominations draw. It is unfortunate that the system in place, which does not even properly distribute these movies across the various markets through their theatres, is what is standing in the way from the artist potentially seeing a viable increase in profits.

People will continue to download movies illegally, that is something that I am sure of. What is unfortunate is that if people were expected to keep their noses clean and wait until either the movies came to their market or were available for rent then a lot of Oscar watchers would never know which movies were truly deserving come show time.

The digital landscape is changing everything, as forward thinking people such as Ted Sarandos of Netflix are aware. He has shown the financial viability and potential of the digital platform and continues to push the barriers, knowing that people are willing to pay for content. Right now it is the late adopters, non-adopters, and white-knuckled industry leaders that are holding onto the old system as though their lives depended on it (I suppose their pay cheques depend on it, but evolving with the times would keep them ahead of the curve) who are holding things back.

Interested in seeing movies like Whiplash, Selma, Inherent Vice, and other limited release films that are up for Oscars? You will have to wait until the mystery and intrigue as to how they will perform is all gone.
Academy Awards American Sniper Box Office Inherent Vice Movies Musings Selma The Theory of Everything Whiplash