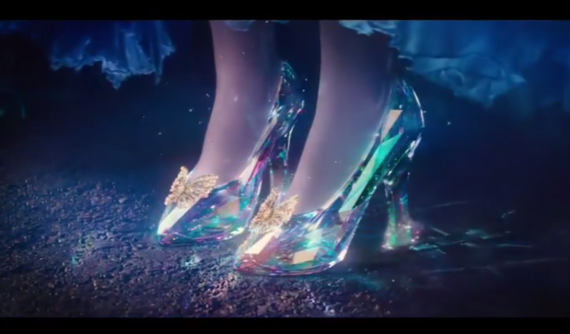 Scott returns this week to analyze the box office chances of two drastically different movies and are going after very different crowds. 2015 is turning out to be on an upswing from 2014, and Scott lets us know if we have another set of hits after some quieter weekends.

Head to head competition is a grand spectacle. The pros and cons of two competitors ebbing and flowing through the tendrils of skills and deficiencies of their opponent can create inexplicable moments of true narrative that can live on for years in the public conscience. In the realm of combat sport, the UFC provides two title fights this weekend with the first defence of the woman’s 115 pound strap, and the incomparable Anthony Petis has fans in revved anticipation for whatever piece of imaginative martial artistry he can summon to hold onto his crown atop the men’s lightweight division.

In theatres, an equally intriguing battle is set to take place. The betting line has opened up showing considerable belief in the power of Cinderella. Even though it has been years since she last fought, it is hard to argue with her charisma, singing talents, and ability to ride pumpkins. Some may pick Run All Night as a live underdog, believing that Liam Neeson’s height advantage and dramatic dialogue delivery, in combination with punches to the face, is enough to overcome the belle of the ball. The wildcard is the fair maiden’s ability to summon animals through song, and that could be enough to carry her to victory. Let’s take a moment to dig further into the matchup.

This is a typical weekend for big money to be made in theatres with family offerings, with last year’s Mr. Peabody & Sherman (opening at $32 million) under performing the previous two years which boasted Oz the Great and Powerful (opening at $79 million) and Dr. Seuss’ The Lorax (which made $70 million). It is the weight of the established properties that seems to be key in drawing the crowd, and Cinderella is about as well-known as they come. Instead of trying to make things with a bit of a twist, as with what happened with Maleficent and Snow White and the Huntsmen, it appears to be a simple transformation from animation to live action in this case. This choice means that parents know what they are going to get in taking their kids, and merchandise is ready to fly off the shelves.

Director Kenneth Branagh has shown in the past that he can take pre-existing material and turn it into great films with the works of William Shakespeare, and the current Rotten Tomato rating of 85% seems to be indicating he has done it once again.

When people talk about Liam Neeson these days, it is all in regards to action movies. The main point of the transition appeared to be with Taken in 2009, but he has found himself in kick-ass roles throughout his career. From trying to desroy Gotham City in Batman Begins to all of the shenanigans of Darkman, Neeson has shown that he is able to master both the dramatic and the intense. To that matter, many people easily forget just how diverse his particular set of skills is when you factor in the incredible voice acting that he is capable of.

Talking about the skills of Liam Neeson (skills that he has acquired over a very long career) doesn’t mean he will end up in a quality film that will grab the attention of movie goers. His latest film, A Walk Among the Tombstones, is a great indicator of that, as well as a sign that his action flick drawing power may be on the decline. In Run All Night he is reuniting with director Juame Collet-Serra (both worked together on Non-Stop) in hopes to put an end to the decreasing box office numbers that have been happening since Taken 2. So far, Run All Night is not looking like it will be the triumph it was hoped to be and could continue the devaluation of Neeson’s appeal. It is lacking in traction on Rotten Tomatoes (sitting at 48% at the time of writing this), and the internet buzz is fairly low. I would be surprised if it ends up getting over $20 million this weekend.