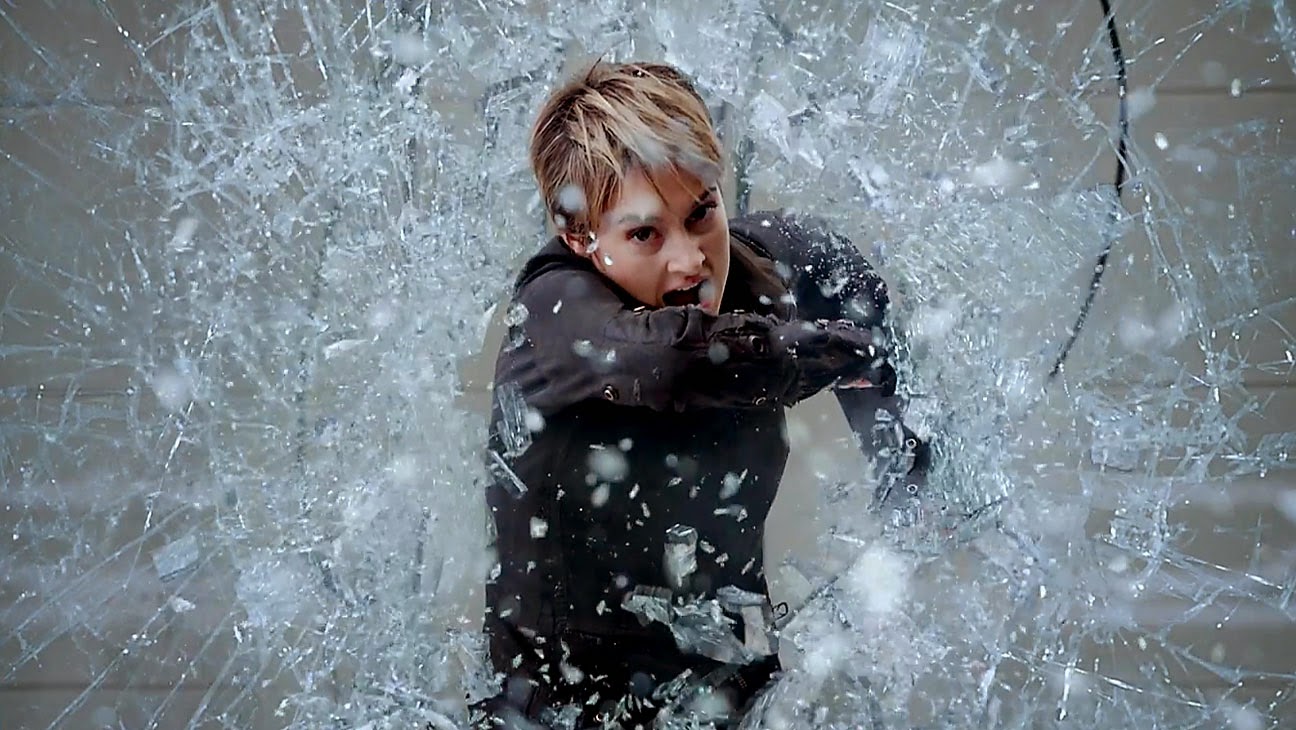 For the second straight weekend, the box office will largely be decided by female demographics. And for the second straight weekend, they'll likely make a decent chunk of change for those big studios that may slowly be catching on that making movies for women is a smart business decision. As for the demographic begging for violent "old thespian" actioners, well, their days of pure joy may be wrapping up. This is Scott's show, so I'll let him tell you how he thinks the box office will shake down this weekend.

With Cinderella making it to the ball and back last week, she will be attempting to keep her magic over the audiences flowing for a second weekend in a row. While she easily took first place on opening weekend, it could be a difficult task to repeat, with Insurgent, the follow-up to last year’s Divergent, springing into theatres. There’s also Sean Penn. Sean Penn throws himself into an action role, reminiscent of Liam Neeson, but we saw exactly how Cinderella deals with those kinds of films. She tosses them to the ground and then grinds them under crystal slippers until there is nothing left.

Many attempts have been made since Twilight to create a franchise based off of young adult novels, and many have taken a fatal tumble that would destroy hopes for a series. Divergent was not the same level of success as The Hunger Games proved to be, but it did what few others have achieved, and that is reason for a second film. Actress Shailene Woodley established her name last year with Divergent and a wonderful performance in the teen tear-jerker The Fault in Our Stars. The cast that surrounds her in this movie is very robust, touting names such as Ansel Elgort, Miles Teller, Kate Winslet, Octavia Spenser, and Naomi Watts. Trust me when I say this, there are many more talented people alongside them in this film as well.

However, the big question is if the rest of the movie will be able to keep up with those charged with delivering the lines. The first film and a Rotten Tomato rating of 41%, and Insurgent is sitting at 34% at the time of writing this. This sort of thing shouldn’t mean that Insurgent will necessarily make less, but it does point to what could be a limitation of the audiences that it could secure. These types of films are not just for the youth, and that is something that The Hunger Games proved. If you take the content and make a great film, you could end up with more customers than you were anticipating. All of that is to say that I do not see this film having a noticeable increase over last year. I do think that The Fault in Our Stars, which highlighted both Woodley and Elgort, has done something to add to the weight of the film, but I find it hard to be thinking that there will be braggable growth. Call me a skeptic, but I am seeing it only matching the opening weekend the inaugural film saw.

Opening in 2,800 theatres this weekend (roughly one thousand less than Insurgent) is The Gunman, starring Sean Penn, who, if he is lucky, will follow in the footsteps of last weekend’s Run All Night and make more than ten million. However, I do not think he will be that lucky. The lack of success of Liam Neeson and Ed Harris in Run All Night spells almost certain disaster for the award winning Penn. Even with the recent successes of Neeson’s career, the film could not attract the crowds needed. If we also look at the indicator of Kevin Costner’s actioner attempt last year in 3 Days to Kill (which opened to $12 million) we see a bigger picture view of how things could turn out for The Gunman. Costner is no box-office powerhouse, but has numerous films that have had opening weekends north of ten million dollars. Penn, on the other hand, has only had the lead role in one film that has made it into the double digit millions, and that was ten years ago in The Interpreter. Sean Penn may be a name that many people know, but that cannot erase the fact that he is not a major draw.

There will be some older cinamaholics who have the date written on their calendar, but it is doubtful there will be appeal from the younger audience, evidenced in the measly 565 tweets about the film the day before it opens. Add onto that the 16% Rotten Tomatoes rating, and there is little life in this film.

Alrighty, now it is time for the third and final wide release (or, I guess we can call it ‘semi-wide’ as it’s only in 1,300 theatres) is the faith based film, Do You Believe? I had never seen the trailer before two minutes ago, and I am not sure what I think. Well, I know what I think. Bad acting, bad cinematography, and bad dialogue. I am also kind of baffled at the fact that the trailer was all white people except for a few African Americans who were criminals, and one who looked like a homeless man dragging a cross around. I’m not insinuating anything at all about the film and the people who created it, it is just more so a baffling fact that even in this day and age there are such racial divides as far as the ‘types of characters’ films try to portray.

I guess I am supposed to now predict how it will do, but I am still rolling over the fact that the racial casting appeared that obvious. There were a number of faith based films last year that made a run at the theatres, with a few such as God’s Not Dead and Heaven is for Real showing that segments of the population will show up for faith based films. However, I have heard very little about this film, and the buzz is seeming to be fairly low. I am guessing that it will have an opening take around thirty percent shy of God’s Not Dead opening nine million.