The Babadook Review: The Gripping Manifestation of Single Parenting's Horrors 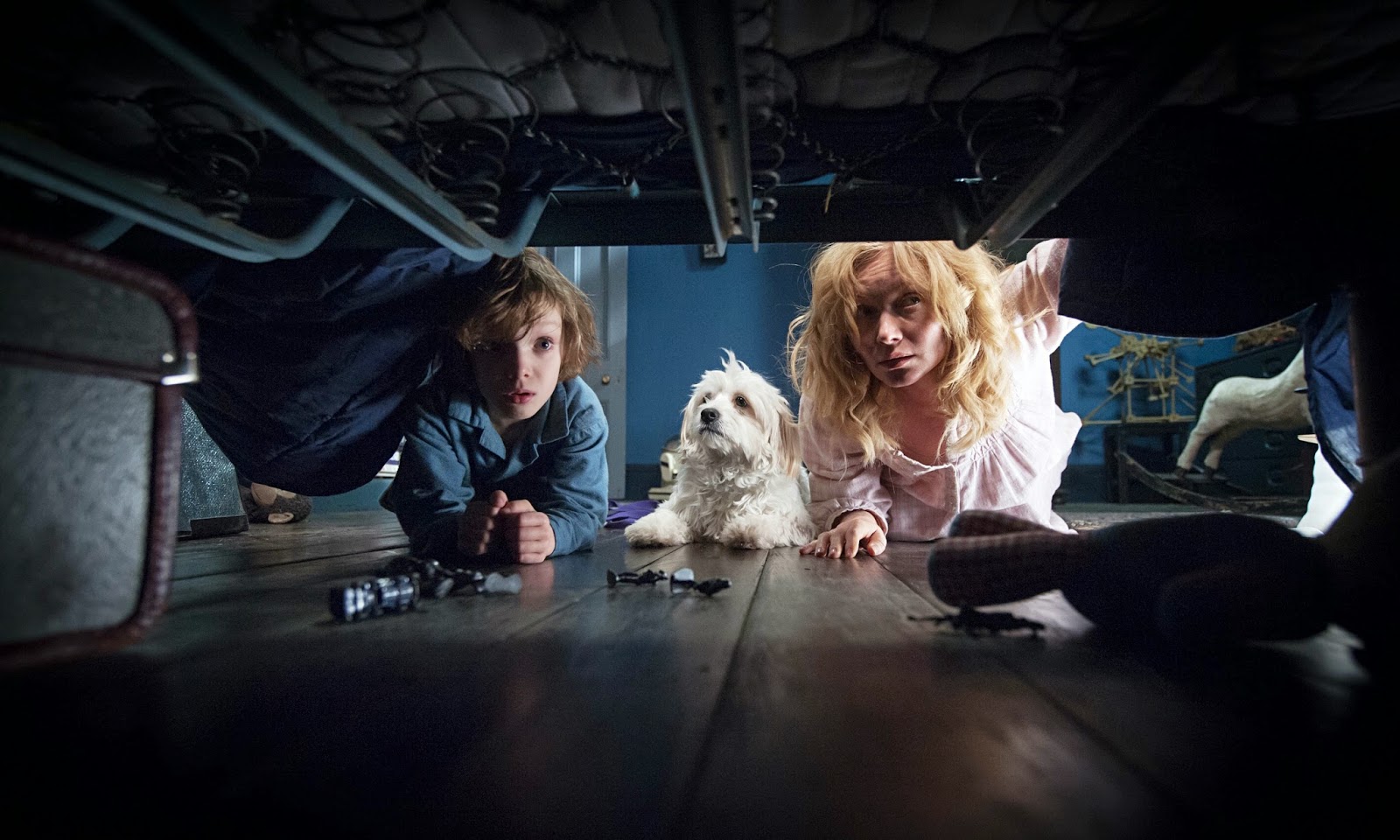 The Babadook was a massive critical hit that did something that is rare for horror pictures, which is make many respected film critics' top ten of the year lists. Just in case you need more motivation to check it out, Scott offers up his own glowing review.

When I watched the Australian horror The Babadook, it did not take me long to remember the monsters that inhabited the dark realm under my bed and the closet when I was a child. The fear of having to emerge from the sanctuary of my protective sheets and venture to the bathroom late at night would overcome me, the shadows populated by every insecurity and worry that could run forefront in a young boy. My parents in their sleep were sometimes summoned when the unknown became too much and the courage of the little boy shattered into obscurity. It is this dreadful nocturnal condition that The Babadook taps into, a child needing comfort from the protective parent. But what happens when it is the parent that has allowed the evil to take up residence in the creaks and groans of a house at night?
The film is a horror of basic familiar concept, playing on the haunted house/possession genre and building up to the dread that comes when the sun goes down. It centres on a single mother, Amelia (Essie Davis) who has never allowed any amount of proper grief over the tragic loss of her husband. Her life is filled up by the energetic and misbehaving ways of her son Samuel (Noah Wiseman) who drains her energy, leaving her no form of life that she can call her own. It is when Samuel one night asks her to read the children’s book The Babadook (which had appeared in his room, and one that is enough to scare an adult) that Amelia’s world turns into a vortex of insomnia, paranoia, and horror.

It is hard to watch this film and not see it as allegorical to the dangers of allowing personal demons to exist, such as Amelia does with the grief over her deceased husband. First time feature film director Jennifer Kent, who also penned the film, weaves with crafted excellence with the imagery of denial and the relational problems that it creates with those around you. Was the scary monster in her closet actually there, or was it all in her mind as she emerged at a breaking point with her son under the weight of her pain and agony?

As the film intensifies, it is Amelia who becomes crippled and twisted in the fears with a parental role reversal happening with Samuel. She reverts to youth, hiding under the covers when night arrives in a paralytic state, a message from Kent to the power unaccepted grief can have over an individual. The relationship between mother and son jumps through different phases, and, even in the midst of fist-clenching terror, shows the light of genuine love, commitment, and protection.

Kent asserts her abilities to not only detail a complex relationship and symbolic story, but delivers unsettling scenes better than those who are veterans of the horror game. Some of the set ups to the scares enlist the well-known paces, but the delivery is with a much steadier hand and attention to subtlety. She refuses to believe that simply inserting loud noises will accomplish the task, and instead plays well with varying levels of sound for what is the most appropriate at different stages of the film.

The greatest films are ones that are transcendental to their genres, films that don’t merely exist to add to cinematic canon but have a bolder story to tell. They may appear to be just another film, but have a life separate to the surface and use imagery and paces of a certain genre to enhance a more personal story. The Babadook will not end up getting the same social recognition of movies like Alien, but believe never for a second that it isn’t anywhere near as good. Just be warned - this is a beautiful and personal story, but it is also scary enough to turn an adult into a child.
Horror Jennifer Kent Movies Review The Babadook