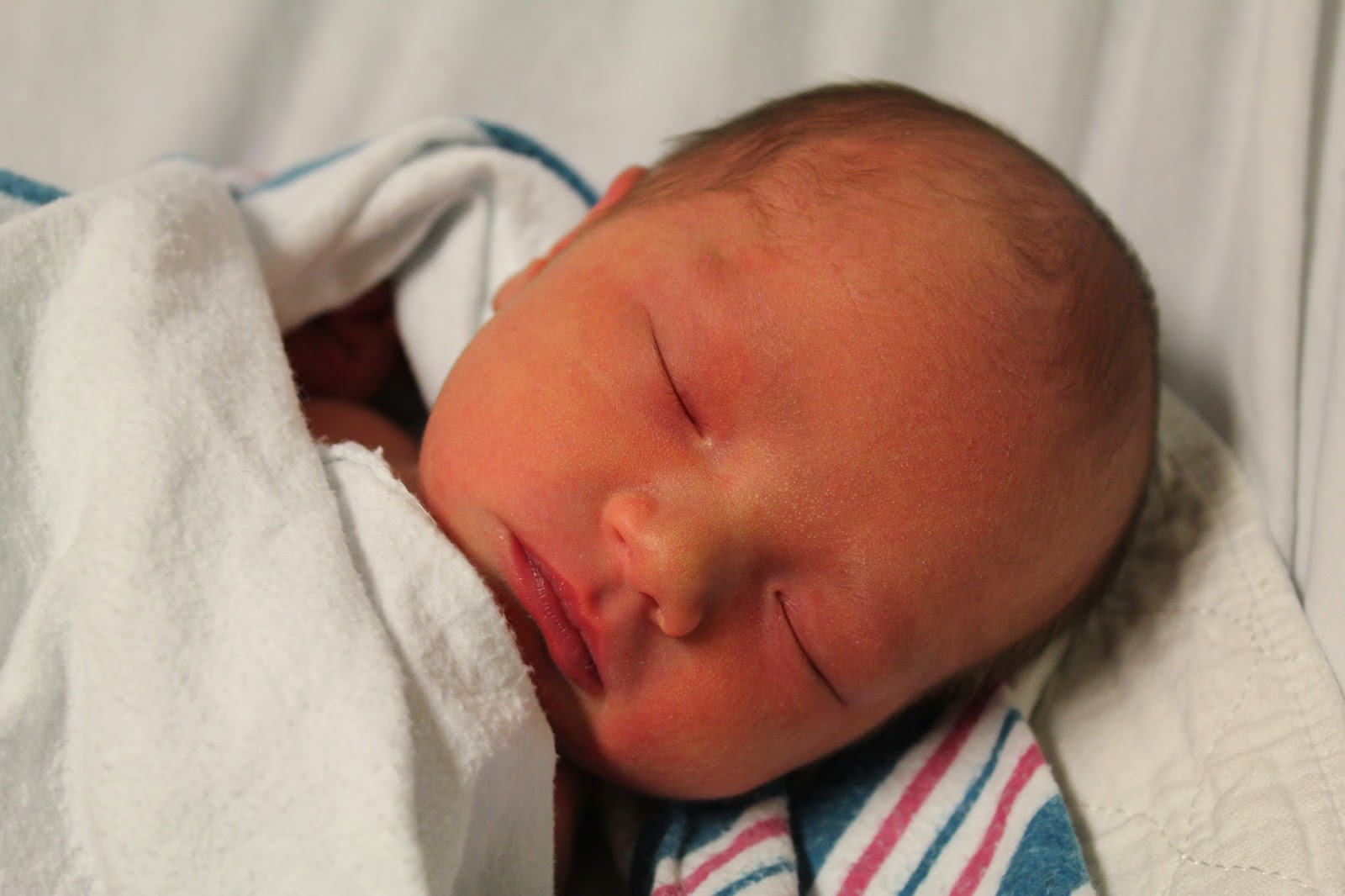 Our beautiful and precious treasure arrived on March 1st at 6:40pm, and it was that very moment that I learned that indeed I do have more than enough love for a second child. Nothing will ever be able to compare to the time that I first held Everett and the thousands of powerful emotions pumped into me that ignited both my instinct to protect and indescribable emotions of elation and celebration. The first child is a special experience that can't ever be repeated or captured again. This time was still spiritual and powerful. The moment I saw Danika there was the pools forming in the eyes and the feeling of being rocketed into the majestic clouds where I could gleefully prance. The gorgeous and darling princess had entered into the Spicer family, and the payoff of whispering into Emily's tummy for 9 months the mantra of "You will be a girl" paid off and I had my wish of a "Daddy's Little Girl." 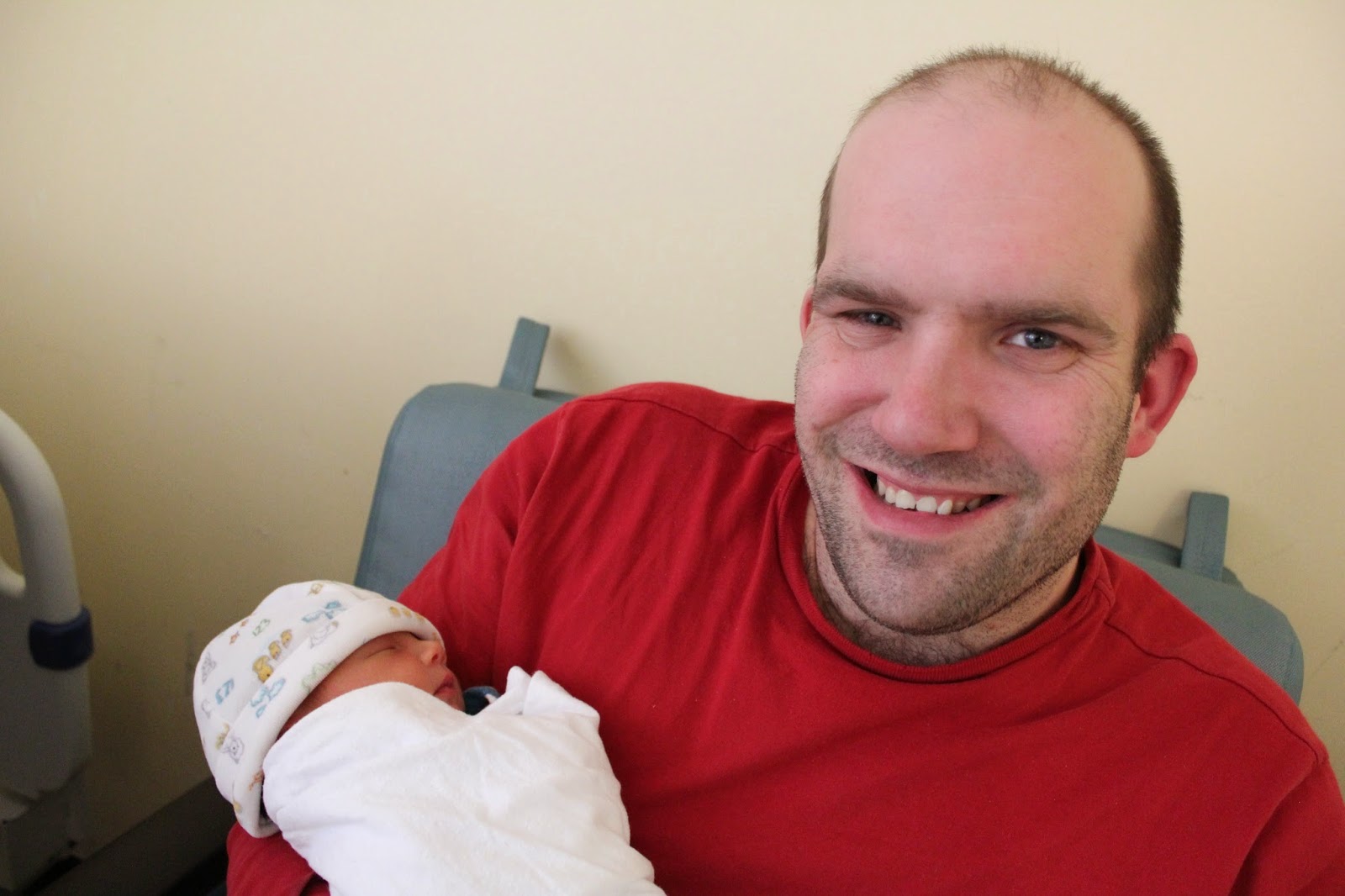 This delivery wasn't as dramatic as the first, but Danika still aspired to throw some adventure into the mix. Anytime you start off the Sunday morning with your wife "believing" her water broke (partly because we're not really sure when it broke with Everett, so it never has been the signifier that movies make you believe) and then needing to scramble to find ways to Hamilton and have someone look after a bouncing-off-the-wall Everett, you know it won't be all cold beers and football.

Instead we had the captivating action of roaming the hospital hall for several hours because Emily didn't have contractions. Though Emily would have likely preferred that boredom with the baby just popping out at some given time rather than all the pain crescendo instantly while baby's head parks itself right at the entrance for 30 minutes. It was also one of those times that I had wished I followed my husbandly instincts to inform the midwife that despite everything rushing along too quickly that any moaning and declarations of pain from Emily actually means she is ready to start the fun of pushing. 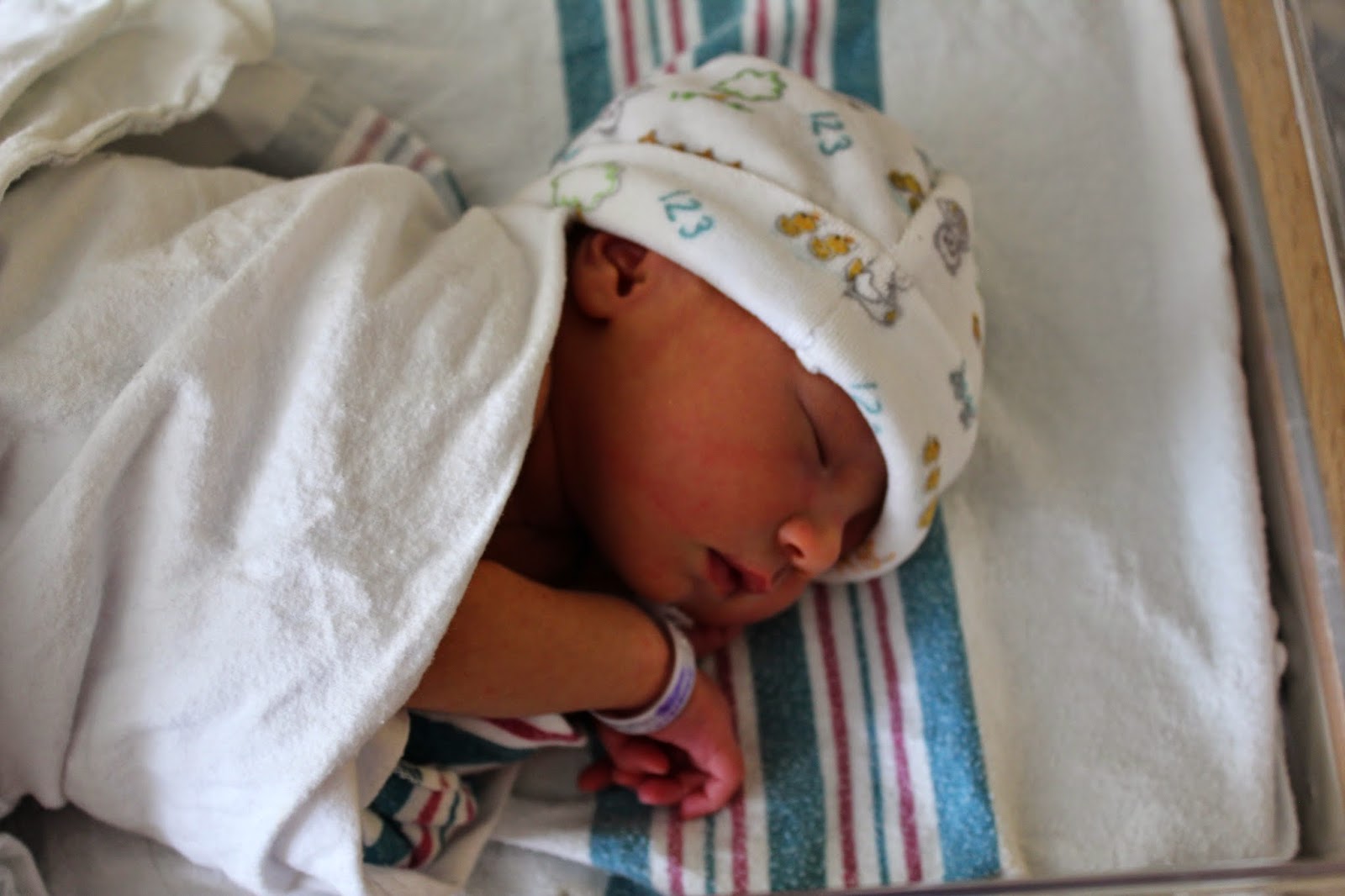 Though it is easy for me to say (though witnessing the woman who refuses to ever admit to pain actually groan is an emotional flogging that turns out to be its own kind of torture), the trauma and pain had a much more paramount reward. At the very least, Emily is now not the lone female surrounded by overly-emotional and dramatic men and has a female warrior to wade through the sappiness and man tears. She also has some confirmation that even if the deliveries are a pain to the lower regions, she had the miraculous skill of striking gold with babies.

We always labelled Everett the jackpot baby. He had a calm demeanour, went to bed with little fuss, ate like a champion, and essentially, a great tool for bragging about our parenting skills as we lacked any horror stories many of our friends rattled off. Of course, our parenting had nothing to do with it (or at least, I will happily surrender any credit), and we just knew the fates gifted us with a child that left nightmares and anxiety in the womb. For the last 9 months, I was working on the assumption that we already got our present and a gremlin would come riding out on a velociraptor. It is impossible to get a fantastically content and easy-going baby twice, right? 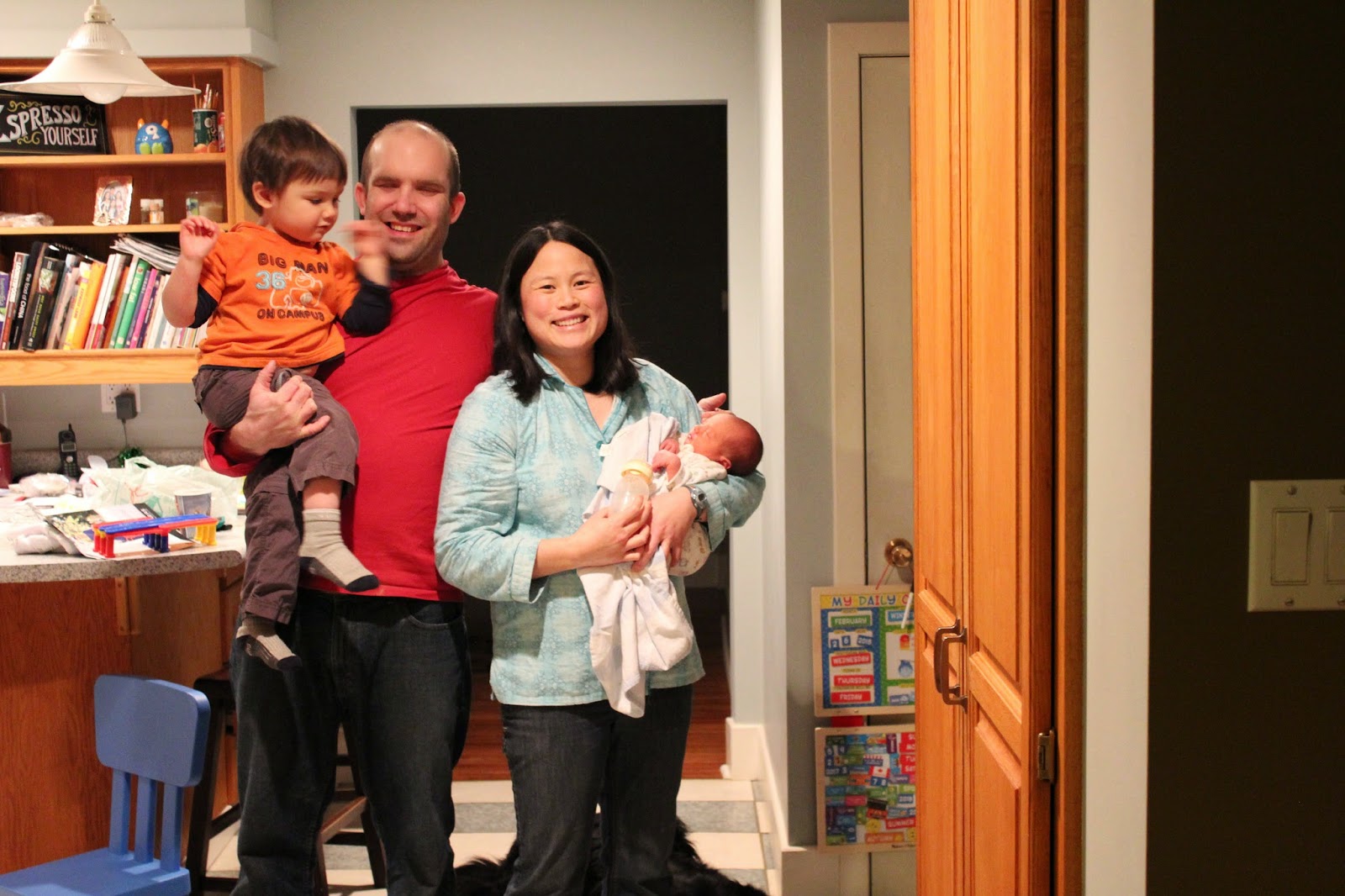 Danika would disagree with you, as she is clearly following the footsteps of her brother. Actually, she may be chiller and easier than even her brother, which I assumed was an impossibility. She happily hangs out by herself on the mat and sleep far more than her brother ever did, while also happily gobbling up her milk with little problems. The only moment she isn't bordering on perfect is where she shows off her powerful lungs by loudly protesting during her entire diaper change. As a father, I can live with a daughter who opposes being unclothed. 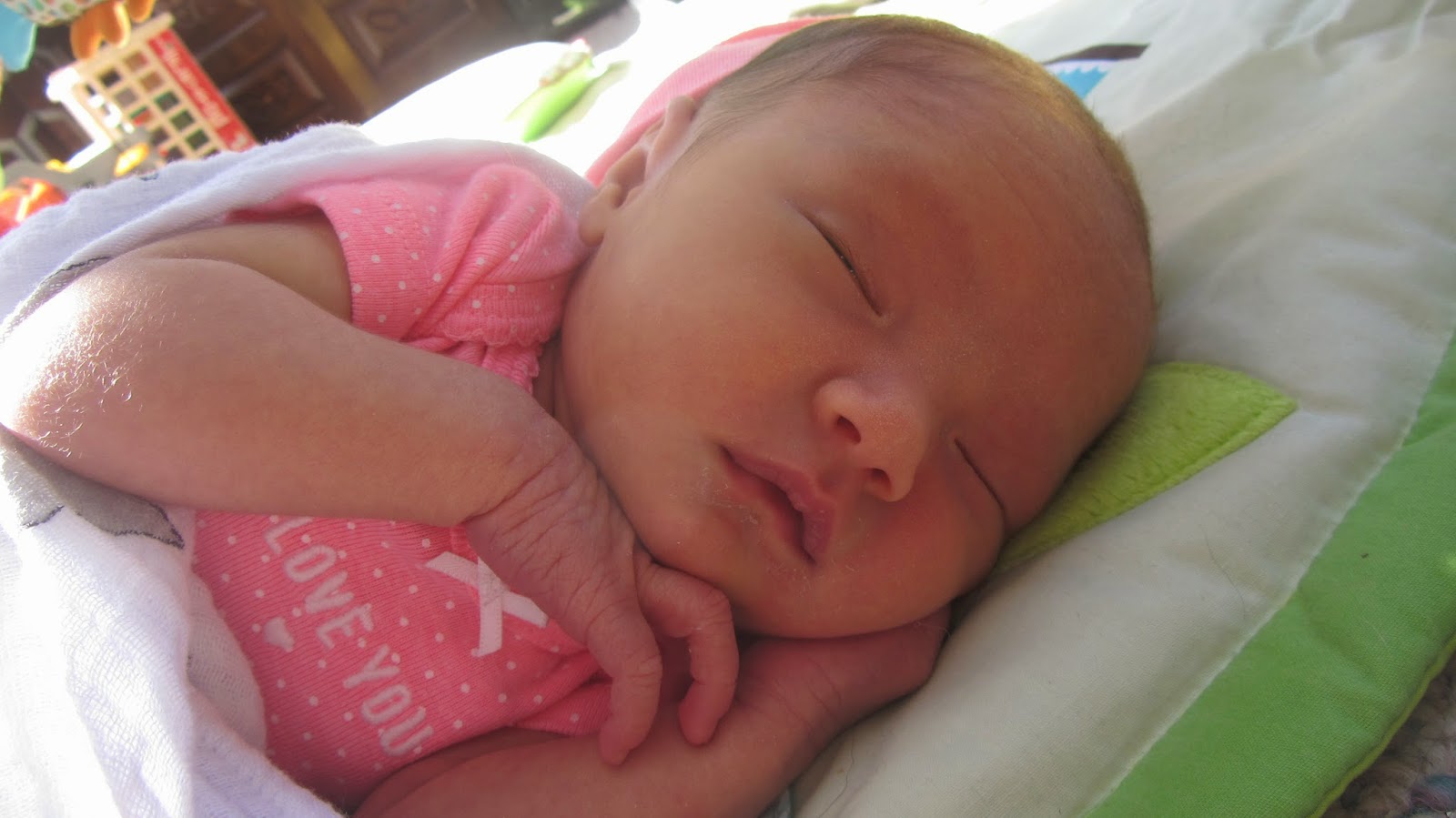 Unfortunately, Danika also mimicked Everett in the jaundice department, which meant that despite a March 1st birth, we didn't get home until Wednesday. Just because it seems destiny for the Spicer babies, Danika had to return the hospital the next day for her phototherapy session. Since we played this game with Everett, it wasn't anywhere near as traumatic, but rather just an irritation and roadblock of kicking into new family mode.

This is the other downside of the burping, hiccupping and gassy bundle of joy that is my beautiful Danika. The first week is an insane adjustment that was prolonged this time around due to arriving home later. Of course, this time has new challenges as we lost the power of double teaming and now the late nights and constant diaper changing has to be mixed in with looking after a bouncing off the walls 3 year old. 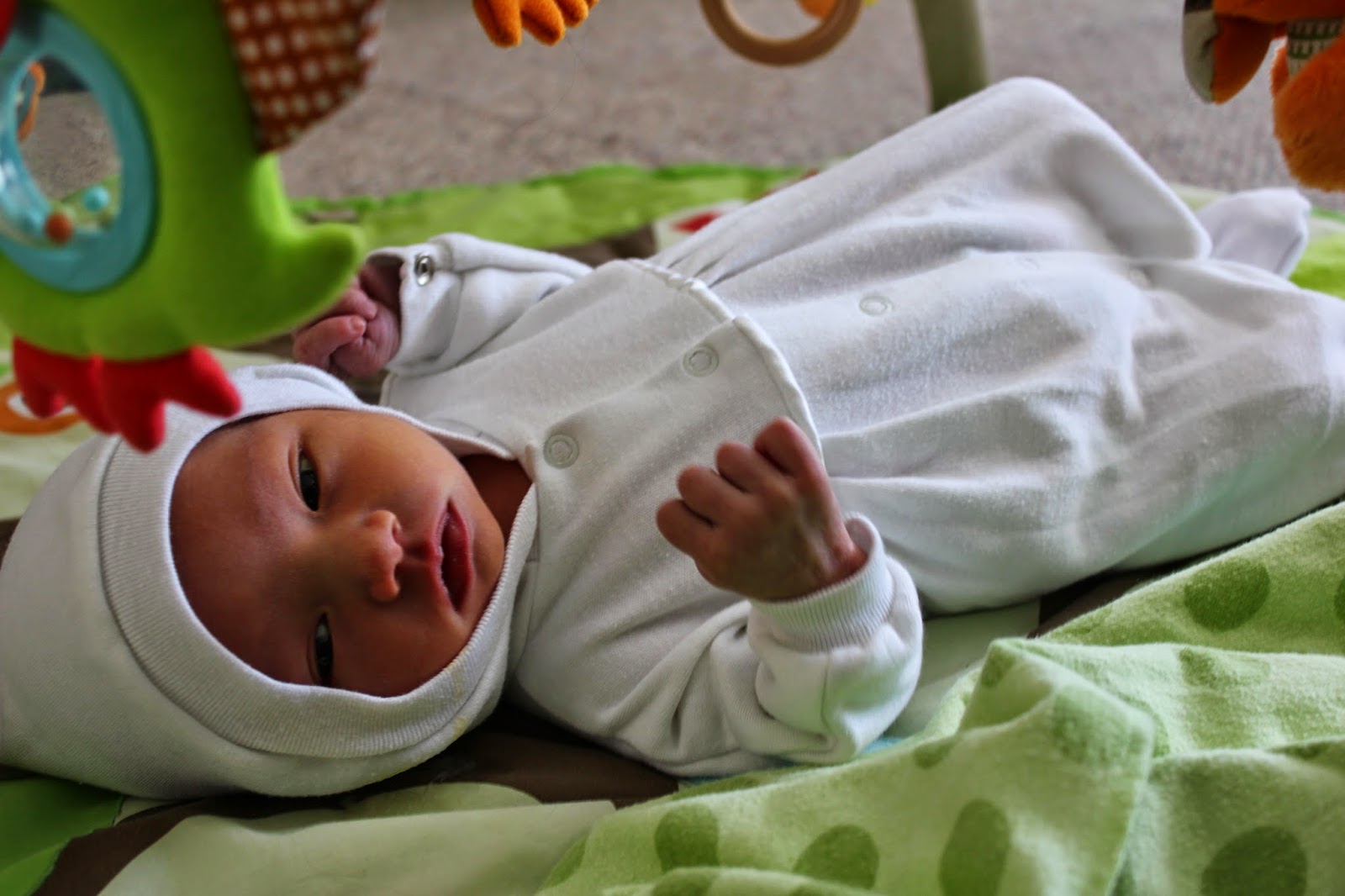 Make that a rather jealous but still very energetic 3 year old. When we were still in the hospital, Everett informed my mom that she isn't Danika's grandma and she would need to get a new one at the store. When we arrived home, I told Everett that he had to wait because I was holding Danika, which Everett let me know that Danika has feet with the implication she should stand while Everett gets some attention.

We've both been rather proactive in trying to give Everett attention and love, and it seems like he is slowly growing fond of the label of big brother. He did at least have fun taunting her with the pizza that she can't eat and is enjoying the perks one gets with being older. He also has been promised he gets to teach her all the important things in life like playing puzzles, drinking hot chocolate and building dragon castles. 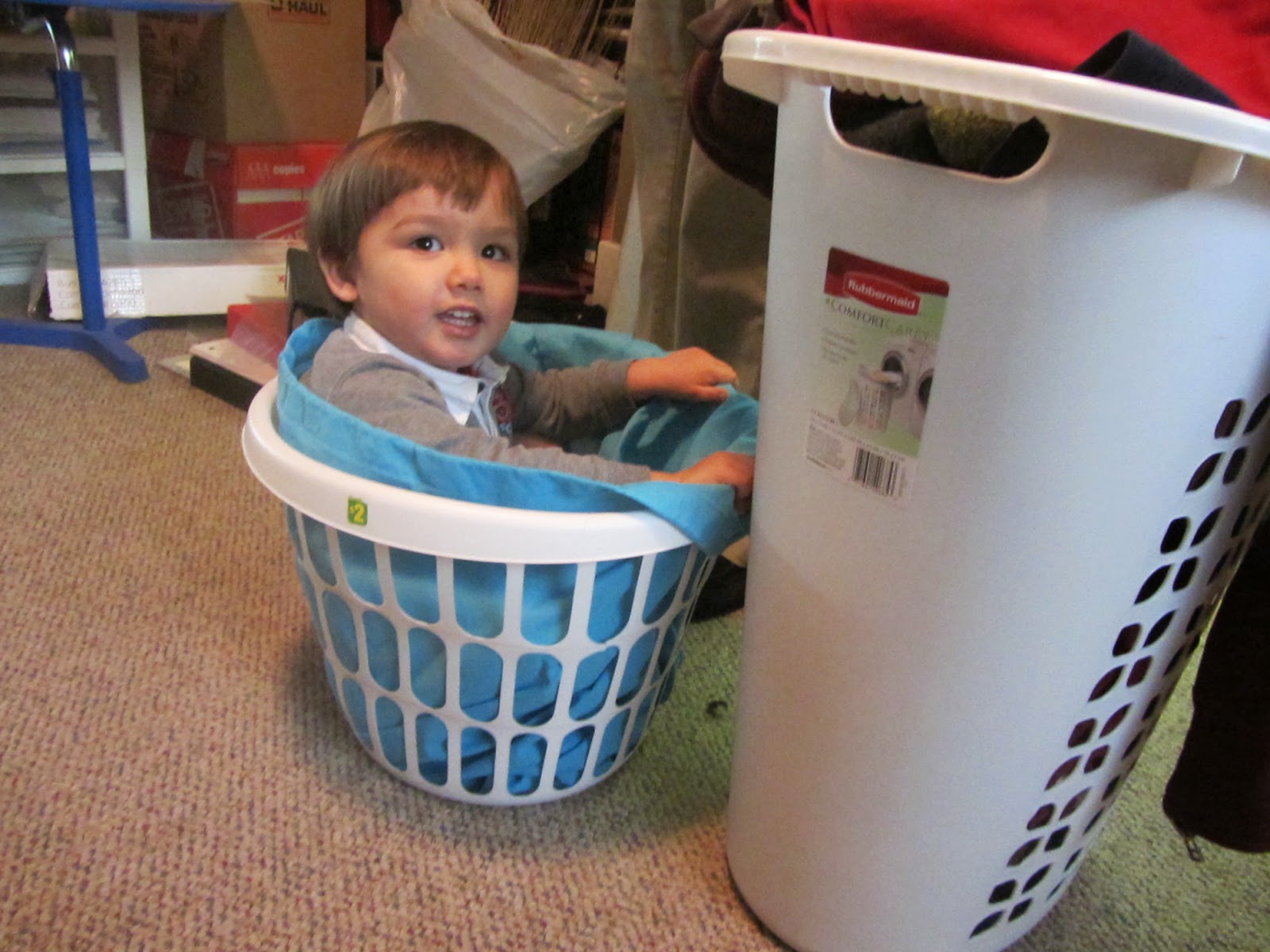 Any of the current hassles that come from the newest addition are minor. The joy is still overflowing from having a million dollar family. A term that is used when a couple has one boy and one girl. The real million dollars comes from having an incredible and creative son that has given me hours of pleasure and happiness over the past three years. Now, I have a daughter that will create different but just as spectacular memories.

Actually, the emergence of Danika has made me miss my "Dad's Eye View" columns that allowed me to recount my first year with Everett. I never really kept up with detailing life as a stay-at-home dad as well as I had hoped, but that doesn't mean Everett didn't provided many memorable tales after the columns ended. I've now been inspired to not only detail my life with two marvelous children, but to also trust my memory to regale everyone with some past adventures with Everett. My hope is to try to average a tale about my stay-at-home dad adventures a week along with all the movies columns and opinion pieces I'll be unloading over the months. 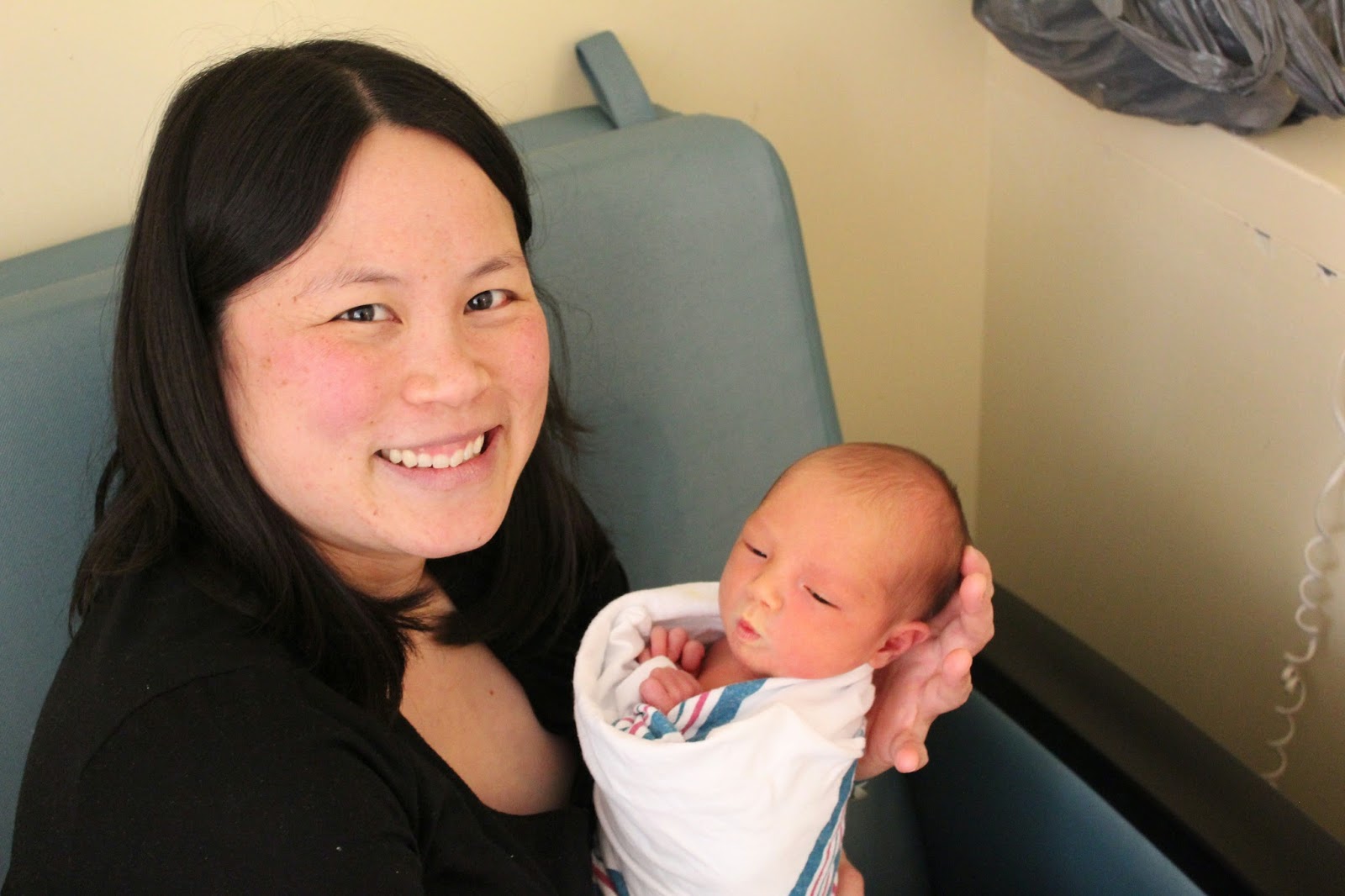 Right now the important thing is to introduce to the world Danika Lynn Yan-Guang Spicer. Just like her brother she arrived at 6 pounds and seven ounces. She is the most beautiful and wondrous girl in the world. Along with making me a proud and glowing father, she also has the achievement of being both sides of the family's first granddaughter and niece. She also has been the recipient of countless kisses and hugs. 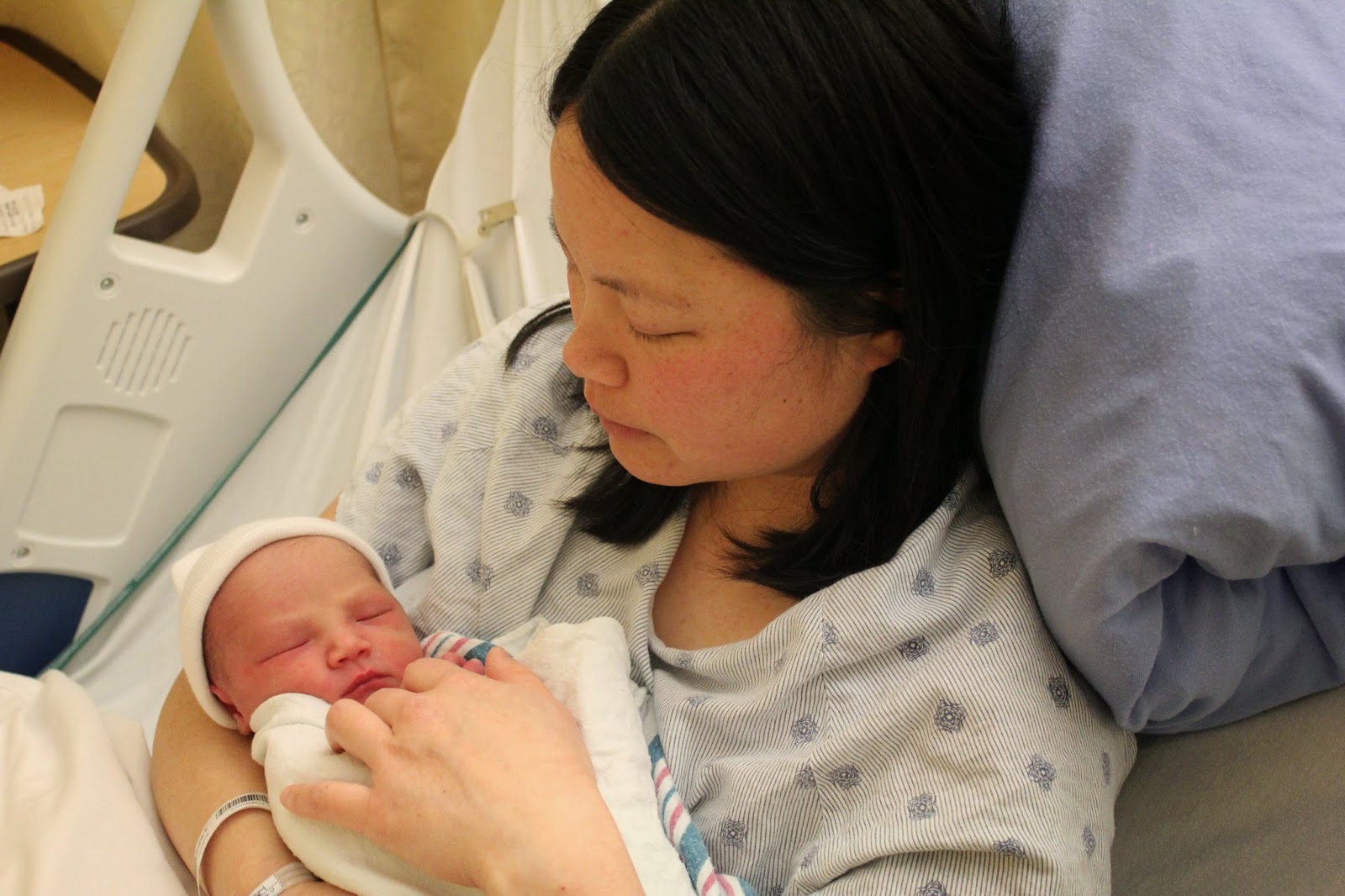 Danika, you are my precious and gorgeous angel, and I love you and your brother an indescribable amount, which is a hard thing to do for a man who is paid to be overly descriptive. I look forward to seeing you become your own person and what elements will remind me of your brother at each stage and what will be completely your own. Your mom and I have already guessed that you'll be the assertive and brave one that Everett will put up to a bunch of mischief. It is going to be an amazing adventure and I'm going to be here to provide and protect you, but also teach and encourage as you become more independent and confident over the years. Whatever happens, I will always love you. 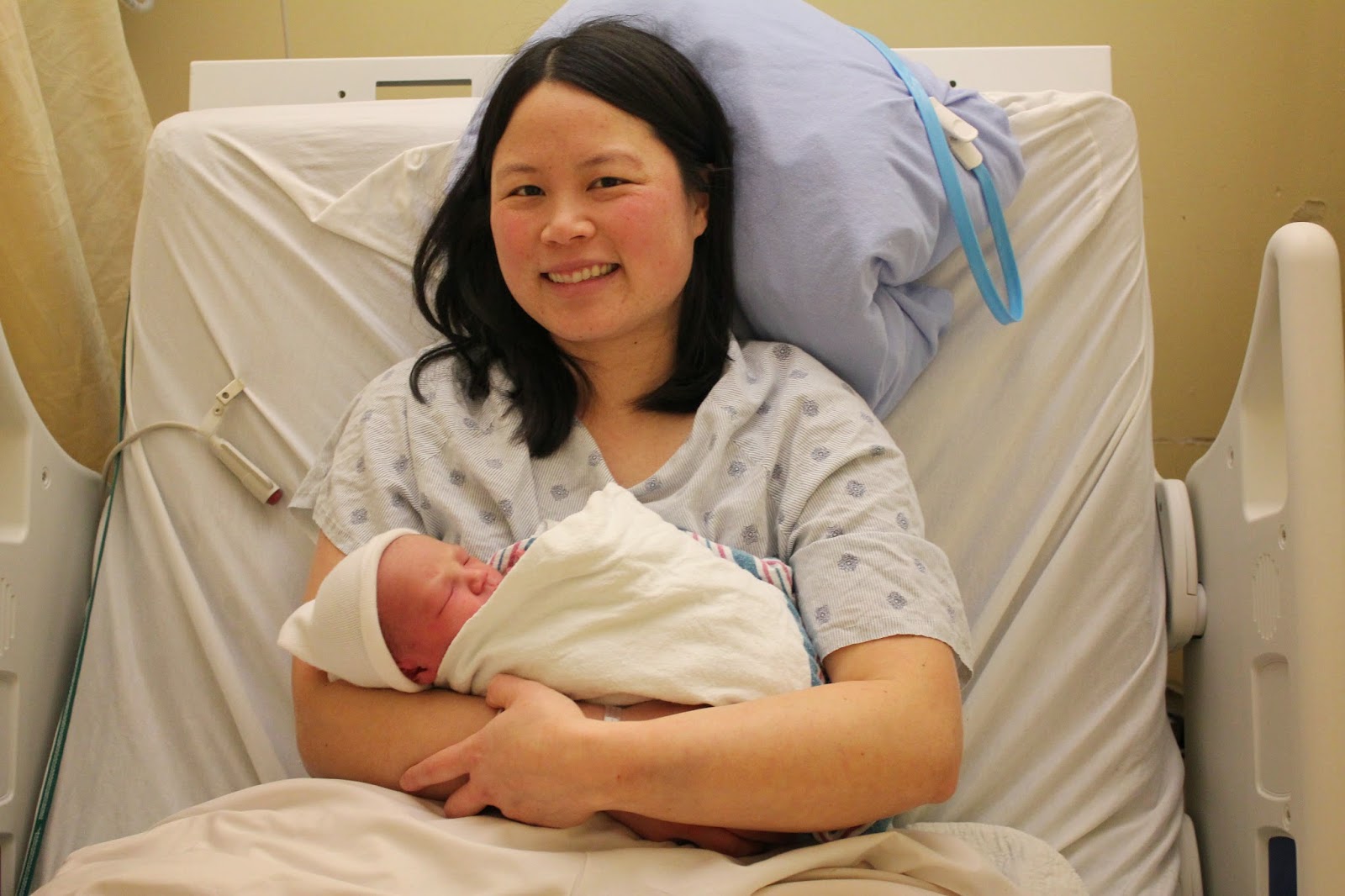 The best advice I have is the same I gave your brother and you'll likely not follow it either, stop growing up once you hit 3 years of age. 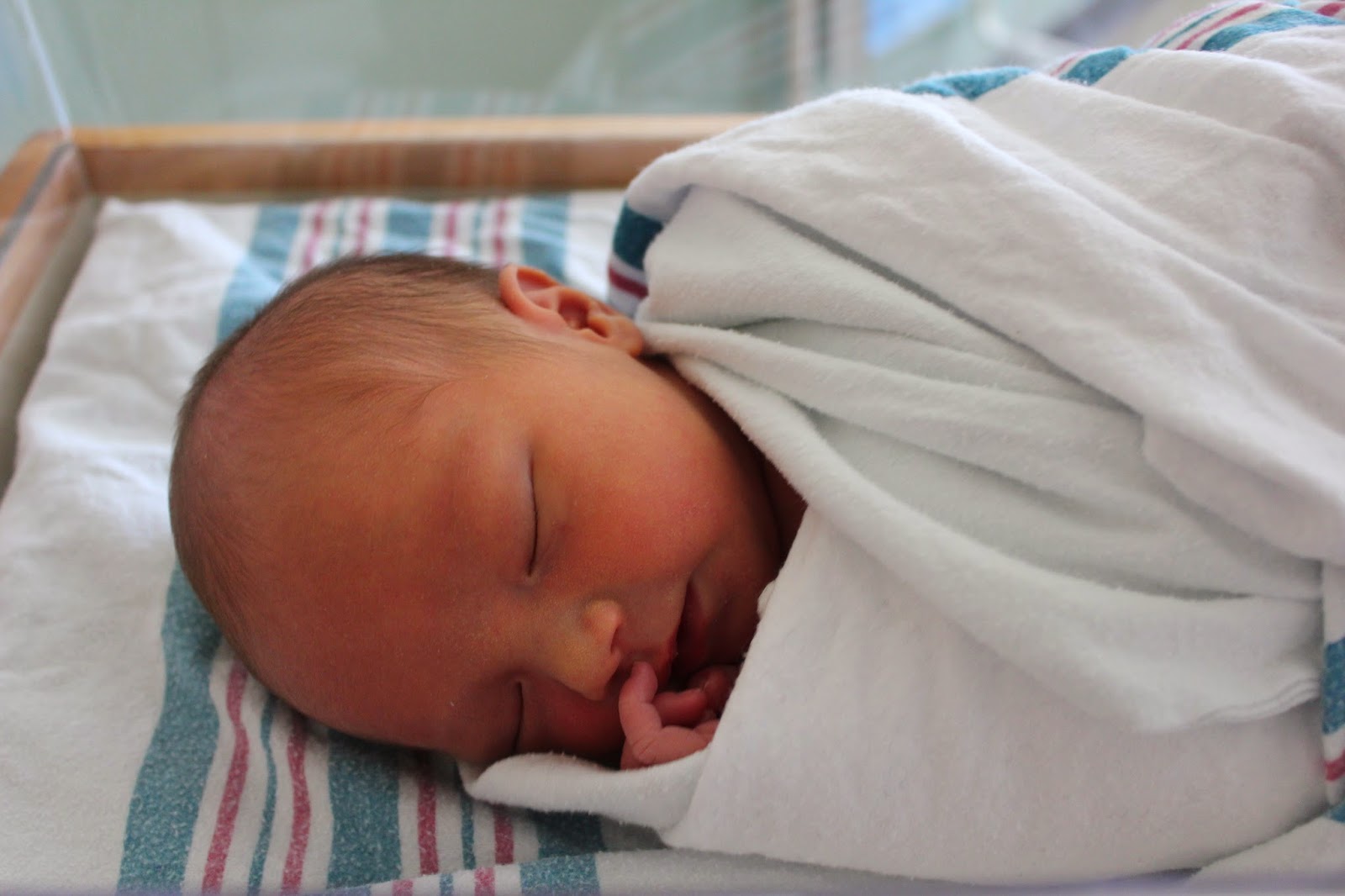