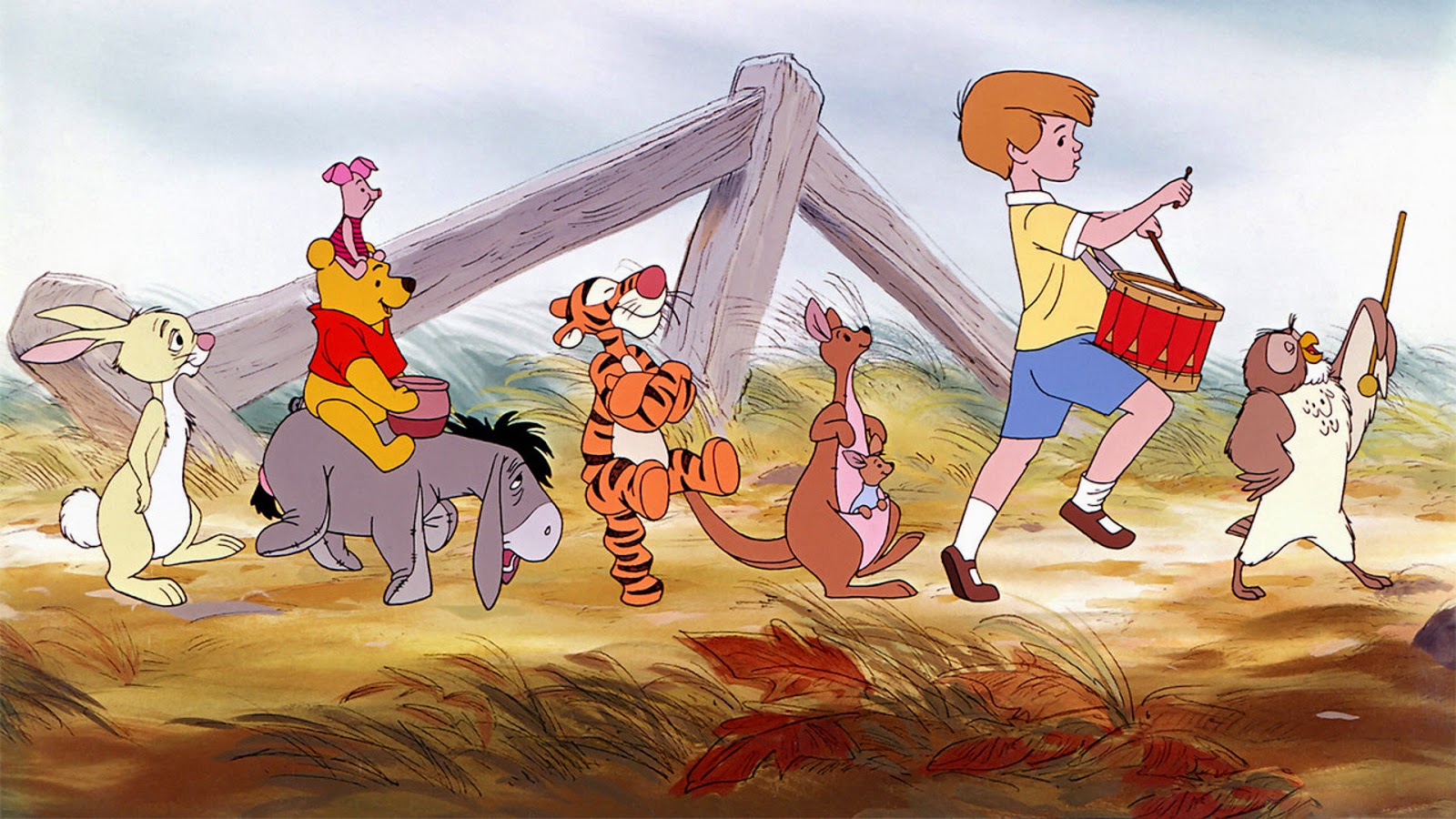 Disney has struck gold with its latest strategy of adapting their classic animated features into live-action movies. Though I'm hesitant that some picks have more to do with the colour green than actual creative inspiration, I did endorse the announcement of a live-action Mulan as an exciting move that can make a great epic adventure. In my article, I share my apprehension of going too insane with the reworking into live-action movies to the point that some of the features about talking animals like Lady & the Tramps and The Rescuers don't seem conducive to the treatment since it'd likely be almost 90 minutes of CGIed creation with occasional real humans popping in.

Disney must agree because they aren't reworking those movies but instead doing the much more sensible Winnie the Pooh. A tale about animals that talk, walk upright, wear shirts, garden and float around in balloons is really best told in live-action form. In any Winnie the Pooh feature that I've seen, there has been a grand total of one human character, Christopher Robin. Unless we're in store for some major revamping, we get to see a single human interact with whole bunch of CGI characters -- so, like an updated version of Star Wars Episode II: Attack of the Clones but with a more believable romance story.

The picture is being taken seriously as Alex Ross Perry the critically acclaimed writer and director of last year's indy darling Listen Up Philip has been signed on to write the script. At this early stage, the story is that an adult Christopher Robin returns to the Hundred Acre Woods to visit his childhood pals. One reason to have confidence in the project is Perry, who could bring a sharp wit and some irreverent humour to the beloved world. There is some potential for some gentle mocking of the well-established property in a similar way that worked for The Muppets. This is a pretty cherished brand for Disney and so they will also be pretty protective and closely monitor the creative process.

It looks like it could be a tale of recapturing one's childhood or maybe even letting go of the past. Those are some pretty powerful themes, but they've also already been expertly covered in the family film series, Toy Story. Even though this seems like a disaster on paper, I have to also confess that a movie based on an amusement park ride sounded like a fiery mess and Pirates of the Caribbean turned out to be a rather fun action adventure (I wonder why they never made sequels for that movie?).

I'm wary on the effort and purpose of taking a property that will clearly need so much CGI and already had a pretty great following as an animated franchise. Movies like Smurfs and Alvin and the Chipmunks were clear box office hits, but the quality is far more suspect. In the case of the Smurfs, they've even decided to go fully animated for the next feature, which I'll take as some form of a confession of failure. Actually, the only CGI mixed live-action picture of this type that really worked was this year's Paddington. It felt like a children's book come to life and most of the picture defied reality and played like a cartoon. It was the performers and its charm that made it work, but it is a rarity that actors are effectively used in this scenario.

I have fond memories of Winnie the Pooh. I had one school grade as a child that I found nightmarish and unbearable. But I remember one day the teacher took a break from drilling math equations into my head and we got to watch the original The Many Adventures of Winnie the Pooh and I instantly connected with that whimsical and foolish bear. In all his awkwardness he embraced life and made the best of his mistakes. It was that day I started imagining that I could be Christopher Robin and venture off to the Hundred Acres Woods for companionship and encouragement. I sort of got my wish as my son often likes to refer to me by that name and demands I call him Pooh.

I'm rooting for this movie to work. I'd rather an animated feature, but maybe Perry can come up with something magical and poignant that can resonate with a new generation of children. I'm also sure he'll create a new character to slap on a new generation of lunch boxes too. Of course, now I'm just being cynical. Maybe I should sit in my thoughtful spot and think over how I should give this movie a fair chance.
Disney Movies News Winnie the Pooh