Run for Your Lives, Because 'Fuller House' is Now for Real 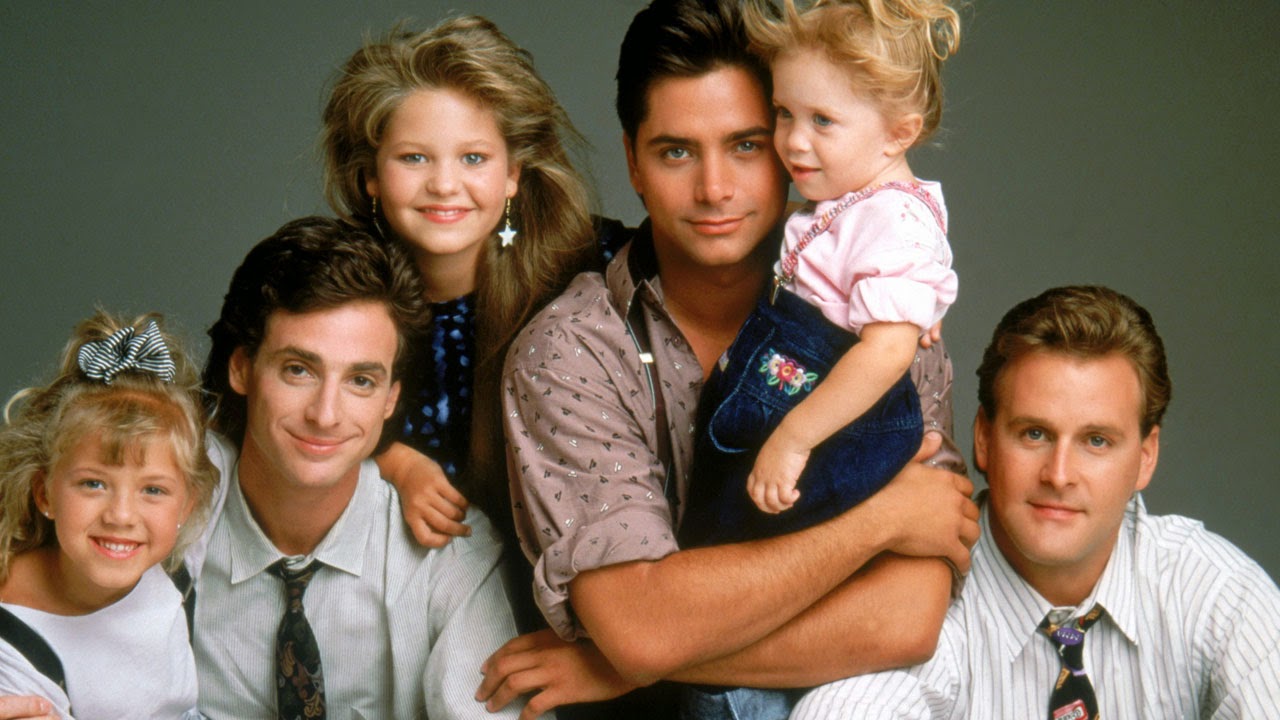 Much like that hideous scar on your left leg from excessively scratching the chicken pox when you were a kid, Full House refuses to ever go away. The last two decades since the series finally stopped churning out new episodes. I've comes across many series box sets lying about people's homes or folks openly admitting they spend hours of their free time watching reruns. The actors may have gone to other things like rehab or voice work for better series, but the legacy of the show has never died. It will haunt and stalk us forever just like the creature from It Follows (which just so happens to be something that I'd like to watch a hundred time more than another episode of Full House).

Confession time, back in the late '80s, Full House was indeed must-see Friday night viewing for me. I remember even looking forward to the new episodes during the day at school. I even imagined being on a date with D.J. I'm clearly now divulging too much information. For me, Full House seems to be a series that perfectly encapsulates another time when TV was very different. A time when it was largely believed to be a thing that played in the background as you folded the laundry. There wasn't any character development or challenging stories or feeling that any episode actually mattered for progression. It was also beyond schmaltzy and sappy with a message that a little light piano music can solve any problem and a cute little girl spouting "You got it, dude" is the epitome of comedy.

Despite my less than ringing endorsement, Netflix has decided to go forward with Fuller House the series sequel to the original series. Now, we get to see D.J, Kimmy, and Stephanie play the single parents with all the crazy hijinks of managing precocious kids. Since the original series keeps popping up on the "Popular on Netflix" list, there is an audience for it and they are likely doing cartwheels over this bit of news.

I think Netflix is the right place for it. It is the place people binge all the shows from the past and so it clearly is the spot where nostalgia can reign supreme. This show's entire appeal is going to be on the nostalgia crowd and pulling up the memories from past episodes and seasons. It needs to be a built set (preferably the old one pulled from the dumpster) in front of a live audience with all the necessary catchphrases and there must be a silly conflict that can get wrapped up in 22 minutes after a heart to heart. It has to be light and mushy and cheery and take itself completely serious. It also must be something no one in my family wants to watch, but now with that declaration, I now know what will be Danika's favourite show ever.

Nostalgia seems to be the trend in series right now. We've got Craig T. Nelson returning to NBC so he can be Coach again, The X-Files will be doing a six episode events series on Fox, Heroes is doing a big event for NBC, Twin Peaks even without David Lynch seems to still be a thing, and The Muppets Show is very close to being a reality (I endorse that one though, so it might not happen). I'm pretty sure I'm missing fifty other revivals and by the end of the day we'll likely have an announcement of a brand new gritty Golden Girls reboot.

Gritty or mature or "reimagined" is the big hoopla for returning properties. In some of these cases, I think that modernizing the series is crucial for its success. But Fuller House must play entirely to the old memories and nostalgia of those who've destroyed their DVDs by replaying every episode for the last 10 years. This must reek of mothballs because it is so dated.

I'm still convinced a fan could save lots of money by just rewatching the same episode over and over again. They'd get all the major plot points and value of the entire series from any single episode. But Netflix doesn't seem to see the genius of just releasing the same episode every week.

Fuller House will presumable be 13 "different" episodes. It must scream late 1980s and early 1990s sitcom with maple syrup overflowing out of the screen and with sweetness that will rot teeth. It must be formulaic and predictable. This is the series that panders to all those that have looked at the last decade that most see as the new Golden Age of TV and grumble that actually they just don't make them like they used to. Now they do, and it will be called Fuller House.
Fuller House Humour Musings News Nostalgia Television