A.C.L.U. Ready to Shake Up the Male Stuffed Director Scene 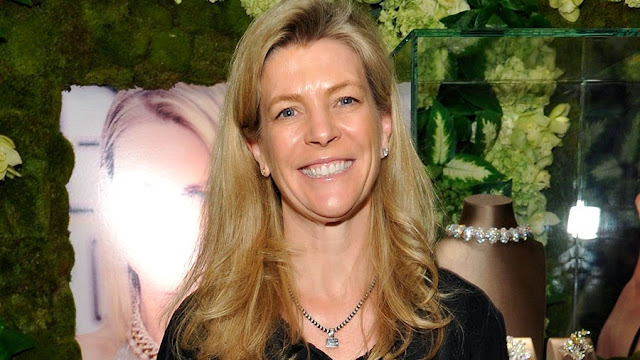 In the last few years, some of the biggest surprise box office hits have been those that drew in large female crowds. Many of these have been big budget action-oriented pictures or raunchy comedies that happen to contain strong female characters. It has proven that the typical "chick flick" isn't the only thing to lure out women to spend money. Despite the evidence women are becoming the most active and consistent movie goers, Hollywood still doesn't provide them with the best opportunities.

There is a problem with many of the major releases by the big six studios (Warner Brothers, Universal, Paramount Picture, 20th Century Fox, Sony Pictures, and Walt Disney). Most of the big budget movies and especially the summertime tentpoles have male characters in the crucial and exciting roles. Women are cast as afterthoughts by being stuck with such enticing roles as "wife stranded in a place of intense danger forced to wait for her husband to save her" or "girlfriend trapped in deadly location needing her boyfriend to rescue her." Sometimes to show the outside the box thinking of some filmmakers and writers you get a daughter needing her heroic father to save the day. Soak in that complexity.

A big part of the problem is that the majority of screenwriters and directors for major movies are men. Actually, a rather disturbing infographic put together by Indiewire's Women and Hollywood showed that in the last 5 years there were only 4.7 percent of the major studios movies that had female directors.

It isn't all doom and gloom. Recent hits like Maleficent and Lucy have made most studios want to make some female focused blockbusters. Marvel has finally announced their first female led movie in Captain Marvel and have already promised a women director for it. Word started surfacing this week that Marvel is trying to land Ava Duvernay to helm one of their features (the best guess is Black Panther). Warner Brothers will have Wonder Woman, which will be directed by Patty Jenkins.  Sony Pictures will have two major franchises with female leads in both Ghostbusters and a revamped 21 Jump Street (and there was once talk of a female superhero movie set in the Spider-Man universe). Many comedies now are starring females with Spy and Trainwreck being two big summer hopefuls (let's all forget about Hot Pursuit).

The problem is that despite this move towards stronger female characters in big budget movies, many of these pictures are still being directed by men. If a female is given a chance to direct it is often still a "female-centric" picture rather than the summer's big tentpole. Patty Jenkins might finally be getting Wonder Woman, but she was supposed to direct Thor: Dark World before the dreaded "creative differences" struck again. Several weeks ago Wonder Woman was initially supposed to be directed by Michelle MacLaren who was also hit by the nasty "creative differences." It was later revealed there were some fears over her inability to direct big action sequences (since against studio wishes, she wanted to do a Braveheart-like origin action picture rather than a character-driven story). Warner Brothers for some reason couldn't trust the director who has done some of the most critically acclaimed episodes of Game of Thrones and Breaking Bad to do big action and manage special effects. Yet I haven't ready any hesitation or concern with Colin Trevorrow directing the massive tentpole Jurassic World, despite his past feature was the small indy comedy Safety Not Guaranteed.

There seems to be a belief women either don't want or can't do tentpoles since their previous work is smaller budget and intimate. Yet many of the current big budget powerhouse male directors got their start from smaller indy fare, but have the advantage of a penis between their legs thus naturally must be able to handle bigger movies.

This is all clearly unfair, but is there actually discrimination and is it a civil right issue? The American Civil Liberties Union is ready to answer that question. New York Times recently reported the A.C.L.U is requesting state and federal agencies to investigate the hiring practices of Hollywood's major studios, networks and agencies with the potential to bring charges against them for blatant discrimination in hiring female directors.

This wouldn't be the first time such a charge has been put against Hollywood. Times mentions in the article that in the 1960s the federal Equal Employment Opportunity Commission got a settlement against the Association of Motion Pictures and Television Producers that required measure be taken for better employment for minorities (not just women) though it was never properly enforced. The hope of the A.C.L.U. is for this time to have it stick and enforce real change.

Even if A.C.L.U is unsuccessful with the charges, hopefully the accusation are enough to scare a few studio heads into being more focused in allowing female directors to helm a massive tentpole rather than just a niche "female" feature. The box office is also becoming a place that is forcing studios to pay attentions to movies with strong female characters. Hopefully, movie goers realize it is just as crucial to support the rare big movie by talented female director to prove audience trust them with tentpoles.

It will allow the cinematic landscape to truly become diverse. Then by 2035 my daughter Danika will get a fair shot at directing and can fulfill my dream of a special effect-laden, female starring Scarface musical set in space.
Ava Duvernay Marvel Michelle MacLaren Movies Musings News