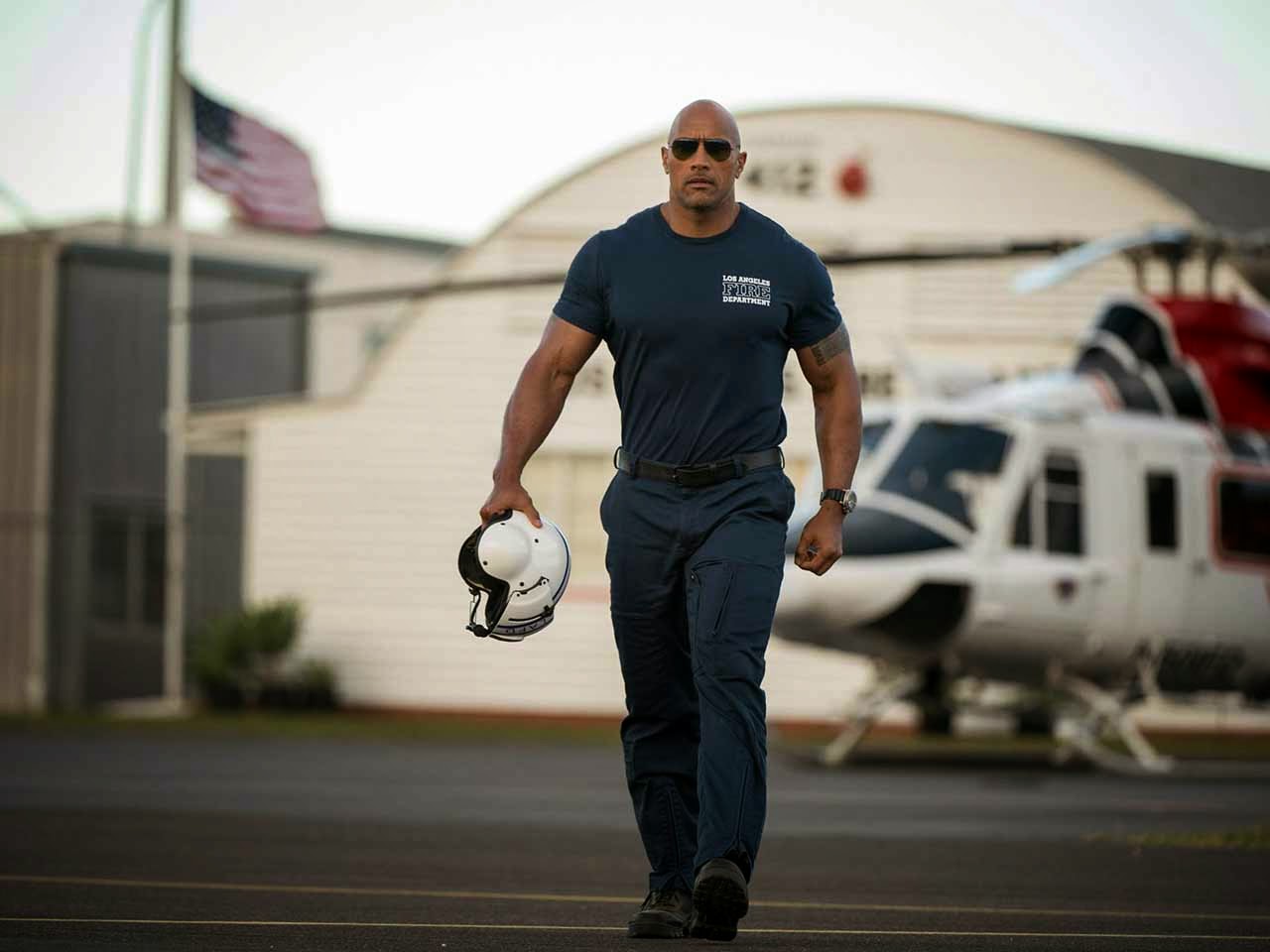 I'd complain that San Andreas is rocking us with an endless tidal wave of trailers except that apparently this is "only" the third and a movie I really want to see in Mad Max: Fury Road had about 8 billion trailers, teasers, and sneak peeks. It is how the game is played now with more attention, discussion, and coverage for a movie happening before the release then when people can actually watch the whole thing.

This trailer is the attempt to reel in those that dismissed the movie as a pure symphony of CGIed catastrophes by slopping a few scenes at the start that show such high drama as the Rock making a phone call to his wife or the Rock driving his daughter to university. As riveting and profound as those scenes will surely be, it isn't likely to be an Avengers: Age of Ultron situation where Joss Whedon was earnestly trying to make the movie mean something and infuse his personality into the CGI tentpole spectacle. I'm predicting any scenes that aren't containing boats smashing through window walls or crumbling buildings chasing a helicopter will just be filler scenes designed either to establish this is indeed a movie or act as breathers between the disasters.

To be fair the crumbling of California looks pretty spectacular and this is top of the line special effects that may actually dazzle on the big screen, While Avengers: Age of Ultron will win hands down for actual substance, the action sequences appear to be crisper and creating a chaos that is easy to soak up opposed to the indecipherable light show that was many Avengers sequences. The recent trend with upcoming tentpoles like Mad Max: Fury Road, Mission Impossible: Rogue Nation, and Star Wars Episode VII: The Force Awakens is blending CGI with practical effects and stunts. That seems to also be the case here or the special effects have advanced enough that it doesn't look like a video game (which is hard to believe considering Avengers' first half had a string of disconnecting action sequences that very much felt like it was birthed entirely on a computer).

This is mindless action from the disaster genre that has always put spectacle over drama and character. It is presented from the director that unearthed gems like Cats & Dogs: The Revenge of Kitty Galore. It also has the Rock with his charisma and screen presence that often make even the most ridiculous pictures have some personality and charm (he is the best part of the Furious 7). San Andreas is fast food cinema, but sometimes you're just craving Wendy's.
Movies Review San Andreas Trailers