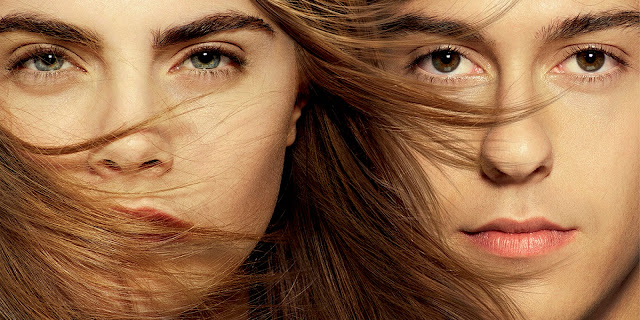 The Fault in Our Stars was a big hit last summer and the success revived a genre that has been largely absent from the mainstream for several years: the coming of age high school movie. If it wasn't a hit last year, it is pretty likely the rather smart and entertaining The Duff would have been annexed to VOD. Sadly, John Green's magic came about just a year too late as fantastic movies like The Spectacular Now, The Way, Way Back, and Short Term 12 were denied anything close to a wide release. It took a touching story of cancer stricken teens to prove teenagers want to see themselves in more than just movies set in tyrannical dystopias.

The crown jewel of "not-quite-a-craze" is Green's Stars adaptation. In crushing news for 20th Century Fox, the story didn't really open itself up for franchise potential unless they wanted to add in a supernatural component. It looks like the new franchise plan is to jump on the Green brand and just adapt his collection of YA novels. So, we have Paper Towns and the one that will really prove if high school teen movies are truly box office draws during the competitive summer time.

I liked this second trailer way more than the first one that dropped several weeks ago. It still frames almost the exact same story of boy crushing on girl, has one terrific and crazy night with her, she suddenly disappears, and he is off on a road trip to find her. This time it dropped any of the silly thriller-ish vibe and showcased clips that gave attention to the teenage characters and their friendship. We get introduced to Quentin's friends and get to experience their interplay and chemistry. At its core it is still a romance and the trailer teases the Quentin and Margo relationship that is likely deemed by the studio to be the big selling point for teenage girls. I sensed charm and personality here and some nuances to the supporting characters. This is less some odd "search out a missing girl" thriller and more of a Stand By Me coming of age symbolic journey, except at the end is a beautiful girl rather than a dead body.

I also like that it has the bravery to eschew casting stars deemed box office gold and rather go with less proven but still talented actors in Nat Wolff and Cara Delevingne. This once was a genre that offered the big break to young talent and even turned some into big stars. Wolff does have some experience but it has largely been in smaller supporting roles (his biggest being The Fault in Our Stars).

This still may be really silly and melodramatic. It looks to demand some serious suspension of disbelief as teenagers apparently replace police for solving a missing person case. I really sense a love for the characters here and a great energy. This will also serve as a palate cleanser as we'll be deep into the special effects season and needing something different and lighter. This is a genre I have a huge soft spot for and I'm excited for the genre getting a coveted alternative to special effect tentpoles spot.

This summer actually is a great one for the coming of age fans, as there are two others slated as well. This is the most mainstream one and may end up being the only one to play at the multiplexes. It is also the one I'm the least excited about. Dope and Me and Earl and the Dying Girl look like fantastic, sweet and quirky teen pictures daring to do something different while maintaining the charm and spirit of the genre. Both have received great early reviews at festivals and should be worth tracking down when they're released.