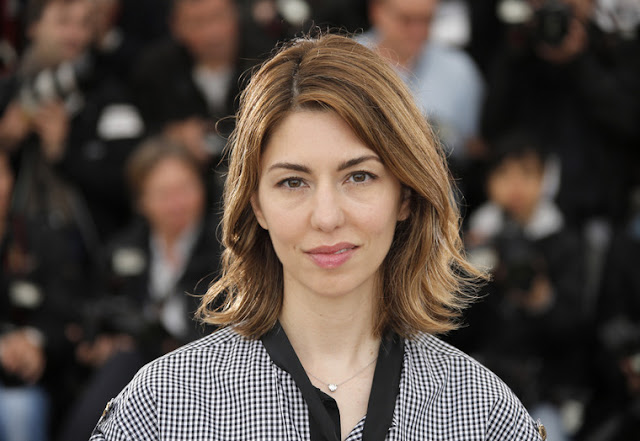 Much like Jason lumbering out of the woods, "creative differences" has slashed down another. Hollywood Reporter announces that Sofia Coppola has left Universal's The Little Mermaid feature. News that talented directors leave a movie after being unable to resolve different visions with the movie studio has started becoming more common than those pesky remake announcements. As much as many whine that constant reboots heralds the creative bankruptcy and impending doom of Hollywood, the constant removal of critically acclaimed and popular directors with creative and distinct voices is far more damaging and discouraging.

Movie studios having the final say or forcing a director to slide towards their ideal isn't new. For tentpoles it has always existed and since the movie industry has always been a business, the people with the money and the biggest investments have had the final word.

The mystical and glorious time that directors had massive creative control and were able to completely carry out their passion has been puffed out right around the time I was born and my hairline reminds me that was many decades ago. The 1970s is largely seen as one of the true golden ages of cinema and is often referred to as the New Hollywood or the American New Wave. It birthed and then subsequently was ruled by such iconic directors as Martin Scorsese (Taxi Driver), Sidney Lumet (Dog Day Afternoon), Francis Ford Coppola (The Godfather), and little known auteur, Steven Spielberg (something long forgotten). It was never going to last and there were many factors for the death, but one of the most often referred to events was once golden boy Michael Cimino (made his name with the fantastic The Deer Hunter) directing gigantic critical and financial flop, Heaven's Gate that bankrupted film studio United Artists.

The days of director driven film production are long gone and for almost every movie made at the big studio level (especially one with a good-sized budget); it is the executive with the most control. There are exceptions with George Miller's Mad Max: Fury Road feeling and looking completely different than any other big studio action movie over the last several decades because the 70 year old director has the gravitas and clout to follow his vision. But not every acclaimed and respected veteran director is even allowed that courtesy by studios, as was proven a few years ago when Ron Howard was forced to make his first independently financed picture with Rush (money came outside the big studio system even though Universal distributed it).

In the last year or so, we've seen studios sign on some of the most creative and exciting independent (or TV) directors to helm big budget spectacles. It is thrilling to see new voices bring in their personality and flavour to a system that has felt homogenized and sterile. The recent exodus of filmmakers from upcoming projects is proving that their unique talents are being squelched in favour of making something more in line with the big studio way of filmmaking. This isn't to say that then all big budget films turn into a pile of mosquito attracting shit, because Avengers: Age of Ultron and Tomorrowland are studio controlled movies that were still able to squeeze out the style and skills of the helmer even if both also felt very much like a mainstream tentpole.

The disheartening thing comes when directors who were passionate about a project and were largely responsible for the movie being greenlit then have to abandon it because they can't create the story that got them initially excited. Ant-Man is happening this summer because Edgar Wright toiled for years to get it off the ground, but we won't be able to see his version. Cary Fukunaga (established himself by helming the True Detective series) recently left the adaptation of Stephen King's It, and it sadly looks like the studio intends to move forward without him.

Even directors that stick with projects like Joss Whedon (Buffy the Vampire Slayer series), Colin Trevorrow (Safety Not Guaranteed), and Josh Trank (Chronicle) seems beaten down by the studio system to the point they remove themselves from the sequels. Whedon said in several interviews how the process of the Avengers sequel crushed him and it wasn't as fun as making the original (likely due to it now being a bona fide hit that made the studio much more involved). Trevorrow hasn't stated why he won't be doing the almost assured sequel to Jurassic World, but I wouldn't be shocked if fatigue was a factor. It looks like Trank may be completely done with wanting to do any major studio movie for a bit based on lacking control when helming this summer's Fantastic Four.

I don't know if Coppola saw The Little Mermaid as a passion project, but this was likely to be her biggest budget picture. Based off her past works like The Virgin Suicides, Marie Antoinette, and The Bling Ring, I think she really would have had a fascinating take on the classic Hans Christian Andersen tale. She is expert at delivering on the great visuals and colorful worlds but using those images to tell a variety of stories, which fits a fairy tale setting perfectly. Coppola often explores how society expectations and influences of pop culture can put pressure on the individual and drive them to make dangerous decisions. The idea of looks and fashion being held up as gods is a rather important part of the mermaid who wants to be human to win over a princess and is willing to abandon her entire life under the sea.

Coppola could have brought a relevance and hidden darkness that has been absent since the story was initially written. But I'm assuming Universal would rather try to make something closer to Disney's latest live-action adaptations of their animated features and make a gloriously glossy family adventure. Coppola probably would have made a family friendly picture too, but with an embedded irreverence and wit that may now be expunged. I don't really have any interest in yet another live-action reworking of a family friendly story that was already done masterfully many years ago without the complexity that Coppola would have brought.

At some point this may all crash and burn for the big movie studios. They are far from the only entertainment game in town. The talented filmmakers have other options to tell creative stories that can play out the way envisioned by them. The independent film scene doesn't have big studio budgets, but it is a scene that is thriving and growing. It is the place where "they don't make them like that anymore" movies are being made like that. It is where we've got great pictures like A Most Wanted Man, It Follows, The Grand Budapest Hotel or Boyhood, the type of fare completely absent from the big system and are truly filmmaker driven projects. With the rise of Netflix and foreign backers, the really solid and innovative mid-budget pictures are likely to grow on the independent scene. I don't think it can last forever or sustain itself, but for now, studios may start losing the best directors and writers to it.

Then of course, there is television that is thriving in its latest golden age. It is making the challenging and provocative fare that you used to only be able to see in motion pictures. Now some of the best entertainment like The Americans, True Detective, and Breaking Bad (or at least it was) are ruling the airwaves. Top directors like David Fincher have already declared they prefer the control that is allowed and encouraged on the television landscape and likely to do more of their projects there. This will likely change too and networks and cable are starting to look more to franchises and established names as well, but right now, it is a great place for a director to make and create the story they are passionate about.

The Little Mermaid without Sofia Coppola isn't the biggest loss. But it does speak to a problem. A problem that doesn't look like it is changing. But hopefully, the rise of independents and television will at least encourage the studio system to make a few gambles on some mid-budget fare to allow voices to break through and make for more diverse film slates.
Movies Musings News Sofia Coppola The Little Mermaid