'The Secret Life of Pets' Trailer is Light and Fluffy Like Mr. Whiskers 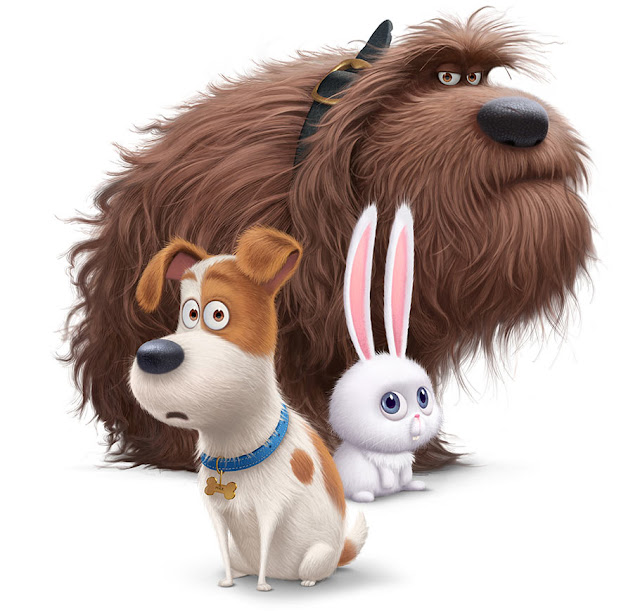 With Disney's Zootopia dropping its first trailer last week and now trailers for both The Secret Life of Pets and Kung Fu Panda 3 being released, it looks like animals are now all the rage for animated features again. This may be the greatest news ever for Everett who has a deep love for animated animals and if he had the pull, would nominate all three for Best Picture just based off their existence. While I'm just left wishing these came out a few years earlier so that he could have chosen well-animated and interesting movies for our "Daddy and Son Movie Nights" instead of all the Jungle Book, Finding Nemo, Madagascar and The Lion King knock-offs from Netflix.

Okay fine, he did also pick Happy Feet, the original Kung Fu Panda, and Shrek so it hasn't all been nightmares, but I'll never be able to erase Turtle Tale 2, Delhi Safari, and Khumba from my memories.

There is no point focusing on animated mockbusters when we have this delightful and charming teaser trailer for The Secret Life of Pets. I know Summit essentially sneaks up to our bedroom and sleeps on our bed when we're gone, so I wasn't in a huge need to solve the mystery of a pet's life when the humans are away. This was cute with the cat trying to fight the urge to eat a whole turkey, a dog's big plans being waiting by the door, and another dog using a mixer to get a massage.

This doesn't show any signs of an actual story here, but the teaser is to just make us smile and now get warm fuzzies every time we hear the title. Plus it has one of the funniest and most engaging voice casts with the likes of Louis C.K., Ellie Kemper, Jenny Slate, Kevin Hart, Lake Bell, Albert Brooks, and Hannibal Buress. The world will literally explode by defying all divine laws if the movie isn't hilarious.

Plus Illumination Entertainment can boast one of the best non-Pixar and Disney franchises in Despicable Me and has figured out how to make smart and sly funny features that appeal to both adults and kids that doesn't just rely on being a steady stream of pop culture references. Plus it has cute animals, so it guarantees at least one night of my son transfixed to the screen.
Louis CK Movies Review The Secret Life of Pets Trailers