They Must Have Finished that 'Paranormal Activity: The Ghost Dimension' Script 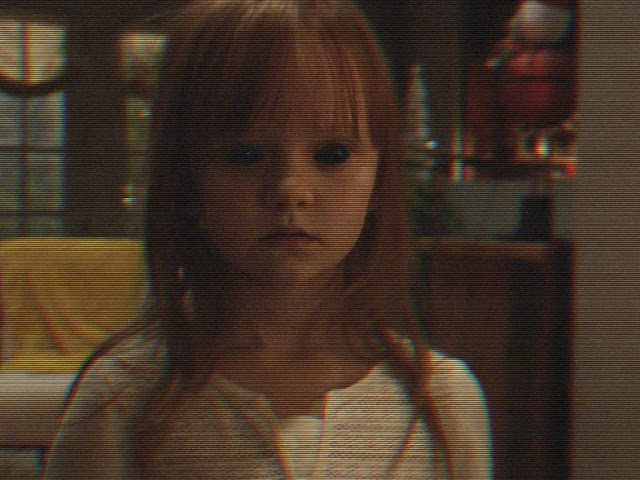 It looks like Paranormal Activity: The Ghost Dimension isn't just a threat used against naughty critics to make them go to bed on time. There is now a trailer to prove this is going to be an actual movie and to really strike fear, it is going to be in 3D. This movie has been talked about ever since Paranormal Activity 4 was released back in 2012 and has been haunted by several delays and pushing back of the release date. One obstacle would have been the focus on the "spin-off" The Marked Ones, though I'm still not sure why we don't call that one the fifth other than it wasn't about stupid, rich white people.  Then there was that pesky script that they still had to write with three months left before the then schedule released date. I have a sneaky feeling for the last two years all they've had is a title and a knowledge they weren't ready to end the franchise but lacking a story to justify a next chapter.

The trailer looks like a pretty typical Paranormal Activity movie with little children being spooky, people examining videos instead of running, and a whole slew of those popular jump scares. At least in the case of this franchise, the scares mean a legitimate threat rather than a neighbour patting the protagonist on the back or a cat jumping out from the shadows. I also thought the opening sequence where the girls on the old videos could see guys in the present was creepy and a little chilling.

It was also announced earlier this week that this is going to be the final instalment of the series (it hasn't been specified if that counts the spin-off too -- but I sense that will be their way around that promise if this one shovels mountains of money). Jason Blum and company are promising answers will be given, we'll finally see Toby, and even get to jump into that fabled ghost dimension. This also seems to be the most special effect heavy of the franchise with more than just moving blanket and closing doors but rather actual CGIed ghoulies swirling about. I'm not really sure if it is the upgrade that the filmmakers believe though.

This series just hasn't been my thing except for the surprisingly good Marked Ones. That also means it is on a streak for quality (one), and even if I can't muster much excitement, I know there has been a crowd dying for this series to return. It look like it wants to end with a bang and maybe a "boo" too.
Movies Paranormal Activity: The Ghost Dimension Review Trailer