Ava Duvernay's Rejection of Marvel Is a Win for Independent Filmmakers 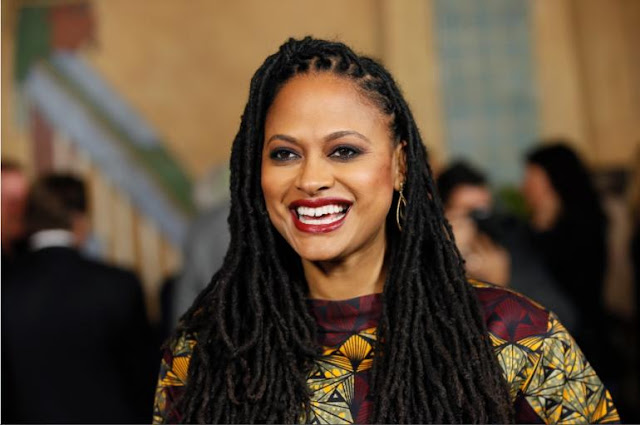 I've already discussed Ava Duvernay turning down Marvel's offer to direct Black Panther on this morning's podcast with Scott, but another major talking point ripping through this news item is how utterly pointless it has become to get excited about talented independent filmmakers being hired on for big studio tentpoles. The evidence has been stacked this summer with movies like Avengers: Age of Ultron and Jurassic World that are special effects focused spectacles with the number one goal being to extend their series to infinity and beyond; they only show glimmers of the personality and creativity of their respective directors Joss Whedon and Colin Trevorrow. In the case of both movies, I think they were much better due to the director that they had but neither are anywhere close in quality of the director's smaller works that clearly had their voice and passions aligned. Almost every movie with hopes for a strong box office and especially one with intentions to become a franchise are essentially studio manufactured creations where the filmmaker is little more than a pseudonym. Yes, they are involved and work incredibly hard, but how different would any of the movies really have been if a "lesser" director was put in the chair.

Mad Max: Fury Road and most Pixar productions feel very personal and are sprung fully from the imagination of their creator (or at least feel like it), but they're the glaring exceptions that causes them to be so far superior to everything else. As Marvel Studios had continued this game, they've allowed each movie to be superficially different but they have a strict formula and a rigid vision of what is a tentpole that will suffocate any filmmaker who believes otherwise. I actually think control issues are much worse from all the big studios that are fiercely playing catch-up to Disney and Marvel.

My first instinct is to groan that Marvel's narrow-mindedness has stopped Duvernay from making the movie she wanted with Black Panther. As I said on the show, Marvel likely just wants a superhero movie where the protagonist just happens to Black rather than a picture that really explores issues or challenges the viewer. The Marvel version is sure as hell not a Duvernay movie, which makes it rather pointless to bother having her attached.

So, this is the state of cinema that we are in. I still get excited when a talented independent filmmaker gets a shot to helm a gigantic production and have hopes the magic they made on the independent level can be repeated with the bonus of a massive budget (I'd love to see David Robert Mitchell or Amma Asante be given a big movie). Deep down I realize it doesn't matter who directs them because it is the studios heads calling the shots.

This is why Duvernay must be applauded. She is going to continue to make the movies she wants to make and likely have a lot more creative freedom. They may not make the multiplexes or be seen by the masses, but they'll likely be much more creative and captivating pictures. The independent scene is continuing to grow and there are way more platforms around now to make it easier to access these movies. I think we are currently entering into a golden age of independent films where hot new talents are rising but also veteran filmmakers are returning so they can make the stories that fuel their passions.

I'm almost rooting for independent filmmakers to stay away from the big studio system. Put their trust in film critics to champion them and Netflix or other outlets to give them the necessary exposure. Allow them to make real art and delve into experimental filmmaking, and craft new and exciting movies.  My hope is in this new environment where Netflix willing drops a few million that a budget conscious and talented filmmaker can make a decent living and continue to make the motions pictures that drive them and allow their voice to shine.
Ava Duvernay Movies Musings