'Fantastic Four' Trailer Officially Has Me at 'Meh' 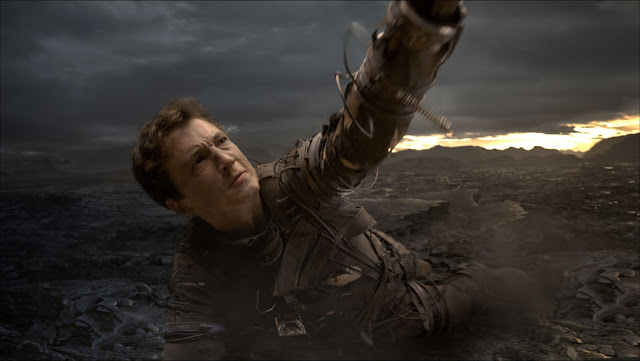 I'm a sucker for stories about the creative and optimistic kid defying the realities and going against the doubters to make something great, but sadly, Fantastic Four isn't that kind of story and brief bits conveying that in the trailer are close to the exact length (with likely an extra scene of the dad telling his son to stop fooling around and go play sports) devoted to it in the movie.


Actually, this trailer seems to be promising a whole lot of stuff we've seen in countless other super hero movies and has lost much of the distinctiveness promised in some of the first few trailers. The intrigue over if the Fantastic Four where going to be trapped in another dimension for half the movie or my wondering if the father scientist wanting his children back meant literally from another place or more feeling disconnected now they have powers are things brushed aside in this trailer. The super hero team seems rather spunky and thrilled over their new powers and ready to kick some Dr. Doom butt. The father does question the military about turning his kids into weapons but even that seems secondary to the group uniting as a team to save the world.

I'm left wondering what exactly makes this movie different than all the other super power team up movies like X-Men or Avengers? Sure they may not be friends at first or they still need to work out their powers, but half way through all is cheery because there is a greater evil. I'm not sensing the character driven elements or dramatic depth that the teaser from way back hinted. This just seems like a factory ready special effects popcorn muncher that may be entertaining but has been seen many times before. It also has the annoying non-Marvel Studios trend of being really dark and greyish, because it is hip to squint your eyes when trying to watch something on a mammoth screen.

I am also not really sure why we need yet another origin story, especially since we got it a decade or so ago. Just once I'd like a first installment to skip the 90 minutes of origin and just throw us right into the fresh story. Rather they could have a throw away moment in the middle of the movie where the hero addresses a group of schoolkids about the importance of not playing with plutonium because the risk is too great to hope they'd also be able to fart out radioactive dinosaurs.
Fantastic Four Movie Review Trailer