I Should be Terminated for Forgetting J.K. Simmons 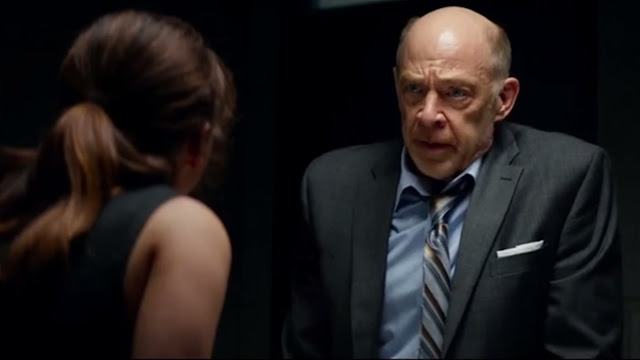 On this morning's podcast, both Scott and I completely suffered from extreme brain farting by not mentioning J.K. Simmons's performance and role in Terminator Genysis. Simmons proved once again that he is the shining gem in almost any movie that he appears. This time he brings some of the comic relief but he is also the audience's conduit into the ridiculous sci-fi action as he is the average person working through the chaos that is always necessary in these type of movie but is missing in all our main protagonists since they're all up to speed before the opening credits. I'm shocked I completely blanked on mentioning it since it really was one of my favourite parts of the movie and added some extra meat and grounding. Unfortunately, it is also incredibly underwritten and eventually proves to be superfluous as his character's story never gets a proper pay off or seems to justify a reason for his inclusion. So, it speaks more to the immense talent of Simmons that I feel the need to give it special mention rather than any brilliance with the character.
JK Simmons Movie Terminator: Genisys