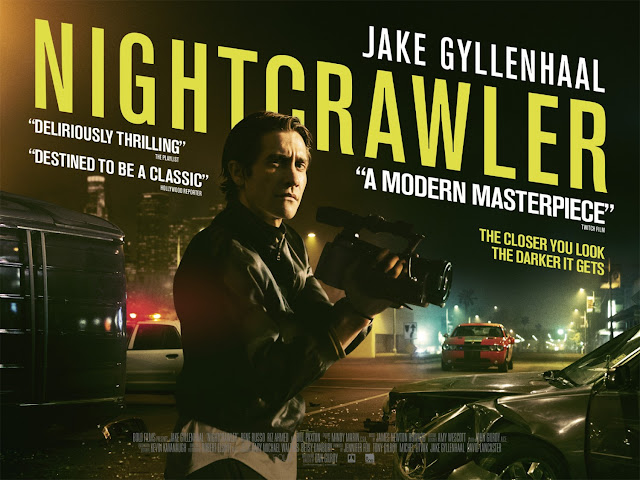 There is a good chance you don't spend time scrolling through my comments section on the site (though if you did, lately it would probably only take you a minute or so to finish), I wanted to bring to the blog proper a bit of discussion that was sparked between me and my fellow The Movie Breakdown host, Scott Martin. He essentially lamented that there have been many really great movies in the past year that his friends haven't even heard about. He didn't put the blame on the studios, but I'm sure there is a jab there against how they prioritize their marketing and what gets the wide-release slots.

In my response, I fully admitted the studio system is broken as they're obsessed with making big budget franchisable tentpoles (to the point there is no room for anything else as the tent has become rod and pole storage) or in the fall, they focus on Oscar award winners, which sadly isn't the same as making thoughtful and challenging or even high quality movies (it mostly means countless biopics about geniuses). Diversity at the wide release level has become very scarce with almost everything being about recognizable brands and spectacular special effects. There are exceptions but the "something for everyone" strategy has eroded unless everyone wants to see superheroes.

But Scott mourned that all his friends haven't seen Nightcrawler or even heard of A Most Wanted Man and hinted Inside Llewyn Davis went largely ignored amongst his crowd too. While I feel his pain, I'm less willing to throw the blame at the studios and say his friends not knowing or seeing these movies has less to do about the studios and more a reflection upon them and the ignorance is their own fault.

Nightcrawler made its way to Brantford screens, which based on it being a smaller city, means the picture probably made it out to most Cineplexes in the country. A Most Wanted Man and Inside Llewyn Davis was closer to limited but I saw pretty extensive marketing for both on television (my non-movie buff wife was aware of both movies thanks to countless ads). It wasn't like these were closely guarded secrets or the studios actively hid them. If someone really wanted to watch mature focused movies that were more than special effects and have a strong focus on complex characters then they could have found these movies. These were movies we praised and discussed on our own podcasts, and they also got many essays and articles on film sites and magazines.

I don't want this to sound like some kind of attack against the company Scott keeps, because movie watching habits don't reflect the value of a person and also this problem is much larger than his crowd. I know a person who whined about the state of cinema but when I brought up movies like The Grand Budapest Hotel or Boyhood or A Most Wanted Man as pictures he should check out, he opted for Expendables 3.

That is the real and big problem here. Yes, studios aren't offering the same variety and cinema is very focused on a specific kind of movie. But there are alternatives and options and really great movies, but the consumer who is eulogizing cinema is picking the popcorn munchers over the higher quality movies. Often when both movies are in the same movie theatre or when someone actually laid out the movies they could go see, it is the shinier and louder one that they were complaining about that gets the nod. The things is that complaining is the past time of many and deep down they want to embrace the movies that are non-demanding and go down easy with their tub of popcorn.

Nightcrawler or Boyhood or A Most Wanted Man weren't box office giants, but they aren't obscure movies either. It isn't like the experimental science fiction movie Under the Skin or a foreign picture like Gloria or We Are the Best! These are movies that got a lot less advertising and only made it into the cinemas of major cities. Even in all three of those cases, there are pictures that got far less attention, considering Under the Skin has a bona fide movie star in Scarlett Johansson in the lead.

My point being that if you've been whining or complaining about there not being any original or adult-focused movies to see then it really is your fault. There are countless websites promoting these movies and they do get TV ad time. We live in a time where it is easier to see them than ever before with streaming services and on-demand. Actually, if you have Netflix in Canada then you can watch right now The Grand Budapest Hotel, Nightcrawler, Inside Llewyn Davis, Boyhood, Gloria, and We Are the Best! On the American Netflix, they have A Most Wanted Man, so none of these movies take wrestling a bear and walking a creaky bridge to watch. All of them were promoted when they came on the services as well.

The answer is to stop the whining and get to the watching. Unless of course you'd rather see Teenage Mutant Ninja Turtles or The Maze Runner, which just means you're reaffirming and encouraging those big, evil movie studios.
A Most Wanted Man Boyhood Movies Musings Nightcrawler