They Kind of Still Do "Make Them Like They Used To" 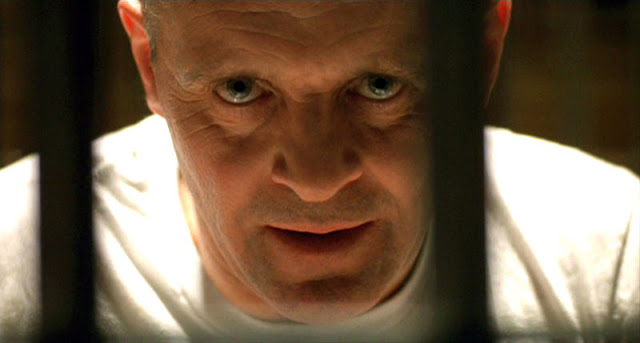 On this week's The Movie Breakdown, Scott mentioned The Silence of the Lambs as the type of movie that doesn't get made by major movie studios anymore. I didn't agree with him exactly, but he is far from the only movie writer to peg that thriller as a "they don't make them like they used to" type picture. I got thinking about the movie and realized it actually has a good deal in common with a popular wide release thriller from last year, Gone Girl.

Both pictures are adaptations of incredibly popular best-sellers that had a decent foothold on popular culture even before the movie came out. The big difference is that Gone Girl is the even less commercial picture with non-traditional, labyrinthine plot that is populated by largely unlikable characters with a purposeful downer of an ending. While Lambs is closer to a more traditional but slickly paced, page turner of a thriller that has a straightforward narrative with a very likable and relatable lead (one of Jodie Foster's best roles, which looking at her portfolio is a huge thing to claim). It is a great movie that earned its Best Picture win and has complex characters and major dramatic depth, but I'd also say those things mostly describe Gone Girl too. Though saying all that, Gone Girl was such a refreshing movie, because it is rare and original. There is enough evidence to believe those kind of movies do still arrive to the multiplexes as long as you can wait until the Fall.

A much rarer breed in the modern landscape are pictures like Taxi Driver or All the President's Men. Thrillers that have a counter-culture and subversive edge to them that are less focused on action and more immersed in the internal struggle of the characters. In the case of All the President's Men, it has a very strong anti-government vibe and one that isn't scared to force up self-reflection and questions. It is the type of material and provocative storytelling that seems to be eternally trapped in 1970s cinema. The only real modern movie that jumped out at me that followed a similar tone was A Most Wanted Man. It is one of Philip Seymour Hoffman's last movies and one of the most neglected and underrated movies of last year. A really great old-school thriller that isn't about the twists or hotly paced action, but rather about the questions it plants inside you and the internal struggle that Hoffman has while discovering the truths of his case. It also isn't scared to be prickly in its depiction of the American government.

No matter if you agree with me or not, every movie mentioned here is worth checking out in case you've let them pass you by. They aren't standard films but have something very special.
A Most Wanted Man Gone Girl Movies The Silence of the Lambs