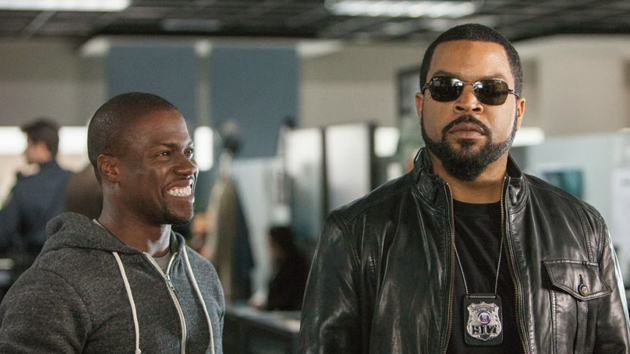 Kevin Hart and Ice Cube have established and expected characters when it comes to their movie roles. Hart is a wild limb waving, motor-mouthed man-boy who talks toughs and is largely inept at standing up for himself. Cube scowls and kills with his stare. One's anticipation for Ride Along 2 relies on how much those acts still excite and elicit laughter. If you entered the groan phase, then it's best you move on. I know the original got critically blasted, but the guys seems to have a fun dynamic and buddy action comedies almost completely rely on the chemistry of the two leads. It may not measure up to the standards of The Heat or 21 Jump Street, but a few of the gags in the trailer got an almost chuckle out of me that would always play better on the big screen with a packed house ready to laugh. The "using the turning signal during a high speed chase" gag is pretty brilliant that also goes a long way to establishing how much Hart's character is out of his element as police officer. I'd definitely prefer 90 minutes of these guys riffing off each other than another tedious Vince Vaughn or Adam Sandler mainstream comedy.