'Sesame Street' Will Be Brought to You by the Letters HBO 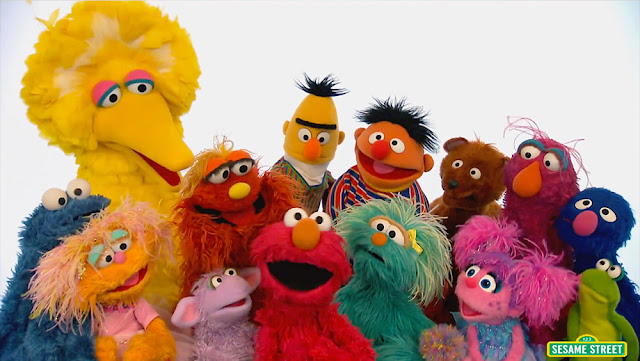 If you want evidence that the way media is consumed and the direction of television is drastically changing then THR revealing that Sesame Street is entering into a 5 year deal with HBO should be enough to sway the jury. HBO has long been heralded as the channel that caters to the culturally sophisticated viewer that demands niche entertainment that is above broadly appealing network shows. I assumed just like diamonds and Highlanders that Sesame Street would live forever on PBS and it was just one of those series that was invincible to measly things like finances and production costs.

I was wrong. Well, not entirely wrong as the series will remain on PBS in essentially rerun form, but starting this fall the first-run episodes of Sesame Street will air on the premium cable channel. I don't know what this means for Canada though, because when I've watched episodes with Everett it has mostly been on Netflix.

That is the kicker right there. Assholes like me that haven't been willing to watch it the traditional way and perpetuated the problem of the younger generations expecting the viewing to be on-demand or available on multiple platforms has set my son on the path most networks dread. The younger generations aren't down with adhering to TV schedules or having to put up to advertisements. In the case of Sesame Street it has meant that PBS hasn't been able to be the same revenue stream it was in the past since not as many kids are watching it on that channel anymore. Plus the market place has changed in a way that the licensing revenue stream that has fed Sesame Street hasn't been as lucrative. People aren't getting the DVDs when there is so much of the content in their streaming packages.

It is the same proliferation of streaming that hurt Sesame Street that also turned it into an enticing property for premium cable. Up to this point, the notion was that HBO was too prestigious for such lowly things like network television and for the most part has created its premium content in-house. Suddenly, 'free' and broad entertainment has become a sought-after entity by HBO. The reality is that right now Netflix and similar streaming services are the major competitor to HBO. This is an obvious reason why they launched HBO Go as a stand-alone streaming service.

One of the biggest hits on the other streaming networks is children's programming. Netflix has spent millions on original children's shows in the past few years and it has been some of their highest watched shows. If HBO wants to enter that game then it makes sense to bolster its chances of success by landing the biggest brand name in children's programming. The biggest victory is not only getting a series that will grow an audience by its massive broad appeal but also a show that maintains their reputation of delivering the highest quality shows. When it comes to shows geared to the youngsters, I can say that with confidence as a father who has done his time in the trenches of fare aimed at the preschoolers that Sesame Street is the golden goose.

This deal also answers the big question of why Cookie Monster and Elmo are plastered on all things kid related. Big Bird and friends need to fund those high production values somehow, and apparently, those products haven't been enough since they have been cut down to 18 episodes a season the past few years. HBO deal not only brings it up to 35 but likely will even see a uptake in visual quality and a chance to be a bit more experimental in the presentation (from a style and presentation stand-point -- I'm not expecting gritty reboots of The Count and Snuffleupagus).

I'm sure there are some that lament this breaks the myth of Sesame Street being non-profit as it is now on premium channel that demands you to pay to see its wares. I don't see how this is really all that different from Sesame Street adorned toilet seats or DVD specials. We've always needed to pay for some product with the iconic characters or had exclusive content that came with a price tag. Sesame Street is still for free on PBS, we'll just need to wait 9 more months if we want the new stuff, and I'd guess it will still be hanging out at places like Netflix as well (though that may change since HBO Go is going to stream the older library).

The biggest benefit with HBO helping to pay the bills, is it will likely open up opportunities for different programming with our favourite furry buddies who love the alphabet and numbers. There is already a Sesame Street Muppets spin-off in the works. What I really want to know is if the 30 year long wait is over, and we'll finally be getting Follow That Bird 2. 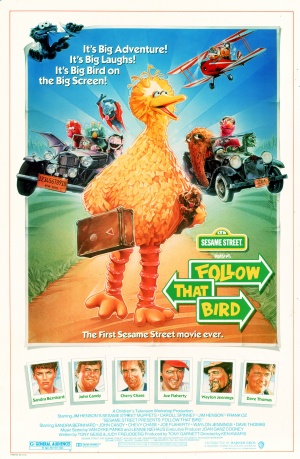