Everett Breakdown of 'The Rescuers' 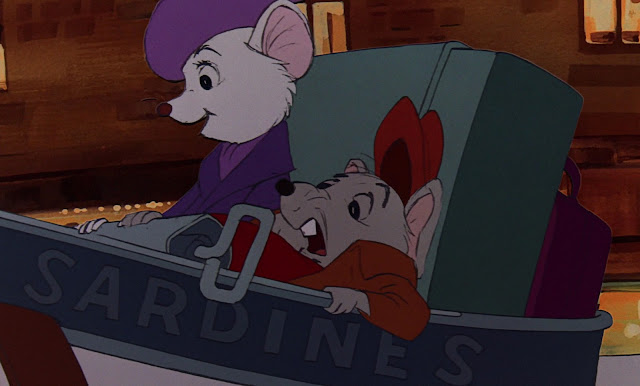 Everett returns to gives his deep insights on the Disney classic, The Rescuers. This was actually the third time we talked about the movie on Sunday (the day we record the show). The first time, Everett wanted me to remain in the bathroom while he gabbed away in the "podcast room" to prove that everything we talk about on the show could be heard through the vents. When I went down to congratulate him on being correct, he wanted me to plug in the mic so we could do a podcast. So, I 'plugged' it in despite not having the laptop or recording software present and did a "podcast." It actually was quite cute getting his interpretation of what happened in The Rescuers, and he also had impressive recall considering we watched it before Christmas. This was also a "show" were I didn't need to lead him to any of his answers. Eventually, his recollections of the movie detoured to the inevitable appearance of a hippo. For the most part, he talked about the actual movie with some four year old child interpretations of why the kidnappers took the girl (they don't like kids and wanted to make her dress dirty).

I believed that was that and we wouldn't need to record an actual show, though I now wish we just held off until we could record it. Once Scott arrived, it became clear that Everett was aware the original was a charade and he wanted to do the podcast again. Though halfway through Scott realized he was going the fresh and innovative route of "recording" without hitting the record button.

The third take is what you have below. Everett essentially skips actually trying to discuss the movie he saw and jumps into full fantasy. It's still cute, but this time he is rather eager to forget the mice or delve into kidnapper motivations and get right into the (non-existent in the actual movie) jungle animals.