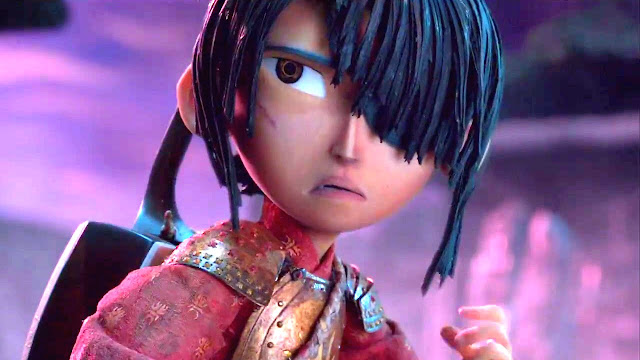 When people talk about the challenger to Pixar and Disney's throne as top animated studio, people will often throw the very hit or miss Dreamworks Animated Studios in the mix. I think that is due to the misguided habit of lumping everything not Pixar/Disney under the Dreamworks label (even though there are several not-Pixar mainstream animation companies). Even worse, there are many who would give me a glazed over look if I mention Laika. This is a shame because they are one of the most ambitious and creative companies doing mainstream animation. They've brought us gems like ParaNorman, Coraline, and The Boxtrolls.

They stand out from the pack due to their pain-staking and meticulously crafted stop motion mixed with CG animation style that has made for some of the most wondrous cinematic experiences of the past decade. Their movie are also imaginative and vivid in their storytelling as well. They often feel like legends that got passed down the ages with some modern reworkings to connect with today's children audience.

The legend style storytelling is prevalent in Laika's latest to be release this August movie in Kubo and the Two Strings. The feature looks gorgeous and the visual world is different than any other animated universe. The story itself seems to be daring for an epic adventure with an interesting mystic take on the young boy going on a quest to become a chosen hero. Kubo grows from a small villager entertaining the citizens to a powerful warrior who uses his humble instrument to fight back spirits. I'm not sure if there is actually inspiration from Japanese legend but it is based in the country and clearly has heavy fantasy leanings. This won't come anywhere close to grossing what Moana or Finding Dory earn but this is the most exciting original animated feature of the year. I have high hopes it will prove once again that Laika is the best unknown animated studio.