'Me Before You' Trailer Shows Sarah Connor Much Happier Without Cyborgs 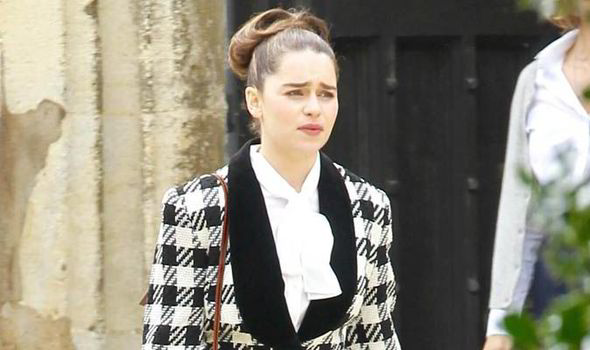 Me Before You is a romantic picture but with wheelchairs. It also looks to be borrowing from the Nicholas Sparks guide of storytelling with running through hospital hallways and potentially one of the love interests getting a funeral before the run time is done. None of this is too eye-rolling, because Hollywood has shunned romance for the last several years and so this feels a little less derivative than usual. The real thing that makes this stand-out is the British infused wit in the dialogue that makes this seem much lighter and bouncy. I can survive these characters and may even like them because they're funny, smart, and don't take themselves too seriously. It also is nice to see Emilia Clarke show some more personality after her turn as Sarah Connor in the already not very well-aged Terminator Genysis.


Emilia Clarke Me Before You Movies Musings Review Trailer